Rumors have been floating around for the past week or so that WWE currently plans on having Brock Lesnar return to challenge for the WWE world heavyweight championship in the main event of SummerSlam on Sun., Aug. 17, 2014, at the Staples Center in Los Angeles, California.

Furthermore, those same rumors stated Lesnar would be challenging whomever wins the title at this coming Sunday night's Money in the Bank pay-per-view (PPV) in Boston, Massachusetts. The planned winner, again according to rumors?

Because rumors are hit and miss, you could simply ignore all that and proceed as normal.

Then, Amazon revealed the following poster on its site: 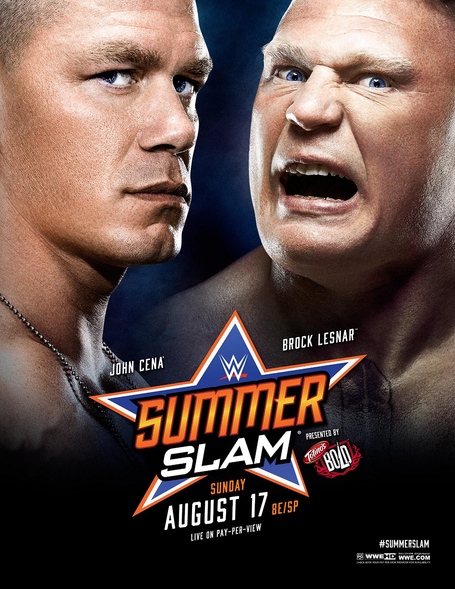 Naturally, this is being taken as a spoiler by many that WWE is, in fact, planning on Cena winning the title and Lesnar returning to challenge for it after he broke Undertaker's undefeated streak at WrestleMania.

Continuing the theme, if the rumors are to be believed he's probably winning too.