This is probably reading too much into something, but, to paraphrase Mark Henry, that's what we do. WWE Shop is having a big President's Day sale on past champions' merchandise. But a certain five time champ isn't included. What could it mean?

Share All sharing options for: CM Punk merchandise not included in big WWE Shop sale on past champions

In honor of President's Day weekend (for our non-American readers, this upcoming Monday, Februrary 17th is a national holiday honoring past representative-democratically elected executives, scheduled near the birthdates of main eventers George Washington and Abraham Lincoln), WWE's online store, WWE Shop, is having a sale on replica championship belts and the merchandise of past champions.

One past champion's merchandise does not seem reflect the up-to-60% discounts on the gear of former champs like Daniel Bryan, John Cena and The Rock.

You may have heard of him; he once held the WWE championship for 434 days...CM Punk.

Now, other than the disappointment many will no doubt experience that you can't get this baby for any less than the $19.99 full price: 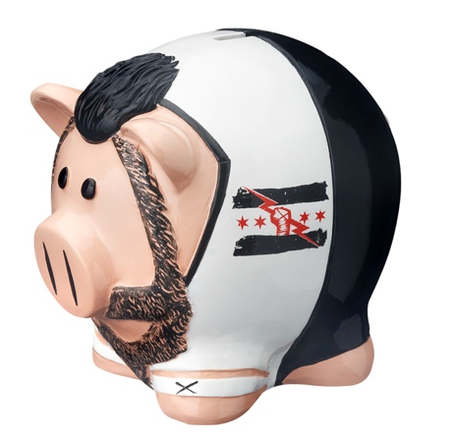 what does the decision to not mark down Punk-logoed goods mean?  Who knows, but here's some ideas:

Let us know what you think, Cagesiders.  And while you're making up your mind, head over to WWE Shop for some sweet deals on John Cena t-shirts.  On sale and available on pretty much any color you can imagine!