Election Day brought plenty of votes for the President of the United States but it also brought votes from WWE.com visitors electing four members for the WWE's version of Mount Rushmore.

WWE.com wanted to get in on the Election Day fun, so they created a nice poll for visitors of the site to vote on a Mount Rushmore of WWE. 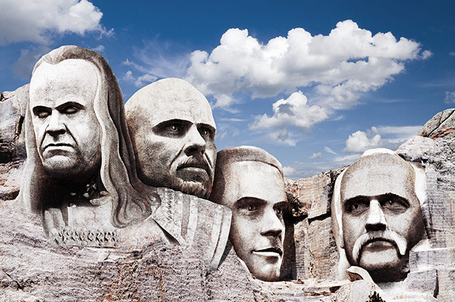 Not going to lie, that's a little disappointing, although not surprising considering the audience of today.

This is a debate we've had time and again here on Cageside Seats, so let's start it back up. Who really belongs up there on the Mount Rushmore of WWE?