This is so fitting.

If Cageside Seats had a Hall of Fame, Stone Cold Steve Austin would undoubtedly be its first inductee. That's because we've held two tournaments and "The Rattlesnake" has won them both, first for Greatest Wrestler and now for Greatest Match.

At this point, Shawn Michaels is quickly becoming an underdog once again, as he's had a legitimate case for winning both tournaments and never even made it to the Final Four in either of them.

He'll get another chance in the next one, though, whenever that one comes to be. That's because the next one is the Greatest Tag Team Tournament and The Rockers will certainly be a top seed. Then again, so will the Hollywood Blondes, which means Austin will have the chance to win his third straight tournament.

Can he do it? Stay tuned for that later.

Until then, thanks for voting, everyone! 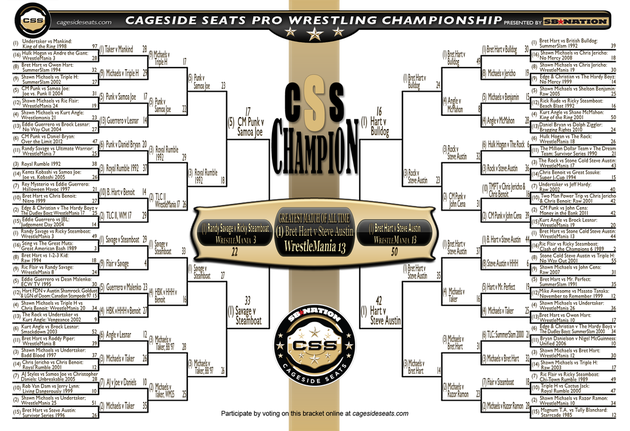