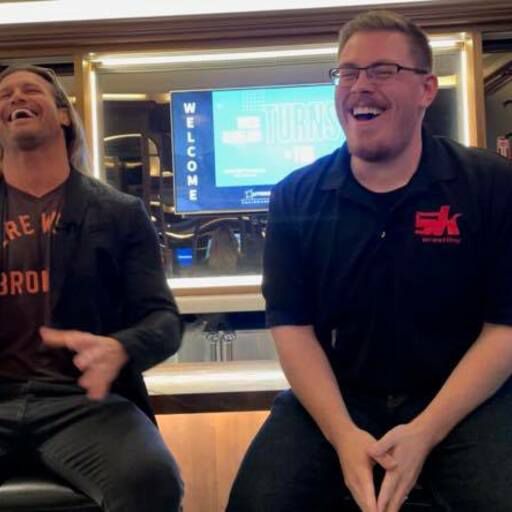 Not only is Rick a pro wrestling columnist and journalist for SB Nation, but he is also a 13-year broadcast professional based out of Cincinnati, OH. He's currently the Morning News Anchor for News Radio 700WLW and Sports Reporter for ESPN1530. He is also the host of the Bleav in Pro Wrestling Podcast for the Bleav Podcast Network. Rick has had the opportunity to interview a number of high profile guests over the years including: Becky Lynch, Bayley, Jon Moxley, Drew McIntyre, Bobby Lashley, Mick Foley, Bianca Belair, Rhea Ripley and so many more. Subscribe to the Bleav in Pro Wrestling YouTube Channel to catch all of Rick's exclusive interviews and shows. Follow Rick on Twitter @RickUcchino

Controversy has created a major opportunity for Tony Khan and AEW

What’s done is done. Tony Khan can’t change the past, but he can change his recent bad fortune with what he chooses to do next. Options and opportunity lay ahead for AEW’s CEO.

It’s go time for the next evolution of Shayna Baszler

She’ll challenge Liv Morgan for the SmackDown Women’s title at Clash at the Castle, and she talked to us about how that’s part of her & WWE moving forward in the Triple H era.

Damian Priest: The Judgment Day is just getting started

Good news for us. Bad news for Edge & The Mysterios.

Lashley: I’ll be WWE champ again, but now I’m elevating others with the U.S. title

During Summerslam weekend, we caught up with Bobby Lashley. He talked holding onto his current belt. working with Theory, the mindset of younger talent, a potential match with Gunther at Survivor Series, and more!

The former NXT Champion says he isn’t going to change his approach one bit now that his mentor is in charge of WWE Creative.

Happy Corbin has a plan to beat Pat McAfee... and Bobby Flay

One of WWE’s most reliable heels also talked to us about the possibility of turning face before he retires and heads to Food Network. Check out the whole interview here.

We got a chance to talk to the wrestler formerly known as Ember Moon. She told us she was limited by what she was allowed to do in a WWE ring, but she’s ready to unleash the warrior within now that she’s in AEW.

We got a chance to chat with one of wrestling’s most universally beloved figures. Check it out!

We talked with Evans about stepping away from the business while working with Charlotte & Ric Flair, and the opportunity ahead of her at Money in the Bank Saturday night.

Money in the Bank is this Saturday. Who has the best chances of walking out with a briefcase for a Women’s title shot? Let’s look at each competitor and separate the contenders from the pretenders.