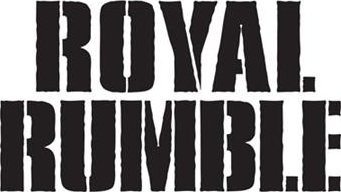 Prior to the WWE Women's Evolution, the men were the featured performers while the women were seen as a sideshow. Back then, fans accepted that. However, in recent years, things have begun to change. UFC star (and current WWE talent) Ronda Rousey proved that women could fight and throw punches just like men, killing the concept of the catfight entirely. In addition, tennis player Serena Williams, race car driver Danica Patrick and the United States Women's Soccer Team also became ratings draws regardless of gender not to mention the #MeToo Movement which made women sexualized as being frowned upon these days.

While the Royal Rumble PLE to not have a women's Royal Rumble match ten years ago wouldn't get much negative backlash back then, it certainly would today. Livid fans would post negative complaints on Twitter, Facebook, Instagram and other social media outlets regarding the WWE not treating men and women as equals and the PR would condemn the WWE as well. Today's WWE women's division has a plethora of women who each have a unique look and character which is a far cry from the WWE Divas Era which, saved for a few indie wrestlers had mostly women who basically looked and wrestled the same. Fans who used to use the women's matches as the bathroom break/popcorn match now actually watch women's matches while a match like Dexter Lumis vs. The Miz would be the new bathroom break/popcorn match.

Fans' attitudes have changed since 2013, and a Royal Rumble PLE with no women's Royal Rumble (or any other women's match) would now be unacceptable nowadays in the rising social climate of gender equality.