While speculation over the future of World Wrestling Entertainment grows, the potential sale of pro wrestling's biggest promotion has fans feeling a particular way. The uncertainty of WWE's future has me in a mood that only the opening lyrics of No Doubt's hit, Don't Speak, can describe.

As WWE has outlived or vastly outperformed its competitors, I never thought the day would come when a McMahon wouldn't own it. I thought this thing, under the McMahons, would last forever, much like Major League Baseball or the NFL.

Regardless of who buys WWE, my biggest fear is that it won't be the same, that over time, it will fall into the wrong hands, become sorely mismanaged, and ultimately cease to exist. And with it goes the history and footage of every major organization that WWE has in its portfolio, thus marking the definitive end of professional wrestling.

That pains me because I've been a wrestling fan since 1985. This love affair has outlasted almost everything in my life. That includes time with my parents, who have passed, and my years as a Catholic. My gateway into this fantastic genre was through WWE. So the idea of losing it is akin to a city losing its longtime sports franchise (eat it, Dean Spanos).

As other fans express similar sentiments, I've seen many of our brethren encourage those folks to support the industry through alternative organizations, and I appreciate that kindness. But for me, there is no alternative to WWE.

Now, before most of you head straight to the comments section, this isn't a tribalistic rant. Please, stick with me, and I'll explain.

I was eight when I discovered what was then known as the World Wrestling Federation. What drew me in were the oversized people and personalities that I had never seen anywhere up to that point in my young life. By 1986, I was a wrestling addict, consuming everything I could find: the AWA, NWA, Mid-South/UWF, WCCW, GLOW, and of course, WWE.

And there was a common thread among those organizations: the characters.

There were monsters and giants, dragonslayers, good guys and bad guys, most of whom had a unique dialect and way of speaking that entertained me like nothing else. They were storytellers who inspired a range of emotions while sometimes tickling my funny bone. And in the case of Randy Savage and Miss Elizabeth, they even made me cry. 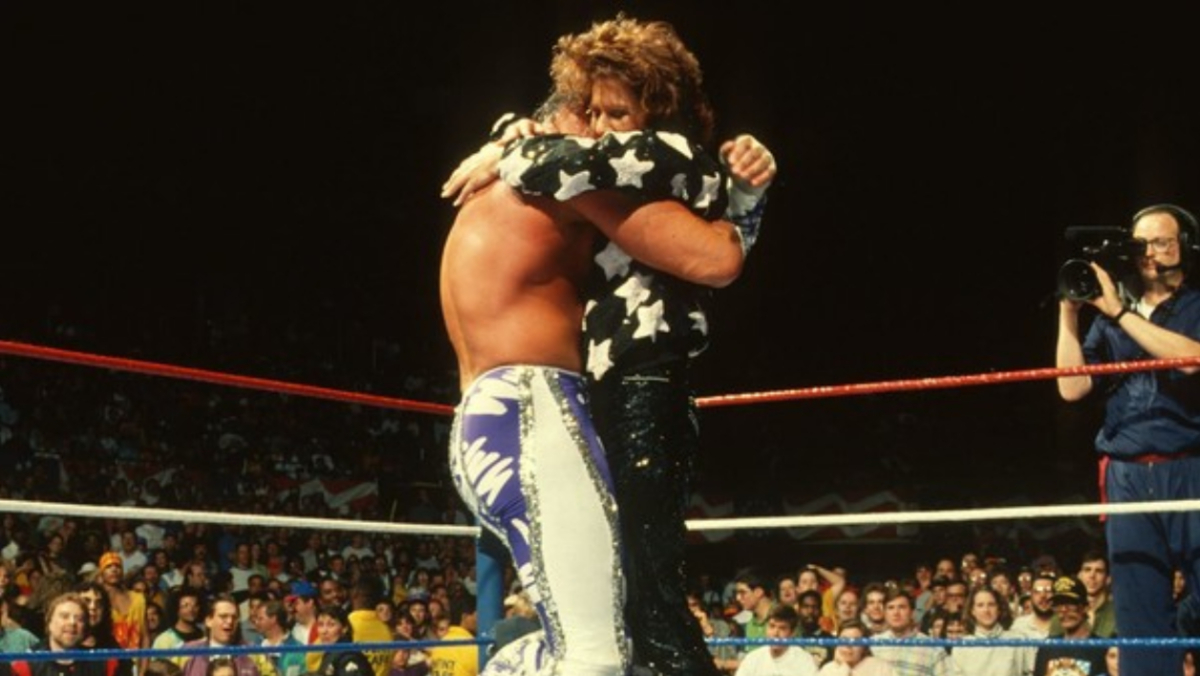 Now, I won't pretend like WWE is perfect. Yet, its production and presentation have always been near-flawless, on par with any big league sport or television program. But as its hubris grew while the quality of its storytelling waned, I began hoping for an alternative.

But it never came. At least not how I envisioned it.

The alternative I sought would be as good or better. I wanted an owner whose ambition rivaled Vince McMahon's. In my mind, this fantasy company would house charismatic and world-class talent that could match or supersede those in WWE, much like the stars of Jim Crockett Promotions did in the mid-to-late '80s.

The closest I got was New Japan Pro Wrestling. But my interest diminished due to its small roster, which produced repetitive matches. Coupled with the language barrier and the time difference between Japan and California, New Japan, as much as I liked it, became more of a chore than a hobby.

Now, I'm aware of other wrestling options, and as I said, I'm not interested in feuding with you, dear reader. In short, let me tell you that I've tried, and much of it isn't for me.

What also worries me is if Vince McMahon opts to sell the business to Saudi Arabia's Public Investment Fund, as recently speculated. I don't know if I'll stick around. And I'm not sure if there will be a serious alternative to revisit as I can only imagine how the Saudi's wealth might affect other wrestling promotions and their ability to sign free agents.

Of course, there's the obvious elephant in the room when considering whether to support a Saudi-led sports entertainment franchise. While I have no issues with the people of Saudi Arabia, their government is a different story.

The irony is that it shouldn't even get that far. WWE and Vince McMahon have enough skeletons in the closet to warrant me flipping them the bird as I wave goodbye. But to do that, I reasoned, would mean extending those fierce standards to every form of entertainment and industry. And to do that would mean cutting myself off from the modern world.

Instead, I opted to stick around with the hope that those found guilty of abhorrent behavior would be outed and removed from their positions. The best, or least, I can do is to distance myself from businesses that actively work against human rights.

Thus, distancing myself from a Saudi-owned WWE seems like a slam dunk until I read just how far the tentacles of the PFI reach, which has minority stakes in 17 U.S. companies, including Amazon and Microsoft. So I can run from WWE, but unless I switch to a hermetic lifestyle, I'm bound to fund the PFI. Hell, I'm probably guilty of doing so already.

So perhaps I should sit back and enjoy the show for however long it lasts, under whatever form it takes. Maybe I won't be alone. Still, the brand I love is changing, and it's all to "drive maximum value for shareholders." I get it.

But Vince, I don't need your reasons. Please, don't tell me because it hurts.