As wrestling weekends go, it was...eventful. After a great WWE show where we saw Triple H begin to stamp his mark on the PPVs (bad boxer karaoke notwithstanding), AEW had the chance to respond. And, umm...the response was...memorable at least. 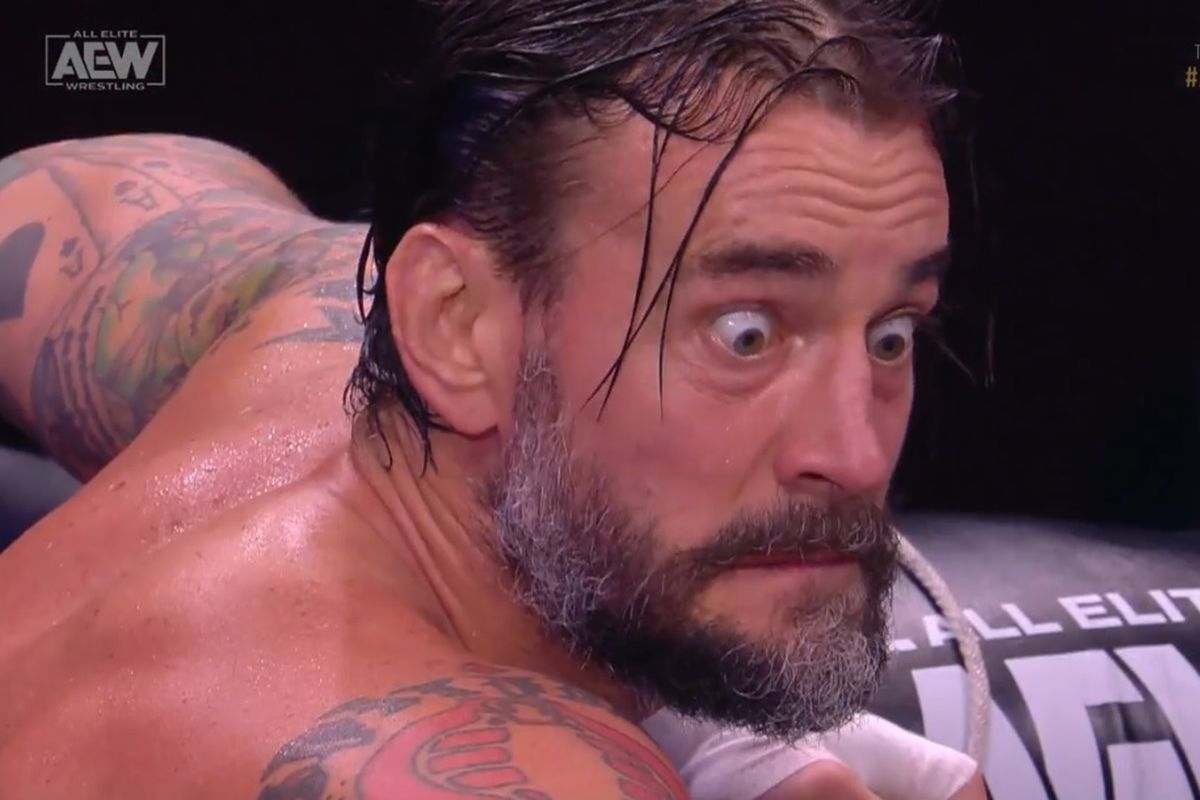 So...as someone who has looked through the looking glass when it has come to various clusterfuckery in the history of wrestling, I think looking at this through whether Punk or the Elite are more right or not is kinda beside the point now. But suppose Punk is totally right (and it isn't a work): that the dumb f**k Hangman almost sabotaged business with him at Double or Nothing by raising the Colt Cobana stuff (albeit vaguely) and needs to be told to listen to others. And let's further say that Meltzer is about as objective about the Elite as Sean Hannity is about Donald Trump and therefore is their stooge to peddle their falsehoods about Punk lobbying Tony Khan to lay off Cobana. And to that end, let's say that Meltzer et al then didn't go to Punk to find his side of the story cause their lazy journalists in the pocket of the EVPs. And because the EVPs are buddy-buddy with Page, they were unwilling to actually rein Hangman in and give him a clip behind the ear to tell him that he did wrong, making Punk feel that he had to give the Anxious Milennial Cowboy a receipt of sorts himself. And finally, let's say that Colt Cobana doesn't deserve the support he's getting from the Bucks, Page and Omega because he, in fact, did extort Punk.

My question at the end of this is: What now?

Because I get that this could be a legit grievance and I'm not exactly enamoured of the idea of top workers as Execs of a wrestling company. But at the same time these are the guys who have helped get AEW from idea to viable place to be. And Punk has essentially drawn a iine in the sand where the fans can either see them as the co-founders of an alternative to the tyranny that was WWE, or a bunch of self-sabotaging marks that would rather hang out with their buds than create a decent company. And he's weaponised them to voice same.

Because like any other rabid fan community, if you invite wrestling fans and crowds to show solidarity with their favourite performer, however tenuous they will take it. And it's something that promotions have been exploiting since the dawn of time. Hell, WWE exploited it with CM Punk (badly) in 2012, with Bryan Danielson in 2013, and with Kofi in 2019.

What happens if Hangman comes out and a sizeable contingent of the crowd call him a "dumb f**k"? What if another section starts a Colt Cobana chant against Punk?

More to the point, if Punk comes out three weeks later after some sort of suspension and says that he was out of line...will anyone believe that he's sincere? Or that the EVPs are essentially forcing his hand so that he can keep doing what he loves?

And what if MJF wins the title, will it always be under the asterisk that it was a political move rather than a purely creative one? Not only that, but will MJF now have to...ignore this huge amount of juicy ammo in case it blows up in the company's face? And what will the crowd do if he does attempt to skirt around Punk's current escapades?

And all of this isn't even taking into account poor Jon Moxley, who had a red hot tear as interim champion in the Summer, only to have it snuffed out by a guy who couldn't even acknowledge at the presser the heart and the soul of the guy he just beat.