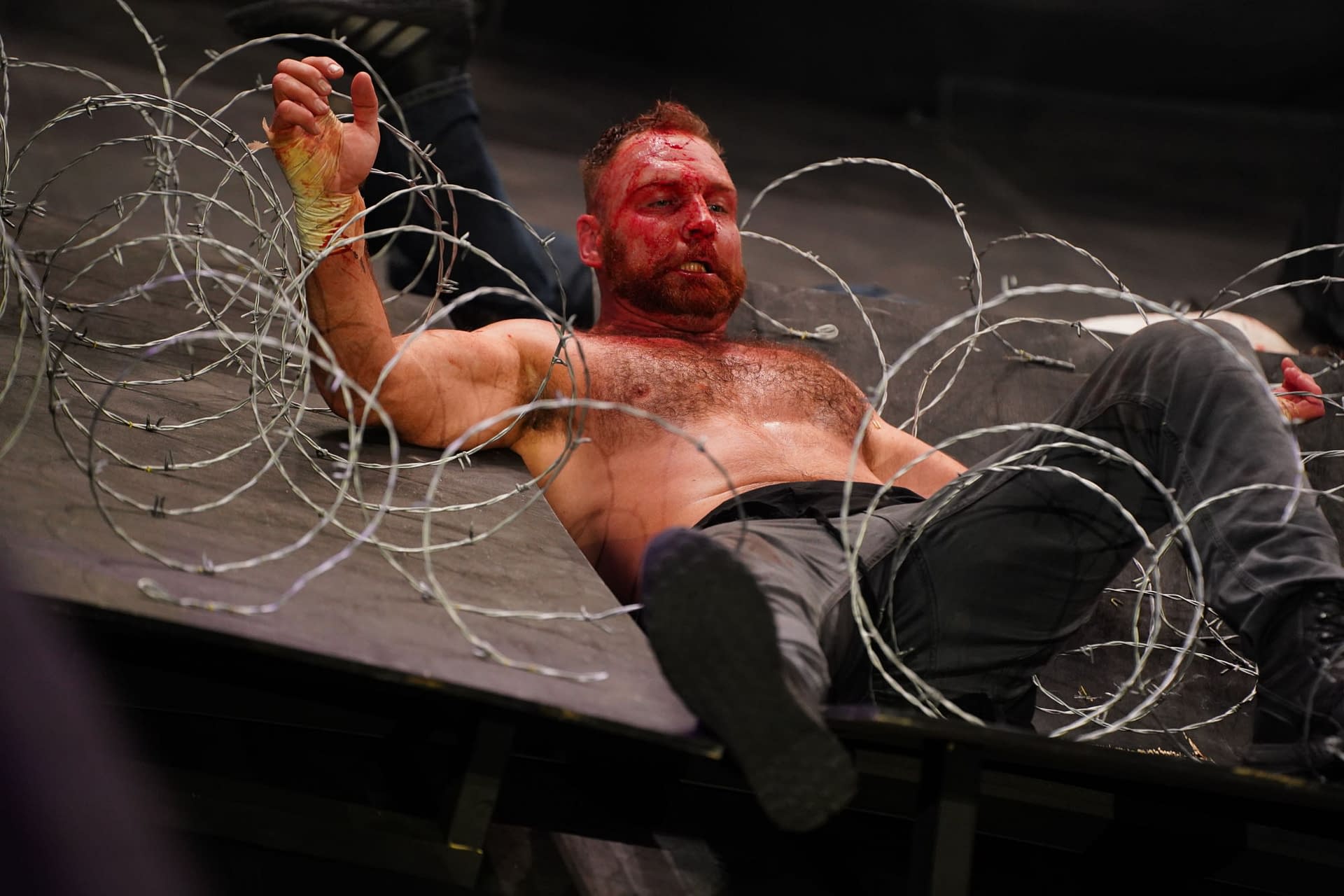 I didn't always have a poor opinion of Jon Moxley as a wrestler.

The first time I saw Moxley was when he debuted as Dean Ambrose with Roman Reigns and Seth Rollins, The Shield. Moxley caught my eye during the group's first promo, a sitdown interview with Michael Cole. There was something suspiciously sinister about him that I thought he'd go on to become pro wrestling's next top villain.

But it's almost ten years later, and despite his success and popularity, I can't stand the character. When I read reviews or comments online praising Moxley as one of the best wrestlers in the world, if not the best, I can't help but shake my head and say, "Huh?"

Shortly after his debut in WWE, I began researching Moxley's history in the business, where I discovered his penchant for violence and death matches. As someone who doesn't appreciate that style, I had hoped he had matured as a performer. His early promos were captivating and encouraged me to give him a chance.

But over his next few years in WWE, I became disenchanted with Moxley. First, it was his style. He always talked tough, but his offense looked soft and hokey. Then came his appearance on Steve Austin's podcast, where he labeled Brock Lesnar as being lazy. I thought that it was unprofessional to call out a coworker like that. I came to side with Lesnar when one of Moxley's suggestions for the match included using thumbtacks.

Still, I held out some hope that Moxley would improve. His heel turn near the end of 2018 seemed promising until bad creative by WWE mucked it up. By 2019, the former Dean Ambrose would bid farewell to Vince McMahon's organization and headed towards the upstarting All Elite Wrestling.

And it's been here in AEW where Moxley, as a performer, confirmed what I had begun to suspect about him as a wrestler. Since coming to work for Tony Khan, Moxley has been in several matches involving various weapons, barbed wire, and explosions. Oh, and blood. Lots and lots of blood.

Moxley has also taken his act on the road for independent wrestling organizations such as Game Changer Wrestling. As a fan, it's admirable to see someone with such passion for his craft apply that same zeal in front of 500 fans as he would in front of 5,000 fans. But looking at wrestling as a business, I question if it's wise for AEW and Moxley to jeopardize their mutual investment with each other by having Moxley step in the ring outside of AEW.

Moxley not only runs the risk of suffering a freak injury that naturally comes with pro wrestling, but his desire to bleed puts him at risk for other dangers.

Organizations like GCW have shown that they don't have a fire extinguisher available in the event of an emergency. So it's plausible that they may not be testing for viruses such as hepatitis C, which according to the CDC, is usually spread when someone comes into contact with blood from an infected person.

Since winning the interim AEW World Championship, Moxley has wrestled six times on television, and either he, his opponents, or both have bled in four of those encounters. Days away from his title defense against Chris Jericho, it's almost a foregone conclusion that we'll see another bloodbath.

Oh, and his offense, such as his grounded elbow strikes, still look soft and hokey to me.

On some level, I get why people like Moxley. He speaks his mind and comes across as genuine in doing so. Despite attaining superstar status in wrestling, he still shows up at small shows and venues and puts in work, which is admirable.

But his insatiable desire to bleed and use weapons is gratutious. He's confused quantity for quality. He's become a lazy, hardcore version of post-1987 Hulk Hogan: a wrestler who does the same thing every night. But instead of Hulking Up, punches, big boot and the leg drop, it's weapons, weapons, blood, more weapons, finish.

Deep down, I'd like to think that Moxley could do more, be more. But the more I see, the more I believe Moxley is mediocre. Whether it's against a star like Jericho or an unproven commodity like Mance Warner, Moxley will have the same match every time because he's a one trick pony. A vibrant, defiant one trick pony, but a one trick pony never the less.