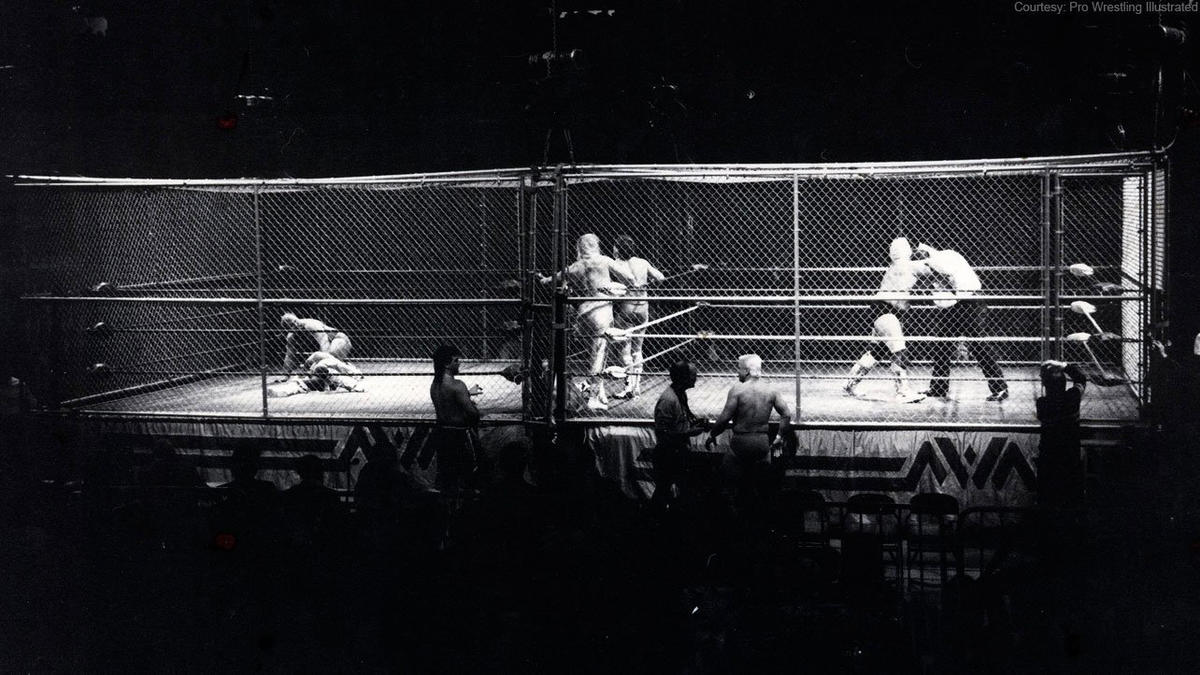 As someone who's seen War Games since its inception in 1987, this year's offering at WWE's Survivor Series disappointed me. Though I enjoyed the conclusion of the main event, I kept pining for the good ol' days of Jim Crockett Promotions as I shouted, "Tully Blanchard wouldn't bring a ladder into the ring!"

So after watching Croatia squeeze every drop of maple syrup out of Canada in the World Cup, I tuned into the WWE Network on Peacock to relive the glory days of the brainchild of Dusty Rhodes. While the inaugural spectacle is unavailable (at $0.99/month, I guess you get what you pay for), I filled the void for War Games done right with the 1991 contest from WCW Wrestle War and the 1996 edition of WCW Fall Brawl.

After watching these two classics, I can say that WWE got it at least half-right with the men's match this year.

Whether it's the Undisputed Era, the nWo, the Four Horsemen, or the Bloodline, War Games is the perfect platform for rogue stables to get their comeuppance. Whether they receive their just desserts is another story, but the match serves as a caged courtroom where the do-gooders seek justice against a pack of tyrants, thus providing a logical reason to stage this affair.

But where WWE goes wrong, as it often does with this JCP classic, is with the execution.

For starters, too much time goes into loading the cage with weapons. The wrestlers from the past didn't have to rely on such gimmicks to keep the crowd invested. Instead, they focused on simple things like the heel team using its numbers advantage between intervals to bully and cheat the heroes. Conversely, the white knights would then fire back and take the fight to their adversaries once the sides were even. Simple, yet effective. And it kept the pace flowing.

Speaking of pacing, another thing that took me out of both matches this year was the scene of multiple people lying around while one or two stars got to shine. This problem isn't exclusive to War Games as it permeates all of WWE's multi-person matches. Wrestlers either disappear or fall asleep in plain sight to give the spotlight to a particular performer or moment.

Though it makes the action easy to follow as a viewer, it also makes it easy to see how choreographed this is. It's like going to a magic show and seeing the trick exposed as it's performed. I would encourage WWE's talent to study past War Games matches to learn how to stay active while more pivotal action takes place.

Finally, let there be blood and aggression.

I'm not advocating for WWE to book what looks like a Jon Moxley family reunion, but a cage match without color is like candy with no sugar. And rather than focus on highspots like dives off of cages, bring it down to earth and put folks in agonizing positions such as chokeholds, knees grinding into a temple, or ripping away at someone's eyes or mouth. A hurricanrana is spectacular. But a fist to the face in what's supposed to be a fight? That's much, much better.