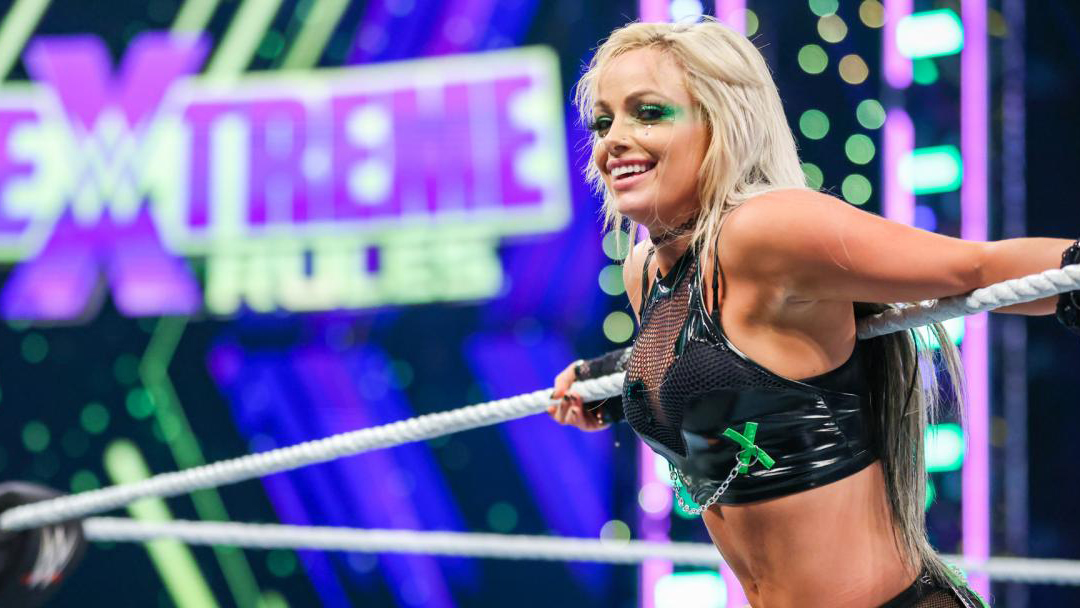 I didn't have high expectation for Liv Morgan vs Carmella, and didn't really care that it got pushed off the main card. Partly because it's hard to get behind Liv whose booking has been nothing but tease, tease, tease, despite fans saying please, please, please. Secondly because I'm just tired of the "Hot" female heel whose whole gimmick is, "I'm hot so therefore I'm evil!" (I mean we have one for each brand now for crying out loud!). And lastly, because women wrestling has been a afterthought on both Raw and Smackdown as of late. Their matches doomed to be under three minutes and ending in a roll up or in a distraction smoz fest. So imagine my surprise to see that these two ladies can actually do the wrestle, and do it well! Here's hoping that Vince and his amazing friends have something special planned for Liv this time around and that she doesn't slip back into obscurity. 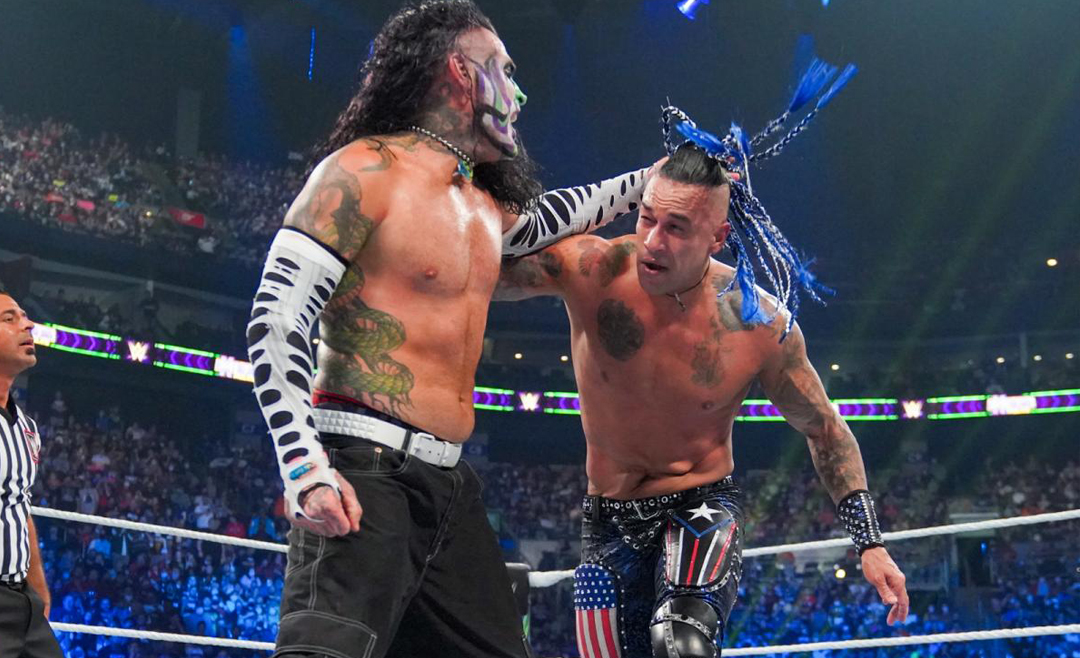 Damian Priest is another one of those wrestlers that seems to be having a hard time getting over. So of course WWE solution is to put him in a match with Jeff Hardy. A man everyone wants to see win. What can go wrong? It was clear from the offset that the crowd was really behind Jeff. Cheering at his strikes, celebration his kick outs, and cursing his near falls. It doesn't help that Priest just seems really bland now. His nearly endless feuds with Miz and Morrison and now Sheamus, have effectively drained my interest in me seeing him preform in the ring. Priest really needed a stand out match to help him stand out from the crowded mid card. This match, one against a WWE legend that everyone wanted to see go over, did him no favors. 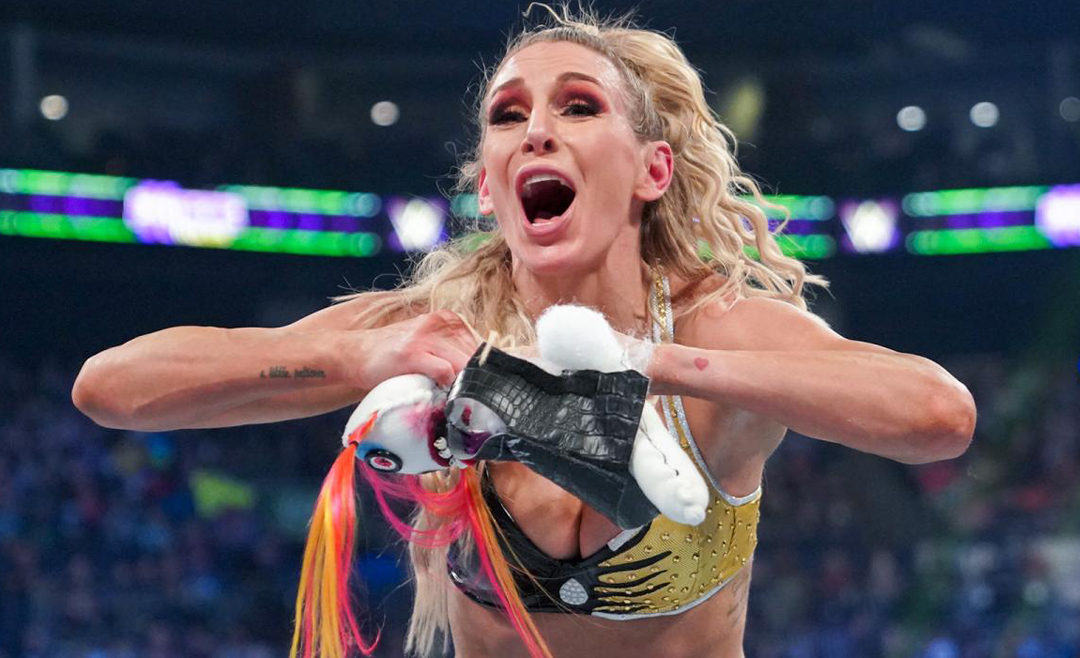 Charlotte, you are now officially my least unfavorited person in the whole wide world. Congratulation! After a surprisingly good match with Alexia Bliss, Charlotte decided to put aside her selfish behavior. She instead decided not to think of herself, but for us! The people! Charlotte did what many of us wished many another wrestler would have done ages ago now. SHE KILLED LILLY! And it was glorious! WWE seems to be reign-ing in the spooky shenanigans and I'm all for it! Even though I think spooky stuff can work when done properly (I'm a massive Lucha Underground mark) I don't think WWE has the consistency or dedication to pull it off. So, for now, I'm glad that the super natural stuff seems to be finn-ish. 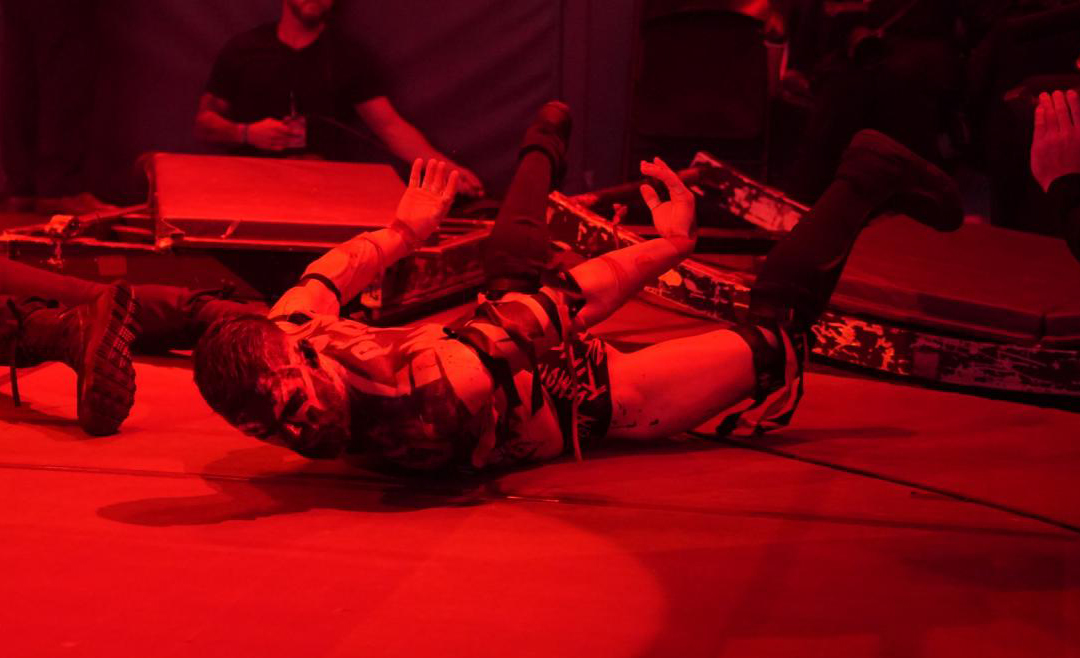 Ohhhhhhh Dear. What was this? After a great match between Finn and Roman, with all the interference and violence you expect from a extreme rules match, we came to the infamous double down spot. Who would get up first? The head of the table or the Demon? But before either man could stir there was a sound. Something began to emanate from the PA system. It was....Finn Balors....music? Which somehow resurrected/reanimated him? What? Look, we just did all this with the Fiend. We don't need red lights. We don't need voodoo dolls. We don't need Kevin Dunn to play Finns music so he can live again. We don't need LED snakes and invincible monsters which box you into corners. I mean, if all it takes is someone to plays Finn's music to make him invincible who can stop him? Your making so it would take a act from God himself to stop the Demon.....oh.... 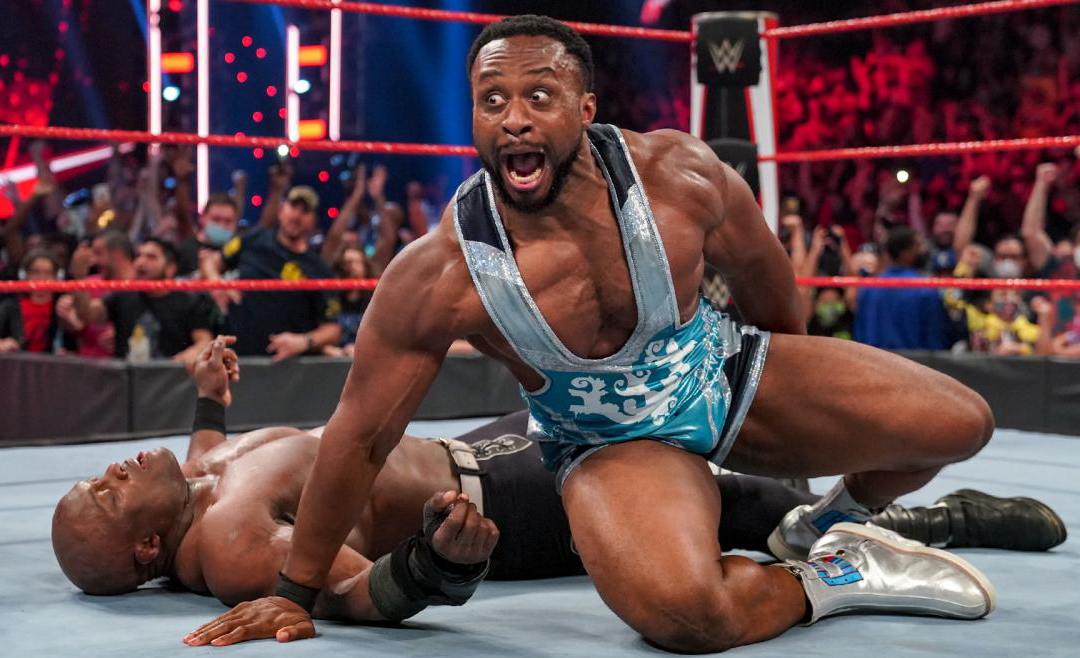 We were this close to having a card that was going to be split down the middle between men and women matches. Truly a great sign of the times. Unfortunately this is the WWE and we the people want. Nay! Demand the BEEF!!! Liv Morgan and Carmella got bumped to the pre-show, and in its stead we got a six man tag, The New Day vs Bobby Lashley, Omos, and AJ Styles. Now all these guys can go,(well maybe not Omos) but it's just electric when Bobby and Big E get in the ring together. It's just something special about two big guys throwing hands and hossing one another. You can't get that in many other promotion, and you know what else you can't get in many other wrestling promotions? Five black men in the ring at the same time. Five of the six competitors in this impromptu match were black, and it didn't feel forced, contrived or pandering. All of them belong. WWE, despite all it's booking problems, should be applauded for having a such a diverse roster...now if they can only do something about how they ended some of those title reigns....

Not: Lack of Clean Finishes 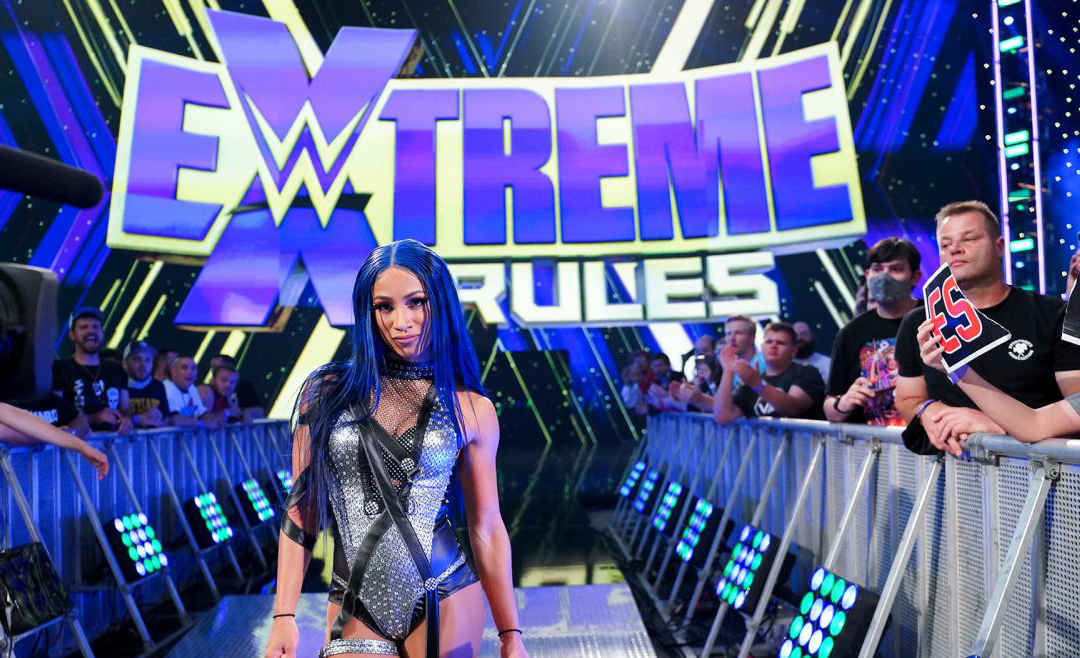 WWE has a tendency of overbooking, well, pretty much everything. That becomes double egregious however during PPV. We didn't have one title match end with a screwy finish, but two. One by a Jedi, and another by a Jedi mind trick. I understand wanting to make a moment out of Sasha Banks return, but having her interrupt what was shaping up to be a great match, is maddening. If you want to do the run in, fine, but it needs to happen before the match gets into second gear. Eighteen Minutes in is entirely too far in a match for that nonsense. I'm too invested at that point, and I am now pissed off at you, the WWE for the interference and not the heel. That is just bad, bad for the product and for my blood pressure. Then you have the Demon, Finn Balor, who was stopped by...God? I guess if the point of PPV are all about getting people to watch the show tomorrow then well done. Who doesn't want to see a Demon challenge God to a match? The problem is if you bought the PPV your already watching the T.V and you pay for the PPV for the payoff, which seems to be lacking from WWE these days. Even Wrestlemania, the showcase of the immortals, doesn't seem to be where feuds payoff anymore ( I mean I guess they are immortal so if they can't die then why would their feuds) The point is it's all very odd...but not as odd as God deciding Finn Balor had to lose....

So what did you think of last nights PPV Cagesiders? Was their more Hot than Not? Will Liv's push live past next week? Can we handle all that Beef coming to us this upcoming Raw? Will Finn Balor stand up to the Almighty (not Bobby Lashley) and avenge his loss!?! Let me know in the comments bellow.