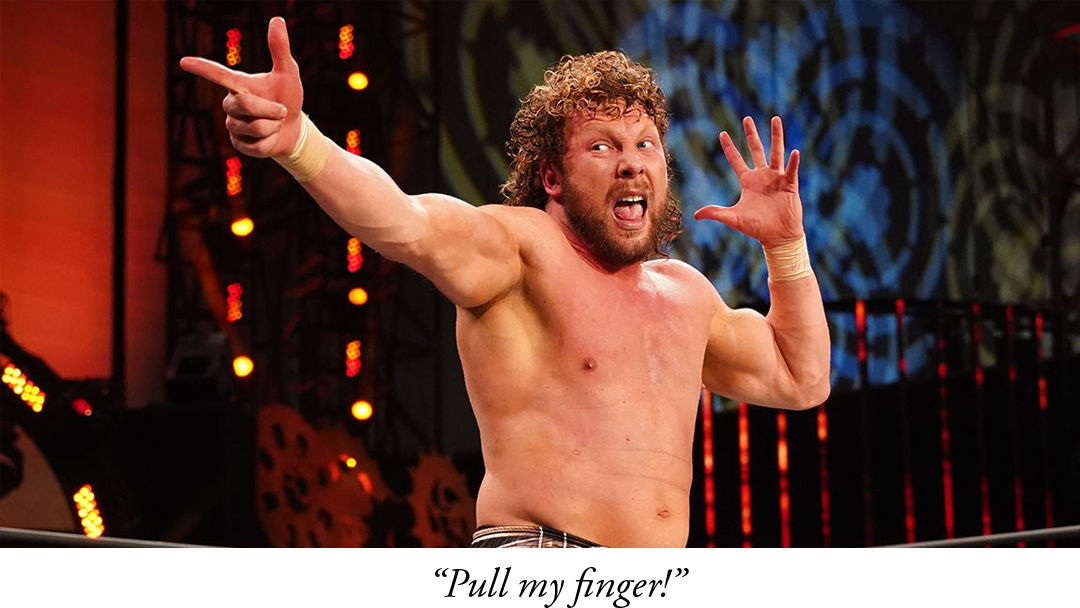 It was time. After months upon months of build, the epic rivalry between Hangman Adam Page and Kenny Omega was ready to come to a head. The AEW faithful were ready. After suffering in solidarity with the cowboy through all his own self-doubts and demons, along with weathering the taunts and gibes of his former tag team partner, Kenny Omega. We were all at last ready to see Adam Page cowboy up and take his rightful place at the top of the promotion. It was to begin at Fight For The Fallen. 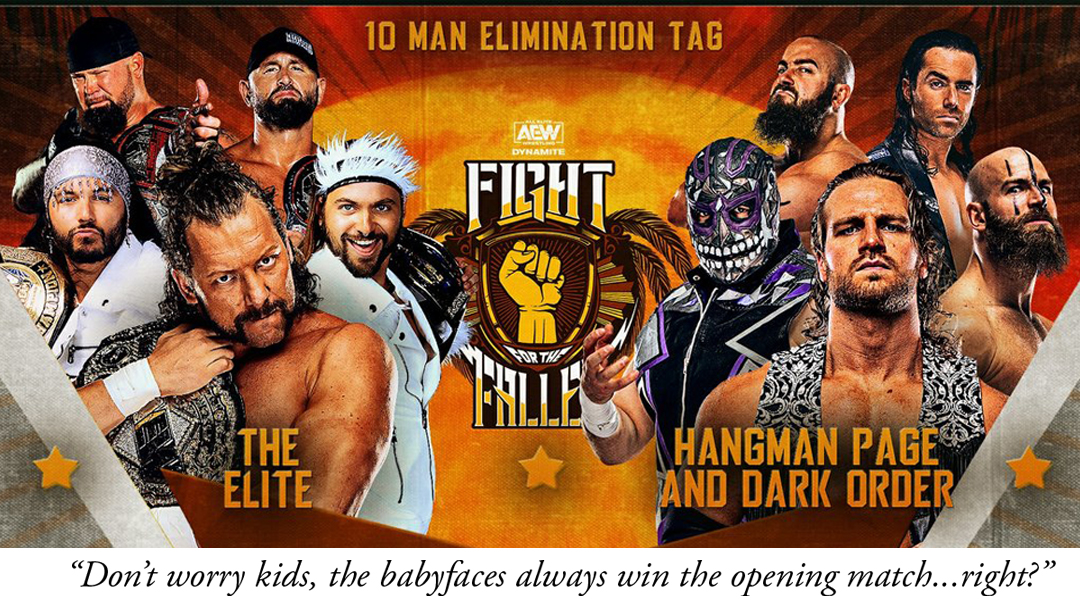 It was a epic ten man elimination match; Hangman Adam Page along with the Dark Order took on Kenny Omega and the Elite, a contest that would determine if Adam Page was worthy of a title shot. The twenty plus minute bout was filled to the brim with high spots and near falls. Both teams slowly being whittled down with each bone crushing blow, till it came down to Page vs Omega--- along with the Young Bucks. Now, 3 on 1 may seem like absurdly long odds but as every man, women and child in attendance was pulling for The Cowboy, those were odds that even the shrewdest of gamblers would take. The stage was set, the iron was hot, the coronation was all but assured, but then the unimaginable happened. Hangman Adam Page--- lost. 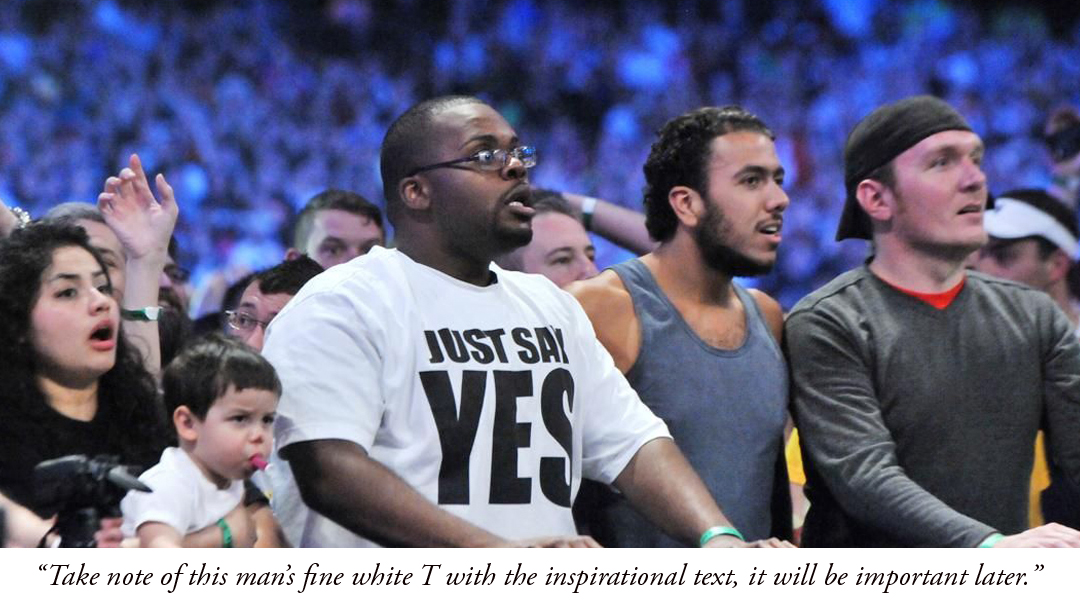 Wrestling promoters have a long history of not pulling the trigger when the time is right and fan excitement is at it's boiling point. From The Eater of Worlds: Bray Wayatt to The Eater of Meats: Ryback, promoters have been too confident in their ability to replicate and reproduce a moment that has grown organically over time. Failing to realize that once these reactions morph into watershed moments, that once groundswell fan support carries a performer past their previously perceived ceiling, that those highs are nearly impossible to replicate or reproduce.

The tepidness to put over talent when the crowd have already coordinate them is numerous. To the firm belief that the audience does not know whats best, to personal issues with the wrestlers, to simply not being able to pivot and respond to a rapidly changing scene. The result however is almost always the same. The chance to make a new star has passed, and your left with a wrestler who could have carried and flown your banner for years to come, to a wrestler who is now destined to sit down in the back and eat your catering. 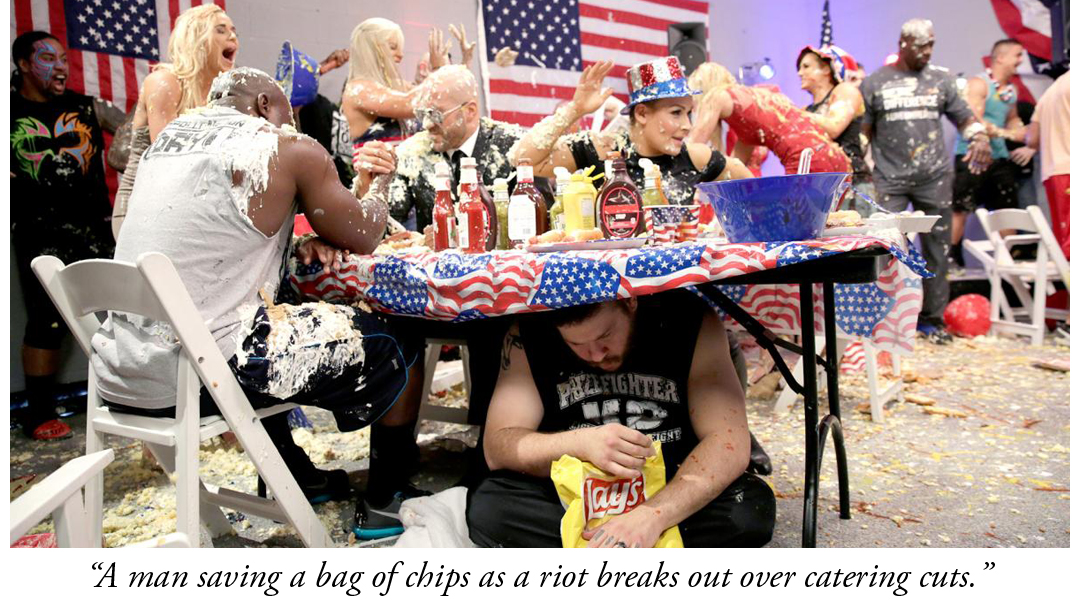 On July 28, 2021 Kenny Omega pinned Hangman Adam Page in the middle of the ring and just like that, 10 months of build, 10 months of anticipation, 10 months of righteous retribution, was put on hold, and in it's place a dragon has emerged. Bryan Danielson, who will now be the second ex-WWE star in a row to challenge Omega's place at the top of the card, has effectively replaced Adam Page. He is the one people want to see versus Omega, he is the one who has the audience rapt attention, he is now the one who should now beat Kenny Omega for the AEW title. What this means for the future of Hangman Adam Page is anyone's guess, more cowboy shit no doubt, but odds are AEW will not be able to recreate the level of excitement that was palpable at Fight for the Fallen, and the wrestling world is be poorer for it. 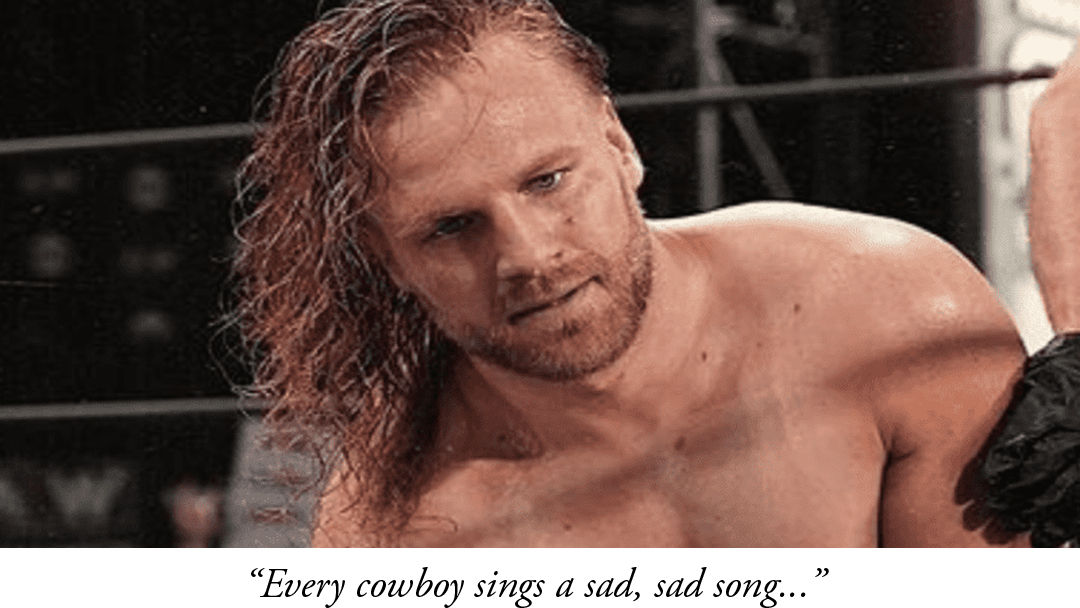 So how do you all feel about the dragon shuffle happening at the top of the card? Is it good shit, cowboy shit, or just your run of the mill bullshit? Let me know in the comments below.