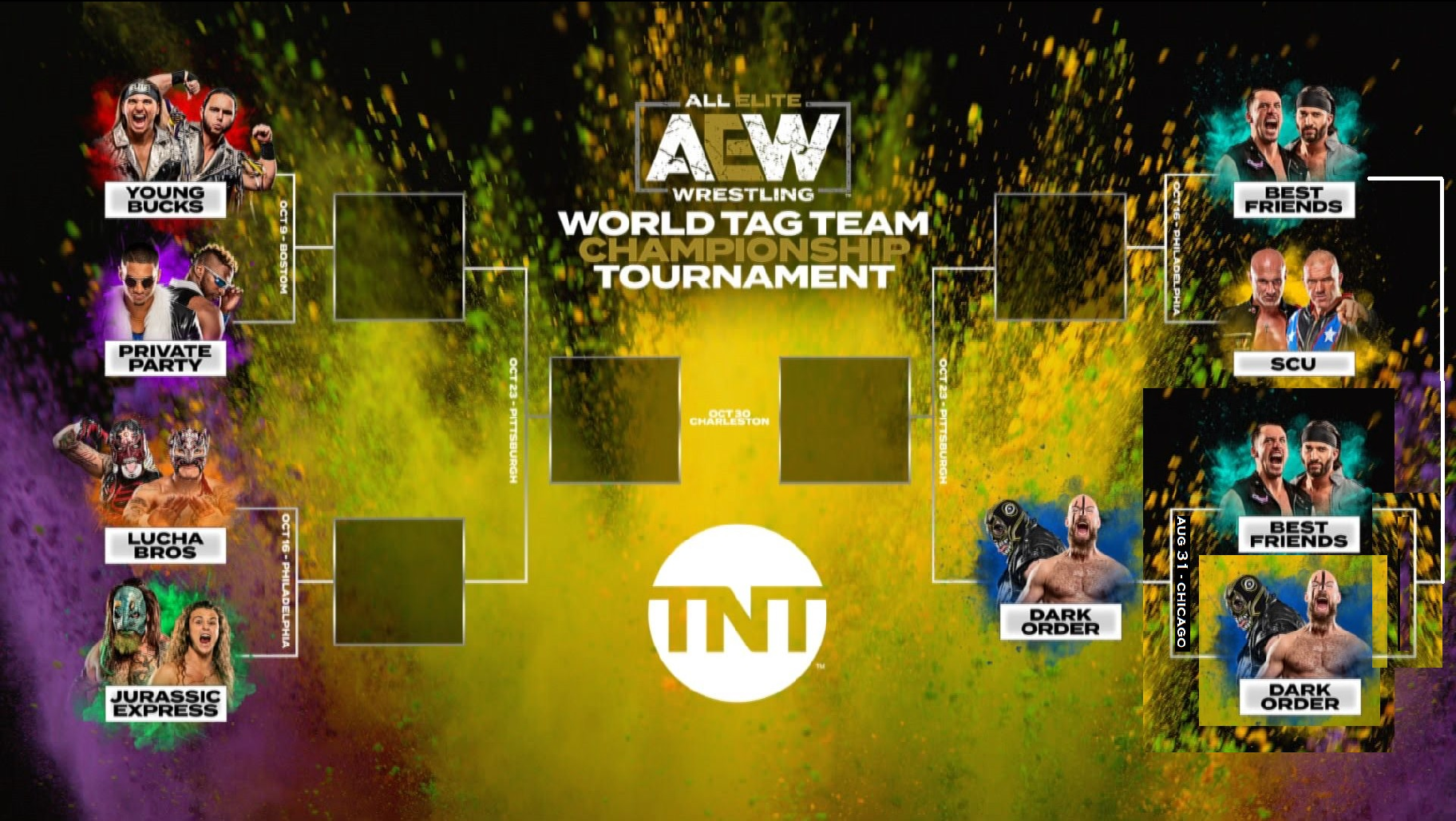 The tag team match between Best Friends and Dark Order at All Out was more accurately a Loser Gets A Second Match In The First Round match.

Both of those teams earned that opportunity by winning their respective triple threat matches at Fyter Fest and Fight For the Fallen--with Private Party, SCU, and Jurassic Express losing those matches (along with Jack Evans and Angelico), so it's basically become a double elimination tournament (with Jack and Angelico taking their second loss via Twitter poll).

Lucha Bros beat Young Bucks at All Out, so they and Dark Order are the only teams in this tournament who would be knocked out without two losses.