Rumor has it that the Fiend will be facing the winner of the eventual Universal Championship match between Seth Rollins and Braun Strowman. In my opinion, this would be a lose-lose situation.

The Fiend is white hot at the moment. So much so, that he would have to win to keep his momentum from waning. The problem is, whoever walks out with Universal Championship at Clash of Champions will need to keep their momentum, as well.

Rollins is the current Universal Champion, but he's a champion in need of rebuilding. Rollins' status was hurt during his summer program against Baron Corbin. Not only was he given an opponent whom most don't want anywhere near the title picture, he was also placed alongside his current fiancé, Becky Lynch, who constantly outshone him. Then, WWE snatched the title off of him and put it on Brock Lesnar so they could have a match at SummerSlam. It would have been better to have Rollins simply defend against Lesnar, which would have really presented Rollins as the man who has the Beast's number. He's really just regaining his footing.

Strowman hasn't fared much better. The Monster Among Men has been to the top of the mountain plenty of times, but has yet to capture the title. He, at one point, was the hottest thing on WWE television, but the company did not pull the trigger when most thought it should have. Strowman has been placed in neutral over the past year, feuding with the likes of Elias and Bobby Lashely. So, this is the first time in a while that Strowman seems to be moving forward. 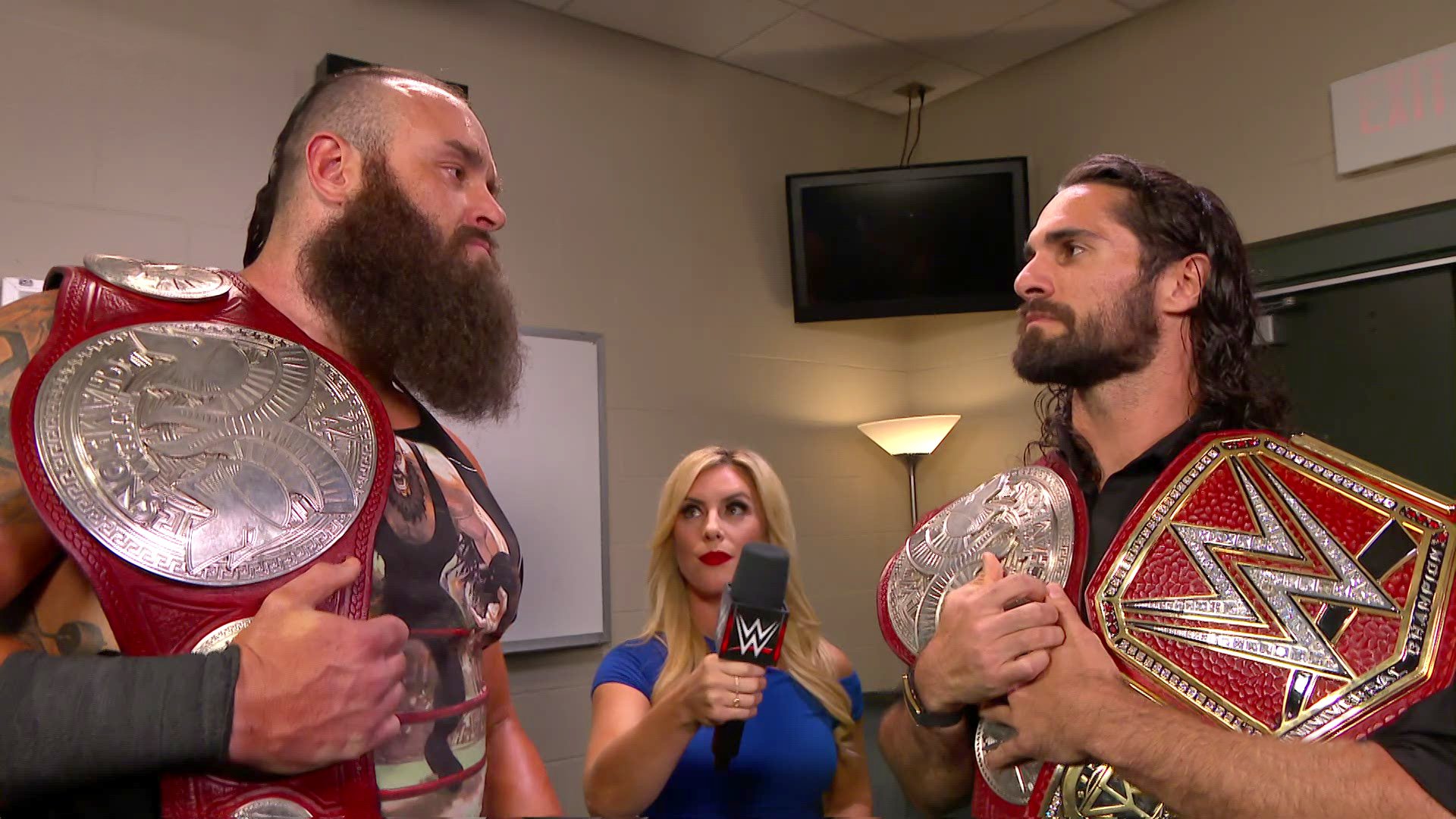 It could be debated on which star needs the title more, but one person who does not need it is The Fiend. He is doing just fine without it, and I believe that putting the title on him restricts the character a bit.

The Fiend is being treated as a special attraction of sorts, randomly popping up and attacking people. As champion, The Fiend would need to appear more often, which makes the character feel less special.

Also, The Fiend has only had one match. Why should he be hotshot to the title picture after one match? He needs to be put over a bit more. Let him go over some upper mid-card talent. He has also been attacking legends, right? Let him have a match against one! Well, one legend in particular.

The Undertaker is the perfect person to put The Fiend over. Yes, I know Undertaker's first rivalry with Bray Wyatt didn't turn out the best, but there are some differences between then and now.

First, Undertaker arguably needed to win at WrestleMania 31 after his loss to Lesnar the previous year. Wyatt also wasn't being booked as a threat at the time. Now, the timer on Undertaker's career is real close to running out, and he no doubt will want to put talent over. The Fiend is the perfect star. He is a dark character similar to Undertaker, and they have history together. If the Fiend can beat Undertaker, then he will surely benefit from the rub.

I don't believe putting the title on The Fiend is good for anyone, at the moment. Maybe you disagree with me? Vote down below, and let me know your thoughts in the comment section. Until next time!

Is it too soon for The Fiend to go after the Universal Championship?