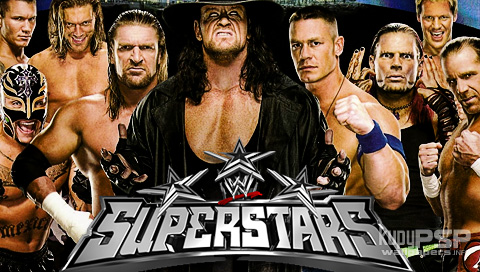 I like to say I'm a professional wrestling fan by mistake.

When an episode of WWE Superstars came on in February 2010, I immediately grabbed the remote and tried to tune away, only to realize the batteries were dead. To make things more complicated, I was doing my business in the adjoining bathroom, and wasn't willing to get up to change the channel manually. I was forced to acquiesce.

Instead, I got hooked on it.

Most people got hooked on WWE during the 80's and 90's, when the likes of real-life cartoon characters such as Hulk Hogan, the Ultimate Warrior and Andre the Giant graced their television screen, or during the Attitude Era when r-rated trash talkers like Stone Cold Steve Austin and The Rock traded profanity-laced verbal barbs and engaged in risque activities not seen anywhere else on TV. I got hooked on pro wrestling from a random women's tag team match, of which three of the performers aren't even with the company anymore (if you're curious, the match was between the team of Kelly Kelly and Eve Torres, and the team of Katie Lea Burchill and Alicia Fox).

That one hour episode of WWE Superstars was all it took to make me a lifetime fan.

One thing they talked about throughout the show, and on every other wrestling show I managed to catch the next two months, was how close WrestleMania 26 was. The announcers hyped 'Mania up as the Super Bowl of sports entertainment, and constantly showed clips of the many story-lines that were building up to the "Showcase of the Immortals." I felt anger towards Vince McMahon, who had screwed his opponent Bret Hart over on so many occasions that I looked forward to seeing him get his ass kicked at WrestleMania. I felt sympathy for Edge, who had lost almost a year of his career due to a horrible injury, and seemed unlikely to win his title back from the cold, calculating Chris Jericho. I was fearful for Shawn Michaels, who would be putting his career on the line just to get a match with his eternal rival, the Undertaker.

Though I didn't watch that WrestleMania live, I did buy the DVD later that summer. Every year after that, however, I made sure to tune in on WrestleMania Sunday. I was even one of the first to subscribe to the WWE Network when it debuted in 2014.

In the meantime, wrestling slowly became one of the biggest parts in my life. For seven years, I never missed an episode of Monday Night Raw. I watched SmackDown whenever I could. I made playlists of all my favorite wrestling theme songs, and subscribed to YouTube Channels that posted pay-per-view highlights.

In a way, wrestling was like another member of the family, there for me in good times and bad. The night after my high school graduation was the 2014 Money in the Bank pay-per-view, one of my favorite shows ever. I watched NXT Takeover: Rival, the show that got me hooked on NXT, on the way to my Grandma's calling hours. Summerslam 2015 took place on my 19th birthday, which was also the day I came out of the closet to all of my friends and family.

Despite my love for the WWE and pro wrestling in general, I never in my wildest dreams thought I would go to WrestleMania. I'd gone to a couple of TV tapings and was an ardent supporter of the local wrestling circuits, but the thought of going to a wrestling pay-per-view, let alone the biggest one of the year, seemed ludicrous.

Nine years after that fateful episode of WWE Superstars, I bought my tickets for WrestleMania 35.

The Culmination of a Childhood Dream: 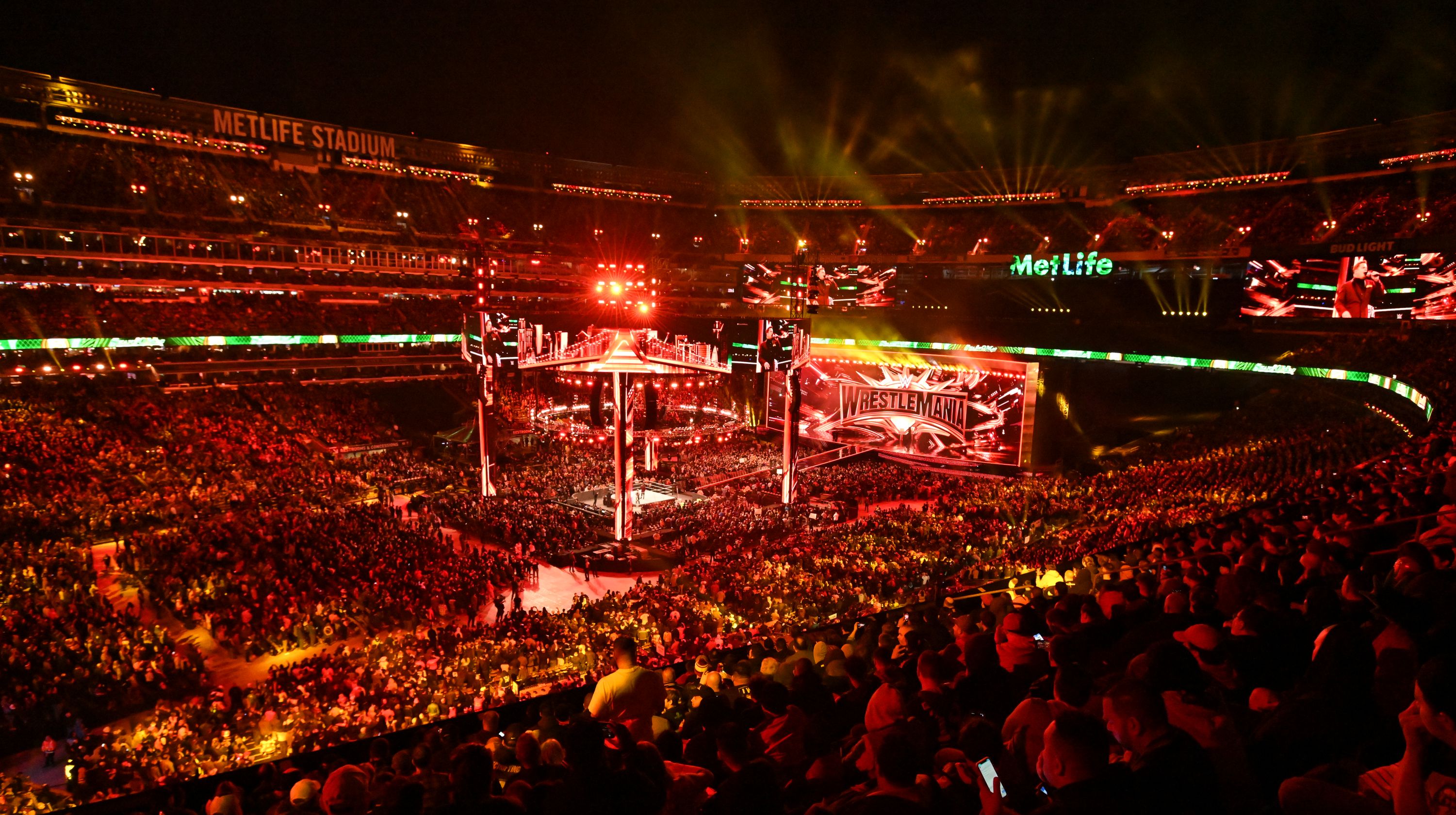 I've been to New York City three or four times, and I always have the time of my life. Even if you're not going for an event, the Big Apple is still something you should put on the bucket list. Both NXT Takeover and WrestleMania were amazing experiences, but I had just as much fun exploring the streets of Manhattan on Saturday, getting lost in the Nintendo World Store and checking out the Empire State Building. Having grown up in a small town in Upstate New York, I'm always overwhelmed by just how much there is to do there.

I'll admit that, from a wrestling standpoint, I was looking more forward to Takeover than 'Mania, and I wasn't disappointed. The show featured just about everything: high flying action (the women's Fatal 4-Way), methodical technical wrestling (the U.K title match), emotional farewells (the end of the tag team title match), and the resolution to one of the longest storylines in NXT history (the rise of Johnny Gargano). Vince McMahon compares his product to a movie-length variety show. If that's the case, then NXT delivered.

I had a blast at Takeover, but worried if WrestleMania would compare. After all, it was going to be a far longer show, and I was already tuckered out after only three hours of fantastic wrestling. How could I stomach seven hours of good to great wrestling?

As my friend and I pulled up to the Meadowlands Sports Complex on the eve of April 7th, however, it finally began to sink in. In many ways, this year's WrestleMania card represented the culmination of my journey as a pro wrestling fan.

I was there in the early days of Kofi Kingston's career, and even as he toiled in the midcard for those nine years I always retained a soft spot for his high-flying abilities and his ability to have good matches with anybody. Now, he had finally worked his way towards the top of the card, preparing for battle against another wrestler I had grown up with: Daniel Bryan.

In another piece I wrote on Cageside, I wrote about how this WrestleMania would feature a healthy amount of fresh talent. Only once I hit publish did I realize that wasn't entirely the case. Batista, Kurt Angle, Triple H, Rey Mysterio...many of the talent towards the top of the card had been wrestling for more than 20 years.

Then again, these were wrestlers who were big in my heyday. Sure, I probably would've lost my mind if Stone Cold Steve Austin, Goldberg, or The Rock showed up, but these names never excited me like Mysterio or Batista. Rey Mysterio was my favorite wrestler during the honeymoon phase of my relationship with the sport, and I had never seen him live. I also had the sense that for Mysterio and some of the other veterans, this WrestleMania could very well have been the last ride. In the end, I was right, for Batista announced his retirement immediately after his match with Triple H.

And then there was the women's triple threat match. I may not have grown up with the women in this match, but there is something poetic in the fact that the women were going on last. After all, the first match I'd ever seen was a meaningless divas tag team match on a throwaway episode of WWE Superstars. Nine years later, the women wrestlers were anything but afterthoughts. They were the main event. Like my experience growing up with the sport, women's wrestling had come full circle.

When I finally stepped out into that crowded stadium, and I looked out into the sea of wrestling fans, I realized I wasn't alone in fulfilling my dream. 82,265 wrestling fans had come from all over the world that night for the show, and whether they were excited or not, it was hard for all of us in section 316 not to smile and take in the moment.

I've always rejected the notion that wrestling is a "redneck thing." Sure, I had met many awesome blue collar folks that weekend, but I also met people who one would never expect were wrestling fans. Halfway through the show, I found out the two young men sitting next to me were from Belgium. I mentioned I was from upstate New York, since nobody knows where Rochester is. When the one next to me said "Go Bills!," I almost fell out of my chair.

The show itself was fun, but sharing in the moment with the community of wrestling fans is what I will never forget about that night. From chanting "Joe!" at the guy who perfectly cosplayed as Samoa Joe, to the wave during the slow parts of the show, to jumping for joy and high-fiving when Kofi Kingston won the championship, there wasn't a dull moment.

Anyway, as I boarded the JetBlue regional jet that would take me back to Rochester, I knew I'd just had one of those vacations. I also knew that WrestleMania would be headed to Tampa next year, and considered going back the next year and making the trip an annual tradition. Then again, one of the major complaints wrestling fans have these days is the overexposure of the product. Once upon a time, there were only two televised wrestling shows a week, with the occasional pay-per-view or indie wrestling show.

Today, there are televised wrestling shows every night, pay-per-views every other week, all kinds of indie promotions, and a subscriber network with over thousands of hours of past wrestling content. While it's fantastic that wrestling promotions have so many new ways to make income, it's also a drain on the standard professional wrestling fan's interest in the product. It doesn't have the luster it once did.

When I think back to 2010, the early days of my wrestling addiction, I remember that I couldn't watch either Raw or Smackdown, because Raw was on too late and Smackdown was on a channel we didn't have. The only show I could watch was Superstars (and whatever that NXT show was), and I made sure never to miss it. Until Thursday night came around, I would scour the internet for wrestling news, YouTube for old matches and pay-per-view highlights, and Amazon for my next wrestling DVD purchase. Because there was so little wrestling out there, I wanted more of it.

Now with so much content out there, I understand the need to take a step back from the product so that it stays fresh. I don't look up wrestling highlights anymore. I only occasionally tune in to Raw or Smackdown. This same logic should apply to WrestleMania, something the WWE themselves once touted as a once in a lifetime event. If one were to go to WrestleMania weekend every year, the magic would surely fade over time, even if it does go to a different city.

Still, I encourage every professional wrestling fan to make the trip to WrestleMania weekend at least once in their lives. Don't worry about spending a lot either. Some people say it's good to put aside $1,000 for the experience. I can tell you I spent closer to $700 on the experience, and that's with all the spending I did at the Nintendo World Store. Stay in a cheap Airbnb with one room and a bath; it's not like you're going to be staying in your room until show time. Figure out the metro schedule and plan the cheapest path to your destinations, or if the city is small, walk from place to place. Tampa is a lot smaller than New York, and I guarantee walking the streets in balmy weather will be better than waiting for the New Jersey metro in freezing rain.