Because the WWE has moved on from cheap stereotypes, right? (Oh and I'm back!)

The foreign heel gimmick is almost as old as wrestling itself. The advantages of such a character are simple enough- the audience projects our suspicions about other nationalities onto these heels who in turn are usually beaten back by all-American heroes. However, what may seem like an obvious gimmick can at times back fire because the nuances are not fully explored.

Which brings us to this guy. 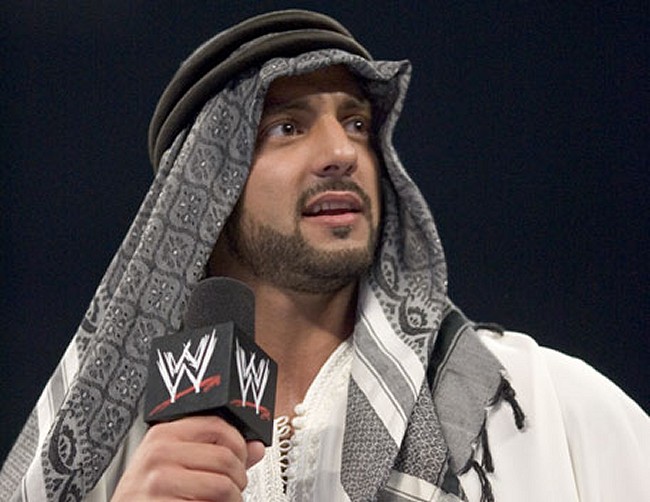 Marc Copani was a wrestler in Ohio Valley Wrestling working under the name of Marc Magnus. Booker Jim Cornette obviously saw some potential in the guy, as he was OVW World Champion for 56 days. Then the word came down from on high that the WWE were looking for a guy to portray a Arab-American. Copani, who is 100% Italian, was offered the role from Cornette due to his olive skin and jet black hair.

However, Cornette didn't just take Marc Magnus and resurrect him as Muhammad Hassan. Instead he gave him Davari as a manager and told the audience that Magnus had converted and was now known as Muhammad Hassan, at which point Hassan and Davari (who would often translate Hassan's promos into Persian) would complain about the anti-Arabic sentiment in the American media.

In other words, Cornette framed the audience's response not as "That guy's came from a strange country with weird ideas that I associate with terrorists!! Boooooo!!!" but rather "That sunavabitch has the brass to turn his back on the way of life I love and then tell me that we have something wrong with us?!" Cornette was clever enough to create the character in such a way that when he got heat (and he did, with Cornette claiming that people actually turned their backs to the ring during his promos) it wasn't simply going to be swept up as Islamophobic. 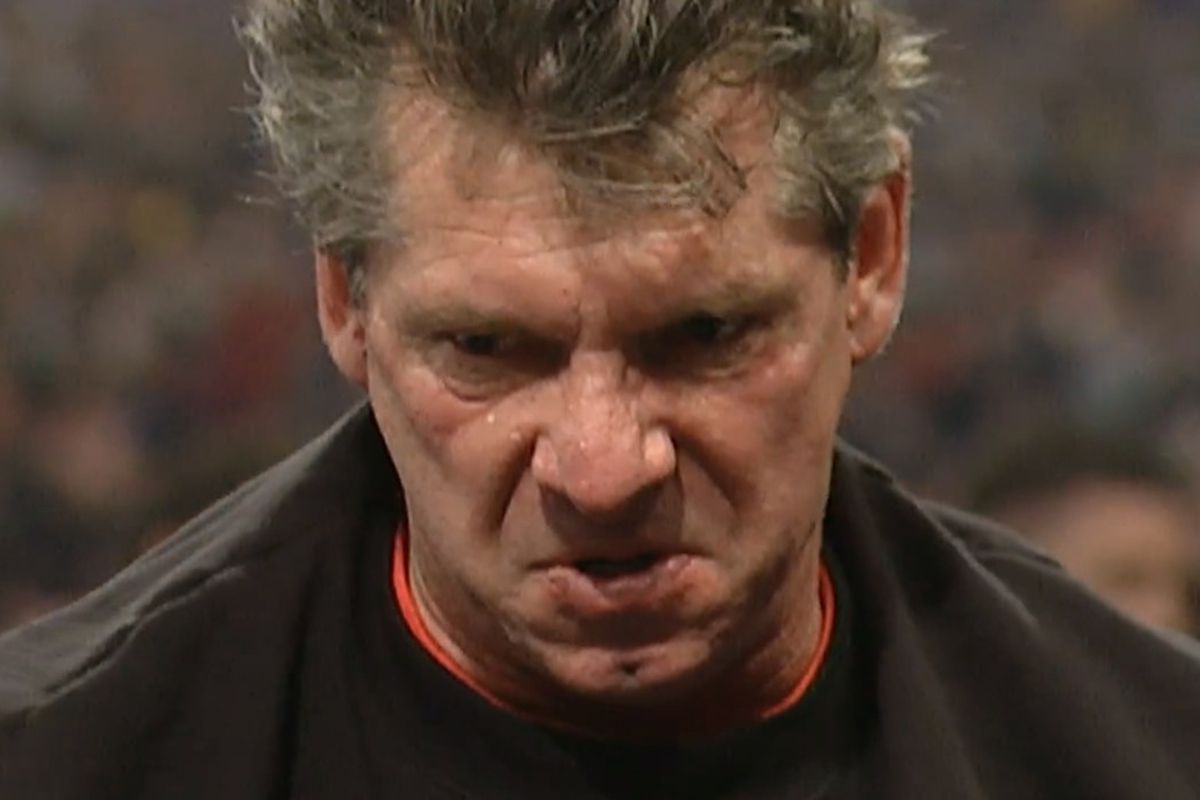 Out went the whole 'conversion' idea and Hussan was reimagined simply as an Arab-American wrestler who would actually pray to Allah before each match- an idea the WWE soon backed off from after getting complaints from the Muslim community.

However, Hussan was finding himself in some pretty high profile segments. Not many people get to debut on television by interrupting the hardcore legend Mick Foley, and even less move on from that to a major angle with JR and Jerry Lawler. He then participated in a angle involving Eugene (and yes, his HSDoW isn't that far away) where none other than Hulk Hogan ran in to make the save.

So Muhammad Hassan was being used in some pretty major spots. However, it is important to acknowledge that he wasn't really a main event heel, despite this. Instead he was sort of like a more controversial, earlier version of Damien Sandow, where he'd piss off the audience so that the big babyface could kick his arse and get a big moment in front of the crowd.

The big question is then: how do you translate this sort of crowd-baiting into a genuine push?

Luckily, like today, WWE was running two 'brands' and so when they decided that they could get more out of Hassan and Davari then just being punching bags to elicit cheers, they shipped them from Raw, where they had essentially been superkicked by HBK and leg dropped by Hulk Hogan, to Smackdown.

And lined him up against this guy. Just to ease him into the push... 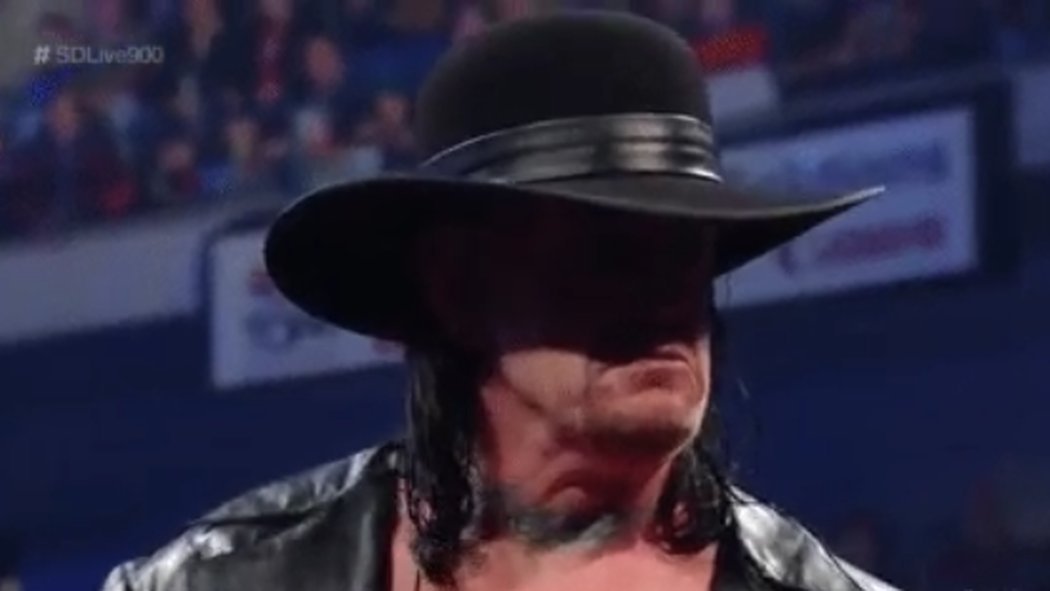 Look, there's nothing wrong with up and comers facing the Deadman. In fact, as a veteran, he's one of the better ones at making them look good. But if you have a guy who has just been squashed in two minutes by John Cena on Raw...you really need to build him up a bit before you can justify him really to your audience as being anywhere near the Phenom's level.

Because when you go down this ludicrous road you essentially have to decide how you are going to make this push work. Do you are to smash him straight up against arguably the most dominant wrestler that Smackdown ever had and rely on the fact that the audience would overlook the massive cognitive dissonance this entails? This also would risk the fact that it might not engender any real heat on the guy.

Or do you attempt a real heat-seeker of a segment (and, possibly a match) to just shock the audience in such a way that we would be so outraged and worry about the actual in-ring stuff later.

Suffice to say, they went with Option b) and we were treated to one of the most despicable moments in the history of WWE on the July 14th 2005 episode of Smackdown, with a match between the Undertaker and Davari.

Let's start with the preview of the match, where we are treated to Hassan calling Davari "a sacrifice" for their plan. Ok, already we're treading in interesting waters, but let's give it a pass for now. The match itself, a pretty basic squash, comes and goes in about two and a half minutes. However, it's the aftermath of the match where things really perk up.

So Undertaker has won the match and Hassan begins to 'pray' at which point 5 masked men in ski masks come down and beat the Undertaker senseless before choking him out with piano wire. Then, after Hassan rather uselessly puts the unconcious Taker in the Camel Clutch for...some reason (I assume he thought that move was more brutal that choking out the Deadman with fucking piano wire) the gents in ski masks carry Davari above their head "like he's a martyr or something" according to Taz (the same Taz who got his knickers in a twist about the Raven crucifixion angle. I'm just saying...).

Even if subsequent events didn't happen, let's just break this down. So...Hassan prays and terrorists (or something similar) come down and assault the Undertaker, choking him out with piano wire before treating Davari's sacrifice as some sort of martyrdom. Is it any wonder that Islamic fans of wrestling may have been the teensiest bit irritated by the broad brush that they were being painted with? And even if you think that's great storytelling...where do you go for next time? Do ten ski masked individuals come out if he gets in real trouble during a match? Will one of them have a taser instead of piano wire? How can you keep this guy's push going into interesting places when you have escalated it this far this early? Because at some point the crowd is just going to be fatigued.

If other events didn't get there first...

Look WWE were really stupid to think that they were not going to get burned with this angle. The London Bombings rocked the Western World and to have a guy dressed up as a Muslim summoning terrorists into the ring was just...idiotic. And yes, the show was taped before the event, and yes you could use the old adage "if you don't like it, don't watch", but for a publicly traded company peddling that sort of angle...It wasn't a good look.

In fact it was so bad that the network basically told WWE to get the guy off Smackdown. And so at the Great American Bash, The Undertaker and Hassan had a match where the Undertaker threw Hassan through the stage and off the WWE roster for ever- squashing the 5 terrorists and Davari in the process. Both Davari and Copani were slated to be repackaged in developmental, but soon Copani announced his retirement. Was it the gimmick, or was it more behind the scenes? 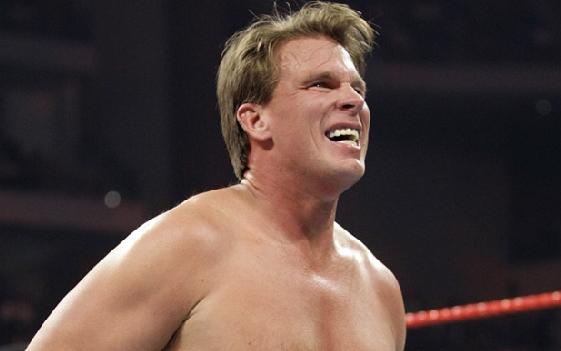 Look, the wrestling locker room is a viper's nest full of egos and rules. And not all are going to get it. But it's debatable how much of the heat that Copani engendered was his fault. He was a 23-year-old getting a massive push (he was originally going to win the World Heavyweight Championship from Batista at Summerslam) in a locker room with guys who had never had such an opportunity for various reasons outside their control. Add to that some faux pas that he made (he asked Eddie Guerrero if he could stop using the Camel Clutch, unaware that Guerrero's father invented the move) and it is easy to see how some people...say, like the guy pictured above, may make his life difficult (Actually, while we're on the subject, what is it with foreign heels and the Camel Clutch? Is that the only submission Vince allows them to use?).

Essentially he pushed to the moon in front of a locker room who thought that much of his promise was sizzle and not steak. If only he had a more gradual run to the top...

And that's where we go back to the OVW idea of the gimmick versus the main roster idea. Cornette's idea was brilliant not only because idiotic angles like choking out the Undertaker with wire would not have been needed, but it would have slowed down the push and given the character depth. He could have in say, a year's time begun to get more and more uncomfortable with what Davari was saying about his country until Davari tries to force him to do some heinous thing at which point BAM! Hussan rejects Davari and turns face. He could still identify as a Muslim but could also identify as an American- espousing the American way of life. Cornette's version of the gimmick would have had staying power.

WWE had instead turned the character into a one-dimensional foreign heel- much like a Rusev (incidentally, isn't it interesting that Rusev has become Bulgarian again since the Russian scandal has hit the McMahon friendly Trump administration...) or a Mahal.

Think it's not a big deal? Name a wrestler in the WWE besides Sheamus who was born (or identifies as being) outside of the US, Canada and Mexico who has had more than one World Title Reign. WWE can push a foreign heel, but they often find it easier to discard them afterwards than rehab them in a way that would allow them to continue to contribute to the company in a significant way.

I just pray for poor Shinsuke...

And that's Article 77! Next time, we continue on the foreign oeuvre with one of the most underwhelming World Title runs ever...See you then!