At least Emma is coming back...

(Oh and a Merry Christmas)

It's hard to believe, but it seems that in the brand split, despite the depleted rosters, one could make the case that both Raw and Smackdown are managing to keep it's women rosters not only afloat, but thriving. I would personally plump for SmackDown as the better division (and this is just down to creative really) but Raw has the talent to change that in a hurry. All in all it's an exciting time.

And all this would be even better if there wasn't this other story that just wouldn't go away. 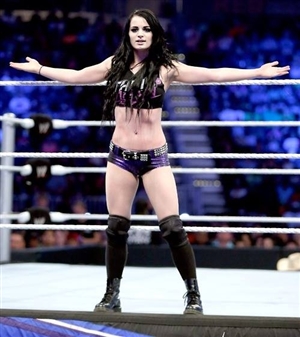 It has become increasingly clear that Paige and the WWE are now at total loggerheads. The WWE seem convinced that Paige violated a Wellness Policy and does not really need neck surgery. Paige's doctors, on the other hand, are convinced that she does. This has led to a conflict of who pays for the procedure, leading to Paige's parents and former WWE star (and Paige's current partner) Alberto Del Rio lobbying hard on Paige's behalf. All in all it is a pretty bad PR situation for the company and a horrible situation for Paige herself to be caught up in.

So how did it come to this? How did one of the most promising talents of NXT two and a half years ago now get to the stage where she is not only persona non grata, but essentially outside the plans for the two Women's divisions altogether?

That's what we're here to find out...

In many ways, Saraya-Jade Bevis seemed tailor made to succed in a WWE ring. With a whole family involved in the industry, Bevis (now christened Paige) would move up the FCW and NXT ranks where she would be crowned the first NXT Women's Champion. While later rivalries such as Charlotte and Banks; and Banks and Bayley would eclipse them, Paige and Emma would set the tone for the sort of matches that one could expect for the NXT Women's Championship.

So it seemed like a slam dunk to send her upwards to a main roster that was, frankly looking a bit tired and needed some new blood.

All this was good in theory, it's just that their timing was a little off.

Scratch that, it was awful.

To place this in context, Paige was portrayed in NXT as the Anti-Diva, the woman who would take your praise or your criticism and stick it. The night after Wrestlemania she basically comes out on Raw (without her NXT title belt, for some weird reason) and addresses AJ, who had essentially taken a bit of a coward's way out to win the Divas Battle Royal the night before by praising her, claiming that she was going to do what nobody else would and congratulate her.

It doesn't help that AJ, who was once a fun character on the mic, had become more...Orton-ish in her delivery of her lines (if you listen to her early 2014 promos there's some serious monotone going on, possibly to try and make her the bad guy) and with Paige being nervous it comes across as a weirdly disjointed segment where Paige then apologises to AJ for interrupting her when she was going to congratulate her.

And then AJ decides to put her title on the line against her (because Paige is only the NXT Champion). Fast forward through a very lacklustre match, including an awful looking Paige Turner and Paige has become the Divas Champion.

Now, contrast that debut with the way Kevin Owens confronted John Cena last year. Owens didn't back down, essentially called out the fact that he had as much wrestling experience as Cena did and then powerbombed him into the mat. Sure, he didn't win Cena's title, but it established his NXT character to the Raw audience. Paige's debut had none of that impetus.

This first impression dogged Paige for much of her first year, even when AJ returned and they did a double turn, at what point she lost the title back to Lee at Battleground, only to regain it at Summerslam, only to lose it back to AJ Lee at Night of Champions.

So... if you weren't going to appeal to the fans' through Paige's character, and you weren't going to push Paige as the true top worker because you were willing to play hot potato with the title, how is she supposed to get over as something new and unique to the division unless people watch NXT? And even those were getting disillusioned by the fact that the Anti-Diva had lost any sort of edge that had made her so appealing in the first place.

This of course wasn't helped by the fact that before Lee came back at Battleground, Paige had to defend her title against the likes of Brie Bella, Cameron, Naomi and Tamina Snuka. It made it much difficult for Paige to look like a compelling champion when the dance partners weren't necessarily up to it.

This was not aided by the fact that at Survivor Series Nikki Bella won the Divas title in what would be the start of her record breaking run. This, of course wouldn't be much of a problem if you were in the men's division, with several titles and other high profile feuds that would be given plenty of room to breathe on Raw and Smackdown each and every week, but if you were in the Divas Division...things started to grind to a bit of a halt, with it becoming increasingly obvious that the rest of the Divas simply couldn't tell the difference between Nikki and Brie.

But not to worry, in July 2015 Stephanie announced the Divas Revolution. This would get Paige back on firm footing right?

Look, for all the complaints (me included) that the Divas Revolution did nothing for the likes of Sasha and Becky, it did even less for Paige. She went from arguably the second best worker in the main roster division, to the third best worker in her 'team' of three, exposing the fact that while she was a good worker, she wasn't in the same level as the Four Horsewomen who were now coming through.

Furthermore, not only were these new workers fresh, they had gimmicks that were much more protected and well rounded when they came to the roster. Charlotte had her father's heritage to draw on while Becky Lynch had the cool steampunk aesthetic and the scrappy Irish underdog schtick. Paige, on the other hand was not the Anti-Diva that she was in NXT, and suffered as a result.

This is not to say throughout all this that Paige is totally innocent of her position in the current WWE pecking order. Women like Sasha, Bayley, Charlotte and Becky are positioned better than her not only because of their characters but also because of their in ring work. Paige's ring work on the other hand has almost seemed to go backwards. It is interesting to contrast this to women such as Nikki Bella and Emma- both whose had major deficiencies in ring work (Nikki) or character writing (Emma) and have managed through hiatus or a brief move back to NXT to address these issues, to the point where they can still have a valuable role on the roster (so long as Emmalina can get on the fucking TV...).

Not to mention the big mexican elephant in the room. 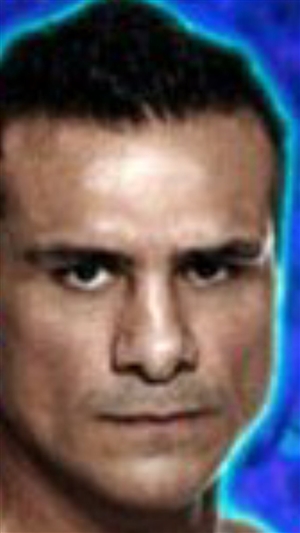 Look, Triple H and Del Rio have serious beef. And Paige is a grown up. If she and Alberto want to get married, that's their own business.

However, I genuinely do believe that Hunter's concern goes beyond some petty feud and actually is in the realm of seeing someone who he helped teach maybe making some life choices that could impede her career. And I'm not going to go through all the dirty laundry or a he said, she said routine, but the fact remains that this relationship has stirred up a huge hornet's nest in many circles, not just the WWE.

It's fair to say that WWE expected a lot more from Paige but much of this is their own fault. For even now, if someone was to ask me what exactly defines Paige's character in a WWE ring I wouldn't really be able to come up with anything compelling or unique. And this was fine when the Women's Roster was paper thin. But now with new NXT women coming up, Paige seems more like a relic of a bygone age than like one of the Four Horsewomen she helped usher in. Put simply, Paige was the Anti-Diva. But now, with a Women's Championship and women headlining PPV's, it is increasingly difficult to find something, or someone who this character can be anti about.

Well, that's article 69 in the books. Before I give a preview of the next article I would just like to say a brief thanks to all those who read these rants and get a kick out of them. Thanks also to Geno, Sean and the others who help keep this site running and all those who give their two cents about various wrestling topics- even if I don't always agree with them. I've been on this site for almost 3 years, and have learned a lot and laughed a lot. Thank you all.

And with that we come to article 70, where we look at a long title reign that seemed to suffocate the champion instead of help him. Until then!