If I was to hypothesise what type of worker has been most hurt by the loss of the territories, I would find it hard to go past the big heavyweights. Y'see, in the olden days (cue sepia tint here) a big heavyweight could move from territory to territory to territory, instil a reign of terror- including maybe grabbing the top title and remaining undefeated for a few months before eventually losing to the alpha babyface and moving on to repeat the process at another territory. A big man didn't need a huge repertoire of moves to succeed because he often wasn't in the company long enough for that to make a difference. He'd come in, look massive, grab the belt and just when he looked unbeatable, he'd get beaten.

Without territories though, big guys are soon made to lose. And unless they are a great worker like the Undertaker or have an amazing gimmick...like the Undertaker, many of them become part of the furniture rather than a massive asset. And what's worse is the audience focuses more on the steak than the sizzle.

So with that in mind, let's look what happens when creative's idea of a big heavyweight vastly is at odds with a universe who's seen him for a looong time...

In the middle of 2013, Daniel Bryan and Randy Orton feuded for the coveted WWE Championship. In many ways it was a strange sort of feud that never really reached the heights it should have because a) both creative and the crowds overestimated the amount of chemistry both workers had (due in no small part due to a barn burner of a main event that they had on a SmackDown in August the same year), b) the fact that every single man and his dog knew that D-Bry was going to get the short straw...and the WWE did everything in their goddamn power to rub it in their face by having false victory after false fucking victory (and don't tell me that this was building to Wrestlemania 30- until Punk quit the company, he was facing Sheamus. Sheamus.).

Oh and c) this guy 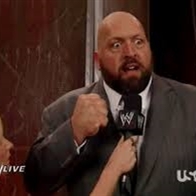 While the Orton/Bryan feud was going on the newly minted 'Authority' began to tighten its grip on the company by blackmailing Mr Show into working for them by essentially claiming that the guy was broke. During this period the Authority would have the World's Largest Athlete do all sorts of evil deeds on their behalf- including knocking out the American Dream- Dusty Rhodes.

The trouble is, throughout the early run of the Authority- before they actually nailed their shit down in early 2014- it was actually really difficult to ascertain what the Authority was all about. One minute they'd be talking about being "best for business" and the next they'd be knocking out wrestling royalty in front of everyone and expecting no blow back. The Big Show stuff really exemplified this dichotomy and it seemed to be crystallised in the two main antagonists. On one hand you had Triple H attempting to build what he considered to be the 'right' wrestling product- no matter what the fans thought and he was going to do anything to make sure that his guys were the faces of this new era.

And then you had Stephanie who grinned like Angelica from Rugrats whenever she was plotting something devious when Show knocked Dusty out. Hunter seemed to exemplify this irritatingly backward view of wrestling that WWE seemed to espouse, while Stephanie just was vindictive to the extreme. To put it another way, Hunter was like Mr McMahon circa 1998, Stephanie seemed to be Vince circa 2003.

And so at Battleground- a show that didn't need any help being terrible- Big Show interfered in the Orton/Bryan match by knocking both workers out and causing a no-contest, leading to him being fired the next night on Raw. Big Show, however, did not take this lying down and managed to begin to cause havoc for the Authority- including most importantly having the Rhodes Brothers win the Tag Titles from the Shield in what was admittedly a feel good moment as well as knocking Triple H out.

And then they had to ruin it by pushing in a lawsuit angle.

Look, I know you have to find a way to get Big Show back into the company in kayfabe, but why not actually put the guy over a bit? Have members of the Authority (the Shield and Kane) threatening to walk out on the group if Triple H and Stephanie can't find a way to rectify the fact that he keeps on showing up and wrecking their shit? Maybe have a non-title match between Bryan and Orton where the Shield is expected to protect Randy at ringside...and they don't show. Bryan gets the win and the announcers can point out that it looks like the authority is fraying.

Because all a lawsuit angle does is take attention away from where it should be in the ring. And what makes it worse is that as part of the 'settlement' that the Authority and Big Show come to to see him back hired is that Show got a WWE title shot at Survivor Series. 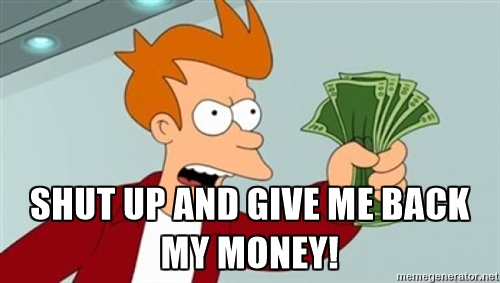 You know where Show should have been in Survivor Series? Either in the 5-on-5 match against the Shield or with Punk and Bryan to make the match against the Wyatts a 6-man tag. Instead he was plonked into the main event against Orton in a match that screamed 'placeholder'.

Which brings me to the key thing that was wrong with this whole damn feud.

To many in the WWE Universe, the protagonist of this whole story was Daniel Bryan and it was easy to see why. Daniel Bryan had won the championship at Summerslam, but was cruelly robbed of it by the newly created 'Authority' faction who wanted nothing to do with a WWE with D-Bry as the champion. Hell, there wouldn't have been an Authority without Bryan's underdog victory.

Somehow, in the midst of WWE Creative however, someone had got it into their heads that it was the Authority who were the ones who were really driving the story and therefore they could essentially just sub in and out babyfaces until Drax came back at Wrestlemania 30 in order to end their reign of terror.

But the thing was, the audience didn't want a corporate version of the Reign of Terror, they wanted to see the most over wrestler and best worker in the company get rewarded for his efforts. And the fact that the WWE were willing to shunt him to the side in favour of the Big Show, who- broke or not- did ruin D-Bry's chances at winning the title at Battleground, did little to appease them.

Well, at least Orton and Show could restore some faith with the match. A match, where we were told the Authority would not interfere since Orton had pissed them off so much the past Monday on Raw.

One of the biggest observations about Orton as a worker is that he makes everything seem easy. Well, in this match he made rolling out of the ring look discombobulating.

The story they were attempting to tell was at least on the face of it interesting. Orton was so shitscared of the Big Show that he was trying to avoid him for the first part of the match (as all good heels do). The big problem is that you have a match nobody wants to see, and instead of getting them hooked into the story early with some brutal back and forth, they essentially allow the crowd to insert themselves into the big lulls of the action- chanting "Daniel Bryan" and "boring".

To put it in the words of Orton's former mentor, Mr Helmsley, a great wrestling match can be compared to a great song. But not every band in the world is going to be able to play 'Stairway to Heaven'. And that should be ok. Sometimes it's better to play something like this.

And yes, I chose them because they're Australian...

Because that's a great song in it's own way too- brutal and to the point.

Because this match- though it only went for, say 10 minutes, seemed to go on forever and magnified the worst aspects of both men's work. Big Show was seen as being slow and not having a massive range of moves while Orton was seen as being inflexible when the match began to go south.

And then there's the finish.

So, Big Show has Orton knocked out and rolls him into the ring when all of a sudden guess who's music hits? But rather than just cover Orton for the 3 count and win the title, Big Show stands there like a rube and trash talks Hunter and Stephanie, before being laid out by Orton, who has magically recovered enough from his major concussion to hit an RKO.

Because why would you be fully focused on the friggin' championship match!!!!

As much as I get annoyed about crowds trolling like they did here, essentially the WWE put the wrong match at the wrong time and then couldn't even give a proper finish. In fact this was the fourth main event in a row without a clean finish- a fact that did little for Orton as champion and made the crowd get thoroughly sick and tired of this whole Authority angle very quickly.

Especially since the guy who we wanted to cheer was apparently now out in the cold.

Oh and Big Show? Shunted to be part of a make shift tag team with Rey Mysterio in order to challenge for the Tag Team Titles. So the whole Authority angle with him died a sad little death too.

Survivor Series is an event that WWE have had some trouble with in the last few years, but its not like they haven't put in the effort. In 2011 The Rock returned to tag with Cena. In 2012 we saw the debut of the Shield. In 2014 Sting first appeared on our screens and in 2015 the Undertaker had his 25th anniversary.

But the thing is, more and more WWE seem to drift away from what made Survivor Series unique- the 4 on 4 (or 5 on 5) elimination matches. And, coupled with awful feuds like this, it makes one of the great historical PPVs seem not that special anymore.

And that's article 63! Next time we head to Nashville to see what happens when two old guys can't leave two up and comers alone!