And they say Seth Rollins was the first to cash in on the Grandest Stage of Them All...

So I've just finished watching Wrestlemania 32 and like many I was underwhelmed. The Street Fight used kendo sticks and chairs...and that's about it. The Wyatts were relegated to 'dancing bears' for the Rock and frankly the Main Event was painfully slow.

However, with all that in mind. I feel secure knowing that it wasn't be as bad as what I am about to tell you...

WWE have often been criticised by relying too much on John Cena. If one was to go look at the period between his first WM Main event (22) and his last (29), he wrestled in 5 main events. Four people have 2- HBK, the Undertaker, the Rock and Triple H. However compare that to one Hulk Hogan and the first 8 Wrestlemanias where he participated in SEVEN of the first eight main events at Wrestlemania. And only ONE person got more than one main event during this time other than him- Randy Savage with two.

John Cena may have been the top guy in the WWE, but as far as a lot of people were concerned (including perhaps Hulk himself) Hogan WAS the WWE in the early throes of Wrestlemania. But fast forward to mid- 1992 and Hulk Hogan had hit a big speedbump when a doctor was alleged to have been selling Hogan steroids illegally (to feed his pythons I guess...). While Hogan denied the allegations, many other wrestlers amped up the scrutiny, claiming that they saw Hogan inject steroids on many occasions. Hogan therefore took a temporary leave of absence from WWE.

So who did Vince decide would carry the title into Wrestlemania 9? 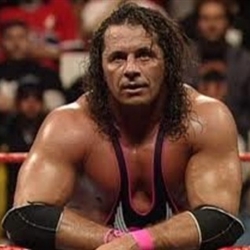 At Wrestlemania 8 Bret Hart defeated Roddy Piper for the Intercontinental Championship and then dropped it to a (allegedly) coked out British Bulldog who he managed to get through to one of the best Summerslam Matches ever.

At the same even Ric Flair got his title back from Randy Savage and it seemed sensible enough that Flair and Hart would soon be on a collision course for the WWE Championship...

Which happened at a house show at Saskatoon- allegedly because Flair didn't want to job to Hart on television.

There's a lot of that coming...

Some would say that Hart's first run with the title was against glorified midcarders. I think there is an element of truth to that. However, I don't think that is actually because of stupid booking (although the Papa Shango thing is a head scratcher...). Instead, I think that Vince was trying to prepare for Life After Hogan. With that in mind guys like Michaels and Razor were no doubt seen as the future.

Having said all that however...would a win against Flair (on TV) or Savage have gone astray? Lex Luger? Someone to have legitimise Hart as having 'made it' in the top echelon of the company? It would have made things a little easier than matches against voodoo priests.

But the beauty of Bret Hart as a wrestler was the way he could tell a story in that damn ring as well as anyone. If you targeted his leg. Hart would limp and grimace like there was no tomorrow. If you ran through him with a clothesline, he would be dazed. You felt his pain and when he won, by God it felt like he earned it. And so people loved him for it. Despite his mixed bag of opponents, he was still over as the champion going into Wrestlemania 9. 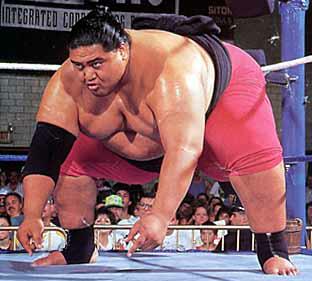 Look, you have a guy from Polynesia managed by a Japanese stereotype pretending to be a Sumo wrester. It would be safe to say that we're not exactly reaching for the stars here as far as gimmickry. But in 1993 Yoko won the Royal Rumble and would therefore earn the right to challenge Hart for the title at Wrestlemania 9. His finisher- the Banzai Drop had sent Hacksaw Duggan off TV for two months (in kayfabe) after he did it four times, and he performed the same move (once) on Hart during their contract signing. He seemed an unstoppable monster. How on earth would Hart be able to defeat him?

I have to say first off that WWE looks right at home in the garish surroundings of Caesar's Palace. Maybe it's the geisha's accompanying Yoko to the ring, or JR in a toga, but it doesn't really feel like WWE are pulling back on the reigns at all. Secondly, if there was any doubts that Hart was over...listen to that ovation. When his music hits, the crowd are pumped. I think even Bret is a little shocked by how popular he is. Thirdly, while I've complained several times during these articles about Vince's inability to get Savage from behind that damn announcer's desk when he wanted to wrestle, and still could wrestle...he does actually make a pretty good announcer. I'm not saying that justifies keeping him there, but it is something that WWE may want to consider doing in the future with injured superstars at PPVs- if only for one or two matches (ones that can talk- I'm not advocating special ringside comments from Randy Orton or Jack Swagger).

And as for the actual match...It's pretty fun to watch. It's made great by the fact that Hart sells wonderfully for the big man whilst getting his share of offence in. Secondly, there's a strategy involved to how he's going to defeat Yoko. He knows that he isn't powerful enough to do it face to face so he uses jumping moves. The crowd chanting "USA" is hilarious, but that also adds to the atmosphere because you know they're into it. I even quite like the ending where Fuji throws salt into Hart's eyes while he has Yoko in the sharpshooter ready to tap. You feel like there's a feud here which could take WWE through the summer- 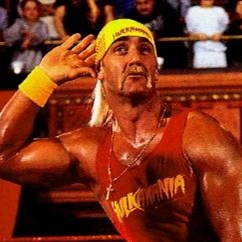 Cue the wailing and gnashing of teeth.

One stupid challenge by Fuji (whose champion has nothing to prove to Hogan) and Hogan is WWE Champion. Again. Bret and Yoko? Who cares, let's see Hulk posing in the ring (although it is interesting to note that due to his reduced size and the possible reasons for it, there is far less attention given to his pythons, which are now more like cobras...).

This is not to mention the damage it does to Hart. His WWE Championship becomes an afterthought in a heartbeat simply because there can't be a rematch clause, because the feud has already moved on. Instantaneously he goes from main-eventer to sorta back in the mix.

The apparent idea was that Hogan could then drop the WWE Championship to Hart at King of the Ring- Hogan's last appearance with the company before he would set off for pastures new in what would be a passing of the torch. However because Hogan is Hogan, he scuppered the idea and wanted to have a tainted loss against the top heel of the company in Yokozuna.

The really dumb thing about all of this is that it's not as if this was the first time Hulk had pulled his creative control card on Vince. And yet Vince indulged him by giving him that stupid title back again. You know where he should have been? In a sort of modern Undertakery role. Having marquee matches with people where the title wasn't needed because it was Hulk Hogan! If you're really lucky you might even get to elevate a couple of upper midcarders by telling Hulk that they could put on a great match with him and he could win but put them over by shaking their hand. You could have pitched to him as a sort of farewell tour of the company he did so much to build. And while that's happening, you build this feud between Hart and Yoko, because that's where the future lies.

What really is frustrating about all of this then is the fact they were so close to getting it so right. But because Hogan had reservations about Hart he refused to lose to him out the door- a bizarre concept for early 1990s wrestling. The Internet has barely been invented and Hogan is worried what about his character in a former territory would be thought like? It'd be like if Alan Rickman was not cast as Severus Snape because he died as Hans Gruber and so people were worried he couldn't be taken seriously.

And hey, if you wanted a happy ending to Wrestlemania, just have Yoko pin Bret arms behind his back after he pins him and have Fuji go for the salt...

In other words, essentially do what you did at the end, just don't include Hulk Hogan. Is that so hard?

And that's article 57. Next time we look back at where it all started to go wrong for Vince's latest pet project.