Where we get all (Green) Misty eyed with nostalgia...

In November 2004, Matt Bloom- better known as A-Train- was released from his WWE contract. As a solid hand, Bloom had worked many matches with the likes of the Undertaker, Test, Kane, Big Show and the Dudleyz but was never seen as main event material. Indeed, his only championship in the whole 5 years he was in the WWE was one run with the Intercontinental TItle- which he had for only a month.

There was no doubt though, that he had potential as a wrestler, if utilised properly- and at only 30, he still had plenty of time left in front of him. He therefore made his way to Japan where, under the name of Giant Bernard, he won several championships in companies such as Pro Wrestling NOAH and New Japan Pro Wrestling- including becoming co-holder of the longest Tag Team championship reign in NJPW history- ending at a whopping 564 days.

And soon after the WWE came a-knockin' again.

The Raw after Wrestlemania 28, Bloom returned. Not as Giant Bernard, nor as A-Train but as a new persona- Lord Tensai- complete with manager/follower Sakamoto and squashed Alex Riley in about 6 minutes. In the following weeks he was seen to have some sort of loose association with GM John Laurinatis in his machinations against John Cena and WWE Champion CM Punk. To this end, he actually beat John Cena in an Extreme Rules match as well as CM Punk in a Handicap Match with Daniel Bryan.

And yet, he never won a title. Though he was earmarked to be a top heel at one stage he never main evented a PPV. In fact, for the whole of 2012 he was on the main show of 2 PPV's (Money in the Bank and Survivor Series).

And it's not as if Bloom couldn't work. His ring psychology was good and his methodical but brutal offence seemed to fit the character really well. I also really liked his entrance to the ring (even though he looked a little bit like Shredder hanging out at the Playboy Mansion) and though I can see why some would say it sorta verged a little on stereotypes at least Lord Tensai was a character that seemed to be a little more colourful in an age where we still didn't have the Shield or the Wyatt Family.

So the million dollar question is, why didn't he take off as he should?

For starters, he was pushed waaay too fast. There was an obvious first feud for Tensai that would have given him some time to build a spot in the card while giving him some prominence.

And it was against this guy. 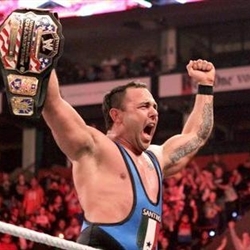 At the time of Tensai's debut Santino Marella had the United States Championship. The first feud that Tensai should have been in was to line up Marella and essentially bulldoze him until he was little more than a smear in the canvas- while picking up the United States Title in the process. You could have even done it on his debut to mirror Marella's first winning of the IC Title. Hey, have him no sell the freakin' Cobra just to show how stupid Marella is to be wandering around with that title.

You could have still had him then have matches with the likes of Cena and Punk. He could have still even won them (it's not as if both matches were clean wins after all) but then he would also have his own little program to be running on in the mean time where he could be showcased in title matches on PPVs.

Because there was another acquisition made at the same time. Another returning WWE Superstar. Can anyone remember who that might be? 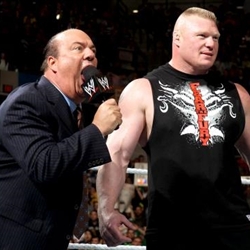 In 2012 Brock Lesnar returned in a massive fanfare. Now, while one may say that Tensai was going to be full time and Lesnar part time, there is no doubt that the return of the Beast would have caused almost anyone to be eclipsed by it. So when people were looking at Tensai, they were really looking at him in relation to Brock Lesnar. This wasn't helped by the fact, as said above, that both seemed to be acquisitions of John Laurinatis to make Cena and Punk's life a misery. So while Cena may have face Tensai at a Raw main event, we all knew it was just the entree to the delicious main course of Cena/Lesnar at Extreme Rules.

And while Lesnar had the luxury of being cool enough to avoid being dragged down by the charisma vortex that is John Laurinatis, poor Lord Tensai had no such chance.

I have spoken a lot about John Laryngitis Laurinatis' lack of charisma, but I still find it mind boggling that the WWE were willing to go through with the whole people power angle for as long as they did. As a authority heel, Laurinitis was just...dull in a way that Vince McMahon simply wasn't. And as wrestlers like Tensai continued to be associated as his lackeys, they continued to be tarred as lacking any sort of individual sort of drive or character (a bit like the League of Nations now).

Which was made worse by the fact by the fucking obvious elephant in the room.

It seems obvious that WWE was willing to talk all about Brock Lesnar's UFC career and identify him still as Brock Lesnar. This gave him legitimacy as a bad-ass returning superstar. And for Bray Wyatt they barely acknowledged his past as Husky Harris because that would take way from the colour of his new gimmick.

With Lord Tensai...the WWE strangely pitched for in between- claiming that he was a former WWE superstar who had left for Japan and dominated- "learning the way of the warrior" as Michael Cole rather condescendingly puts it. The thing was...he looked like A-Train and all the internet marks knew that A-Train was coming back so naturally the crowd put two and two together and saw that it was A-Train and began chanting "Albert" during his matches.

And the stupid thing was that the WWE didn't try to acknowledge that. They didn't have Lord Tensai cut a promo about how Albert was dead and Tensai had taken his place, or that he no longer acknowledged his name to be Albert because that was part of his failed American past. Instead they just kept rolling out the same tired old line that Lord Tensai was an ex WWE superstar without acknowledging who the fuck he used to be. It seems so bizarre considering only four years later, announcers are willing to acknowledge the wrestling knowledge of its viewers by listing the achievements of AJ Styles and Samoa Joe.

And so Tensai continued to get chanted at, and the WWE didn't really do anything about it. And since he wasn't turning up on PPVs like Ryback, he wasn't getting the credibility needed to show that he could be something that could move up the card.

Which brings me to the biggest reason of all. 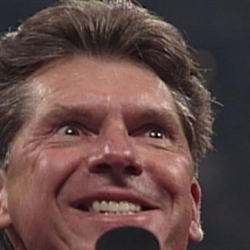 Greco Roman Guy stated that he believes that Vince McMahon still has a Cold War state of mind. I think the truth is a little different. I think that Vince actually views foreign policy like he does business dealings. There has to be a winner and a loser. The notion of incredible variables and outside factors doesn't really enter his mind. As long as the USA have negotiated the better deal- then they've won. Simple as that. It's the same reason the InVasion happened like it did. Vince could have had his roster take a bigger hit in order for his 'universe' to be better off, but that would mean losing face. So WCW had to be essentially shat on to ensure that his roster was still seen to be winning- despite the fact they won the war and it may have been more prudent in the long run to try and build up a bigger, better roster. 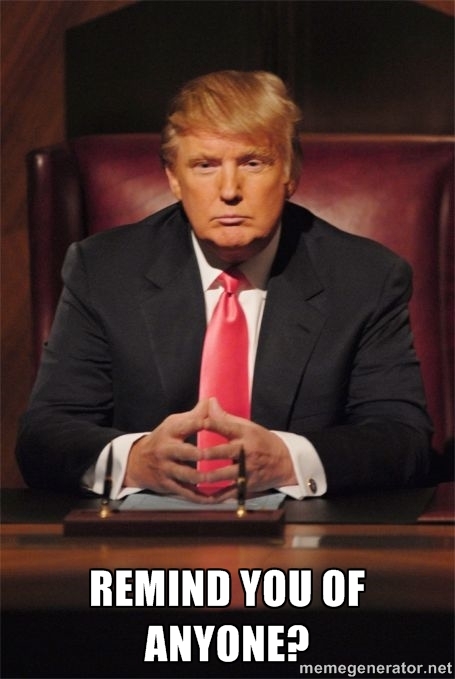 I think that his approach with foreign heels also can be looked at like this. Tensai (and Rusev after him, incidentally) found it difficult to gain much depth within the roster because at the end of the day I think McMahon saw them as characters whose job it was to lose to the most American hero he could find. Ditto Sergeant Slaughter, the Iron Sheik, Vladamir Kozlov, the Great Khali.

It is an easy narrative to tell. The trouble is that too often it does little favours for those on the losing side.

I could go on about Sweet T and all that guff but by that stage the Tensai gimmick was dead anyway. However, Bloom still remained a great acquisition for the WWE (apparently his acquisition was down to Laurinatis and the Undertaker, believe it or not). He is now head trainer of NXT and I think it wouldn't be hard to attribute some of Baron Corbin's improvement to Bloom's own experience and training. Likewise, with such an extensive background in Japan, his experience would be great for all the Japanese stars making the transition to the WWE style.

So Lord Tensai may have been a disaster, but the man behind it? A very underrated pick up.

And that's article 54! Next time we look at how to shit on one of the most respected tag teams in history. See you then!