Moments of 2016 is a series of articles that detail the year in review for WWE, whether it be specific moments, matches or superstars who've stood out on the WWE main roster and NXT, one way or another. You'll see this series of pieces go through to the end of December.

It maybe a bit too much to suggest that he got as much that February evening in Seattle considering the nature of why he was in the ring that night to close off Raw.

But when all was said and done, Daniel Bryan got the best of happy endings. Or as close to a happy ending as you can get considering he was being forced to retire from what he loved doing more than anything else.

The point in his farewell speech that made me realise that? They say a picture speaks a thousand words. 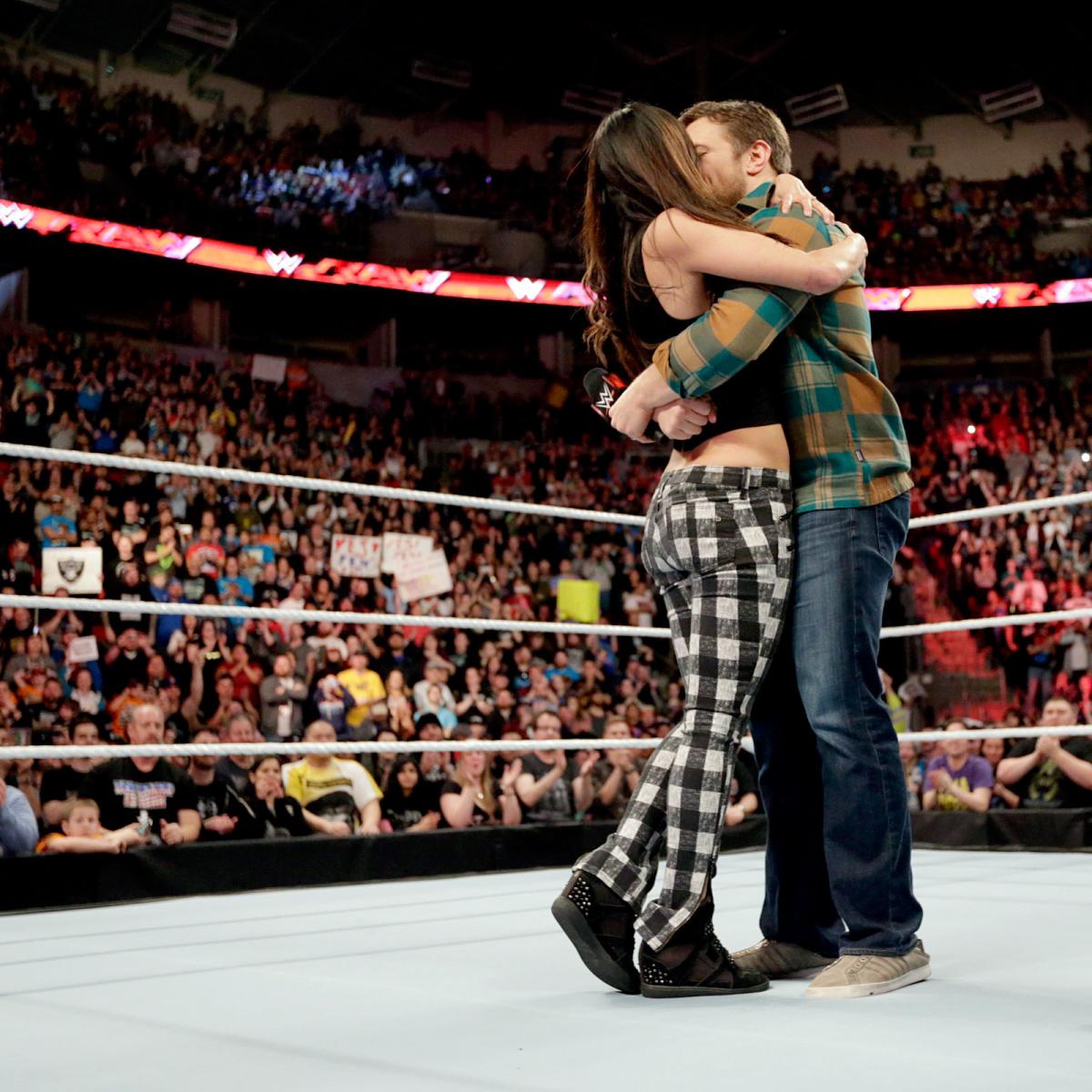 Literally as he finished his speech, with the crowd going yes one last time, his music starts playing and coming down the ramp is his wife, Brie Bella. Brie gets in the ring and plants one hell of a kiss on Bryan just as his theme hits the biggest crescendo.

This wasn't meant to happen. Bryan was at the peak of his career when he suffered his severe neck injury after WM30. And when there was first talk of Bryan retiring, it was at the end of 2014 when it seemed like the neck injury was enough to take him out for good. It wasn't Mark Henry in the salmon suit, but darn if I personally wasn't falling for it hook line and sinker as the promo he had during an episode of Monday Night Raw wore on. Thankfully, he came back the following year in the Royal Rumble, competed against Roman Reigns in a fantastic number one contenders match at Fastlane and then, like the year before, win a major title at Wrestlemania with the Intercontentinental Title and become a Grand Slam champion in WWE.

Who knew after it'd all go south again - and this time for good. After a concussion suffered during a SmackDown taping, Bryan was out. He was stripped of the IC title he was due to defend against Wade Barrett and was gone for an indefinite period. Weeks passed and subsequently months passed. Was he coming back? Whenever a return was teased on social media by the 'E, the massive hope was that it'd be Bryan. Instead, it'd be someone like The Rock. Whilst all that was happening, Bryan was being kept out by WWE doctors while the former was going around getting second, third and all sorts of other opinions from doctors.

It wasn't to be. Too many concussions from his entire career - from the indie scene to WWE - tallied too much and, after a test that showed it as such and despite many warning signs including convulsions tied to his concussions, the unwanted Daniel Bryan retirement party was going to happen, whether we liked it or not.

And it was, to say the least, the most emotional retirement party. As far as retirement speeches go, this was easily the most emotionally driven in the WWE ever. Period. We've had them in the past, most recently in the past ten years with Edge, Shawn Michaels and Ric Flair, whose speech was considered the pinnacle of speeches. Knowing what was coming - he sent a tweet before his speech announcing the retirement ahead of the Raw speech - Bryan managed to find ways during it that was both funny (anyone who says they heard a 'That's what she said' chant before that night when joking of him and Brie's sex life with the Yes chant, they are lying), endearing and emotional.

There was one word that summed up his speech - grateful. He was grateful for the opportunity he was given over 15 plus years. He was grateful that he got the chance to perform in front of his dad before he passed. He was grateful to have met amazing people over the years in his time in the squared circle, including his wife. To say the man was grateful would be just that. Because he was.

And after all that was said and done, he took a deserved break away from wrestling. He did some ambassador stuff for WWE in the interim, but for all intents and purposes, that was it. He had even planned to go back to school to get a degree. But just as you think you're gone, they pull you back in. And now, we're here where Daniel Bryan is the on-screen general manager of Smackdown Live and the co-host of Talking Smack, the Network's best show going today, and being involved with two of the biggest on-screen moments of the WWE year with his retirement speech and having his soul ethered by The Miz on TS. But we'll come to that little ditty eventually.

Needless to say, we're very grateful for - and to - Daniel Bryan.

Johnny Cullen writes about games for a living and has written for the likes of Eurogamer, VG247 and Official PlayStation Magazine UK and also podcasts about games for My Favourite Game. You can follow him on Twitter - for mostly games hijinks but also WWE tweets (and be a bit obsessive over Bayley), The Last of Us, Metal Gear Solid 3 and Jonsi & Alex) - @JohnnyCullen.