Today, November 13th, is the anniversary of something rather somber. On this day, eleven years ago, the world of professional wrestling lost a true legend: Eddie Guerrero. One of my absolute favorites in the business, leaving so suddenly, without any warning, it still stings. I realize there are far more tragic events in the world, of course. But this is rather personal for me, because I can still vividly remember where I was the day of the tribute on Monday Night RAW, and I can't say that about a lot of my childhood.

I can't remember exactly when his death was announced on the news, but I remember going to school as normal. When I got home, one of my friends who lived next door to me, who was a huge wrestling fan like myself and my brother, told us he on the news that heard Eddie Guerrero died. We didn't believe him, so we brushed it off. When we finally got inside, our mom told us the same, and the story was playing on the news. I didn't know how to process it, honestly. Was it a hoax? Was it a false report? I wasn't sure, but I remember my brother getting nervous. Eddie Guerrero was his all-time favorite wrestler, so we went onto our computer to WWE's website. He didn't want to believe it.

That's when we saw it.

WWE confirmed it. Eddie Guerrero was dead at 38. My brother froze, I couldn't really read his expression. I think it was more shock than anything else, I felt the same way. We almost didn't watch RAW that night, but I talked him into it. Maybe it really was just a misunderstanding, I told him. I was young, I had trouble understanding emotions, it was my way of helping.

Unfortunately, it wasn't a misunderstanding.

It felt like the world WWE created, every story, every character, was all put on pause that night. The tribute was amazing, I don't remember crying, and my brother didn't cry at first. In fact, we were having fun. We loved the matches, watching the memories of Eddie was cracking us up. It was a normal night watching wrestling for us.

It wasn't until Triple H gave his words of tribute that my brother started to crack. And I should preface, my brother is made of lead. He never cries. At twenty one years of age, one year older than I am, the number of times I've seen him cry, I can count on one hand. And it showed me how much he really idolized Eddie Guerrero, that he would get so emotional about his death, someone he's never met. Of course, he shrugged it off the next day, pretended to be fine. But I noticed the little things, like he'd start making custom wrestlers on our WWE games with Eddie's music and entrance, their finishers always the frog splash. For Christmas that year, he asked for an Eddie Guerrero T-shirt. I still remember how his face lit up when he pulled it out of his stocking.

I realize this website is the last place to share something like this, but I feel it's relevant to us, especially today. I loved Eddie Guerrero, I'm sure many of us do. And I know it still stings that he's not around anymore, to train the stars at the Performance Center, or maybe even have one last match at Wrestlemania (He would be 49 today, I'd say he'd still have one last frog splash in him). But to still praise him like we do, still playing his entrance music on repeat, or even appreciating the little tributes in WWE today, like JBL exclaiming "Viva La Raza!" any time a wrestler busts out a frog splash, or how Sasha Banks disposed of Dana Brooke in her match for the WWE Women's Championship on the first RAW of the new brand split.

True, Eddie Guerrero is no longer with us in a physical sense. However, his legacy, his spirit, these are things that will never die. Not as long as we continue to play his music, to rewatch his greatest matches and moments, to reminisce. Eddie always called himself "Latino Heat," and I sincerely doubt that fire will ever die.

It certainly hasn't died in me, or my brother. And I hope it never dies in you, either. 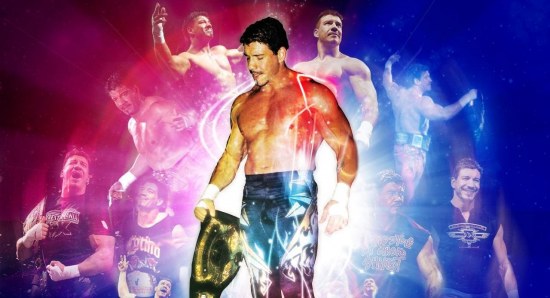