N.B I apologise for the massive gap between these articles. I have been really snowed under of late due to a number of reasons, and WWE wasn't on the forefront of my mind.

So where were we?

After being Edge’s punching bag and essentially being shunted off SmackDown in the most egregious way possible, Ziggler soon found himself on Raw still with his manager Vickie Gurrero in tow. After a few feuds which included one with Swagger where the two of them fought for the affections of Guerrero, as well as a few unsuccessful Tag Title shots, it looked like Ziggler was heading in 2012 with little in the way of momentum.

Little did anyone know that he would soon be paired with the hottest act in the industry- CM Punk. in a match at the Royal Rumble for the WWE Championship. However the match really did little to put Ziggler over as a legitimate contender for the title and did more to show him as a patsy for a manager/GM figure (John Laurinitis, in this case).

Are you noticing a pattern here?

After competing in the WWE Championship Elimination Chamber match (where he was eliminated second by Chris Jericho) Ziggler found in a sort of bipolar state in the months before Money in the Bank. One month he was part of the relatively ordinary Team Teddy vs Team Johnny match at Wrestlemania 28, a couple of months later he was wrestling Sheamus for the World Heavyweight Championship.

As all this was happening, however, Ziggler was getting himself over with the crowd with his unique moveset and athleticism. Though still together with Vickie Guerrero, many believed that it was only a matter of time before the WWE saw what an asset they had with the show off and the title matches with Punk and Sheamus were the company’s way of testing the waters. It was no surprise therefore that Ziggler won the World Heavyweight Championship Money in the Bank briefcase over Cody Rhodes, Christian, Tensai, Sin Cara, Tyson Kidd, Santino Marella and Damien Sandow.

So finally it looked like Ziggler’s chance to grab that brass ring had arrived…Soooo why am I talking about it?

First thing we have to do here is address the big fat pachyderm in the room. 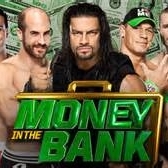 Look, I know that the WWE would have us believe that the Money in the Bank briefcase is a wonderful launching pad for wrestlers- where dreams can become reality and everything can be like a big chocolate factory (I may have watched a little too much Willy Wonka lately…). The truth is though that it rarely works out that well.

Essentially, there are three sorts of Money in the Banks winners. There’s the sort who win the briefcase because creative have an immediate idea of what to do with them in order to make some sort of new angle or new champion. A good example of this would be John Cena in 2012- whose cash in led to the heel turn of CM Punk on the 1000th episode of Raw or Randy Orton cashing in on Daniel Bryan in 2013. The second type of winner is the sort who manages to become a sort of ‘in-case-of-emergency-break-glass’ sort of dude who creative inserts at the last minute because of injury/angle fatigue and becomes a sort of happy accident as a result. Daniel Bryan in 2011 and Seth Rollins in 2015 are both great examples of this- it was only circumstance that made creative book them to cash in (Mark Henry’s injury and the fan rejection of Roman Reigns) but when they did it seemed like a natural fit.

And then there’s the third sort- where the guy wins the briefcase…and sorta meanders because creative realises that they have anointed a guy who can cash in at ANY moment…but are too shitscared to put him over as a viable contender. Thus between when he won the briefcase and when he actually attempts to cash it in the wrestler is essentially left in a sort of limbo

Guess which group Ziggler falls into?

Part of the reason is that Ziggler took an eternity in cashing in. No Money in the Bank winner has been able to sustain momentum in such a way to make them look strong after more than 5 months with the exception of Seth Rollins for the simple reason that he was booked in main event matches!!! Who would have thought?

So instead we have Ziggler line up against this dude. 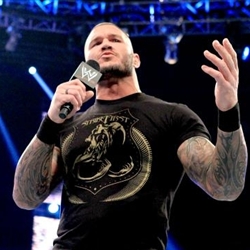 For all that is said about Randy Orton it's time we all accepted that his face run between 2010 and 2014 was a pretty big bust. Not only did he as a babyface lose almost every ounce of interest as a character that he so ruthlessly and tirelessly acquired as a heel, but he didn't manage to really make any rising star look like a viable main event star. Instead, many of them (Legacy, Christian, CM Punk and Ziggler too) found themselves sucked into feuds where Orton had to win merely because he's Randy Orton.

And the really stupid thing was in mid to late 2013 the chances of Randy Orton getting a World Title was just above those of Santino thanks to the fact that Orton had just come back from his second Wellness Policy violation suspension. So why not get him to put Ziggler over clean in a major PPV? Why is that so hard?

"But Vectron!" I hear you say, "Ziggler was the sole survivor during their Traditional Survivor Series Match; doesn't that count for something?"

Well, yeah but it's not the same if the match is a hastily booked schmozzle just so that creative could wrangle a World Title match at the last minute (admittedly one that saw the debut of the Shield, but still...).

But not to worry, Ziggler then moved on to this guy: 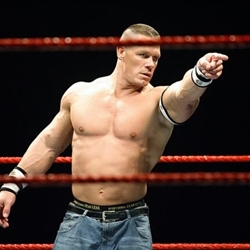 To be fair, Cena did lose to Ziggler at TLC 2012. But after that, there wasn't much from this feud that really worked in Ziggler's favour.

This was made little better by the fact of who else was involved. 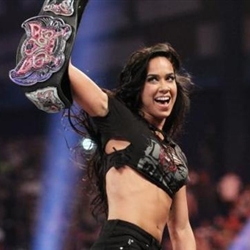 By the middle of 2012, AJ Lee had become hot property. Her 'geek-chic' (to quote David Tennant) had endeared her to the WWE audience who was prepared to see more of her. Knowing this one would assume that she would be pushed towards the Divas Championship to give some relevance to the division. But Kevin Dunn, Vince McMahon and the rest thought that it would be better to go through the rest of 2012 kissing 5 different men (Daniel Bryan, Kane, CM Punk, John Cena and Dolph Ziggler) while claiming that she was 'crazy'.

Which brought us to the Raw of December 31st 2012, where Dolph Ziggler and AJ Lee was toasting their love and claiming that 2013 would be the year of Dolph Ziggler before John Cena crashed the party with his trusty photo shop. 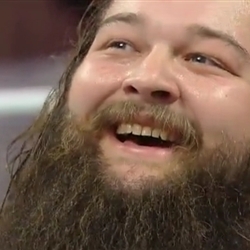 During this he implied that AJ had slept with almost everyone in the WWE staff (including Howard FInkel and the members of the Shield) before getting all earnest and saying that 2013 would see him become WWE Champion again…before dumping poo all over AJ and Dolph.

I wish I could say I was joking with that last part, but alas I am not. The Money in the Bank winner was taken seriously enough to have excreta dumped all over him- literally buried and shat on from a great height. If there was ever a metaphor for the attitude towards 85% of the roster this would be it...

But if that wasn't enough, on the 20th Anniversary of Raw, Cena went through Ziggler as well as massive interference from both Big E and AJ to win a cage match.

And yet, despite these speed bumps as well as a nondescript tag feud with Team Hell No which they were ALWAYS going to lose, when Ziggler cashed in the Raw after Wrestlemania the crowd roared like Stone Cold had just delivered a Stunner to Vince Russo.

Tune in next time to see how that ended up like a Michael Cole ankle lock instead.

#50 The Dolph Ziggler Conundrum Part One