In which Real Americans rear their ugly head. Or foot, in this case...

April 8th 2013, was an amazing day for Dolph Ziggler's career. In front of the snarkiest crowd in all of the Raw calendar year, when his music hit to cash in, the crowd roared a roar that was both elated and relieved. Elated that finally Ziggler would have his chance to wear that belt around his waist and establish himself in the echelon of such workers as CM Punk, Sheamus, Randy Orton and Daniel Bryan and relieved that he wasn't going to be just chucked away like a pizza at the back of the fridge.

Or so they thought...

Look, before I go on, I am going to stick my neck out here and say that out of this whole Dolph Ziggler series of articles, this one may be the most controversial simply because I actually have some sympathy for creative here. Not a huge amount- I still think that they handled this badly, but there is no doubt that there was definitely one or two...hurdles that they would have needed to overcome.

And here's the first one. 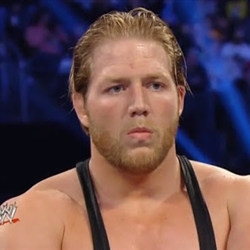 Look, I think we can all agree that Jack Swagger is not main event material. Which in some ways is a shame as he seems like the sort of 'hoss' (to quote JR) that you'd want challenging for a world title in the slower months (or the secondary world title should you have two). The problems are a) his ring psychology leaves something to be desired a lot of the time (although to be fair, even with a beard and a slicked back hair do, he never really looked like a sadistic xenophobe. More like the big goofy jock of the football team who asked if he could copy your homework).

More importantly though is b) which is the uncanny ability to suddenly throw a reckless blow that could end up putting someone on the sidelines for a couple of months.

And therein lies the problem because this sort of performer is never really the sort you can truly rely upon. Oh sure, accidents will happen in an industry like wrestling but there's accidents like Seth Rollins breaking John Cena's nose in a furiously kinetic moment, and there's accidents like when Swagger comes steaming in to stop Ziggler grabbing a ladder (if you watch the replay you can see Swagger slowing down before he gets to Ziggler because he knows he's come in too fast. However, that seems to put him off balance- leading to the kick).

This of course led to Ziggler getting a concussion and being put on ice for a month- missing his chance to consolidate his title reign at Extreme Rules. But it also reinforced the view- rightly or wrongly that Ziggler was...if not injury prone, then riding on the knife's edge of potential injury by the way that he wrestled, and- more importantly- how he sold.

And the other person who could have been placed in the World Champion position was Alberto Del Rio- a former Royal Rumble winner, WWE Champion and World Heavyweight Champion. Sure he was a bust as a babyface, bur Dolph was over for the audience, so why not turn them both at Payback?

In all honesty it was a move with genuine potential- it would allow Ziggler to feud with a whole bunch of new opponents, while putting Del Rio back in his strongest role.

Unfortunately for Ziggler, it didn't amount to much.

The thing is that the feud they had set up for Ziggler after Del Rio should have been easy enough to set up. Big E was his bodyguard after all and it would have been a cinch to put them both together in a compelling feud a la Diesel vs Michaels. But then they had to get the women involved.

And if anyone tells me that this somehow 'elevated' the women's scene- by putting them on with Ziggler and Big E in a mixed tag match at Summerslam I'd say "Bollocks". Instead two perfectly good feuds were watered down because WWE couldn't help but delve into the murky world of soap opera where female wrestlers are catty bitches and male wrestlers are almost always in the right- no matter how they treat women.

And if you want to know what this did for Dolph, the next PPV he faced Dean Ambrose for the US Championship where he lost clean. He then seemed to disappear from the PPV scene altogether. Oh, he was apparently "speaking out against the authority"- he just seemed to be doing it a lot away from the big events. The next PPV he was on was TLC where he lost to Fandango.

That's right. Fandango. At least Bray Wyatt had the decency to lose against the current WWE Champion, a legend of the company, and the face of the franchise. But Fandango?! On the pre-show?! In four minutes?! If I was Hunter and a guy who 'spoke out against my authority' lost in four minutes to Fandango I wouldn't be all that worried.

But to me the biggest problem (and the bit which I know I am going to get flack for) about all of this is...Dolph just sucks as a face.

Not in the ring. In the ring, Dolph is a glorious babyface who sells like nobody's business (possibly a little bit too much actually) and can make any heel look legit and dangerous. Put him in there with monsters and you can have a guy that looks like he is a real underdog of a babyface who with his great skills and his never-say-die attitude finds ways to win.

On the mic though and his character overall...not so much.

Look, I want to like him. Really I do. I want to find his antics funny and I want to cheer for him like I did for Edge and Christian or Chris Jericho in the early 00's. But Ziggler is not as good on the mic as any of those performers, nor is his character reminiscent of the zany but loveable Edge and Christian, nor does he really have the authoritarian figure or the balls-to-the-wall 'controversial' atmosphere that Jericho did as a babyface.

Instead was cutting promos against AJ- who was the girl that he dumped. And we're you're cutting promos saying to you ex-girlfriend that she's totally replaceable while rattling off some of the other girls you've slept with as she becomes more and more vulnerable in the middle of the ring...I just get the feeling you're a spiteful jerk trying to hide some insecurities.

But maybe there was yet a way back for Ziggler in 2014. Maybe fair lady luck had not deserted our hero just yet?