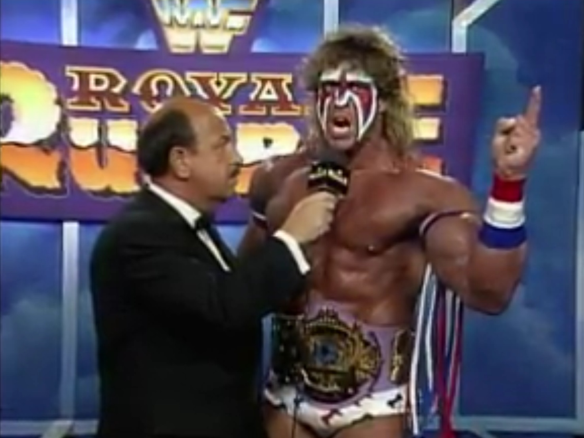 The Ultimate Warrior was always known for his vibrant colors. Whether it was his face-paint, tassels or specially designed coats, he made sure what he had on stood out.

What gets lost sometimes, to my knowledge, is the fact that he was the first wrestler to start changing the color of the WWE Championship belt strap.

Once he became the WWE Champion at WrestleMania VI, it was changing strap colors galore for the Ultimate Warrior. The strap went from black (WrestleMania VI) to blue (SummerSlam 1990) and to white (Survivor Series 1990).

But since we're in the Royal Rumble spirit, he changed the belt strap to lavender at the 1991 Royal Rumble.

Never seen before. A beautiful lavender color strap to the biggest prize in sports entertainment was on the waist of the most frenetic WWE superstars ever. Unfortunately, the Ultimate Warrior lost the title to Sgt. Slaughter due to outside interference from "Macho King" Randy Savage. 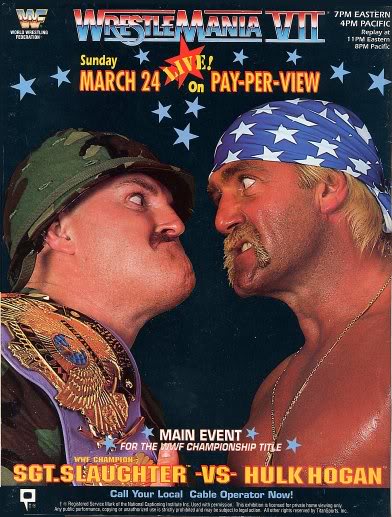