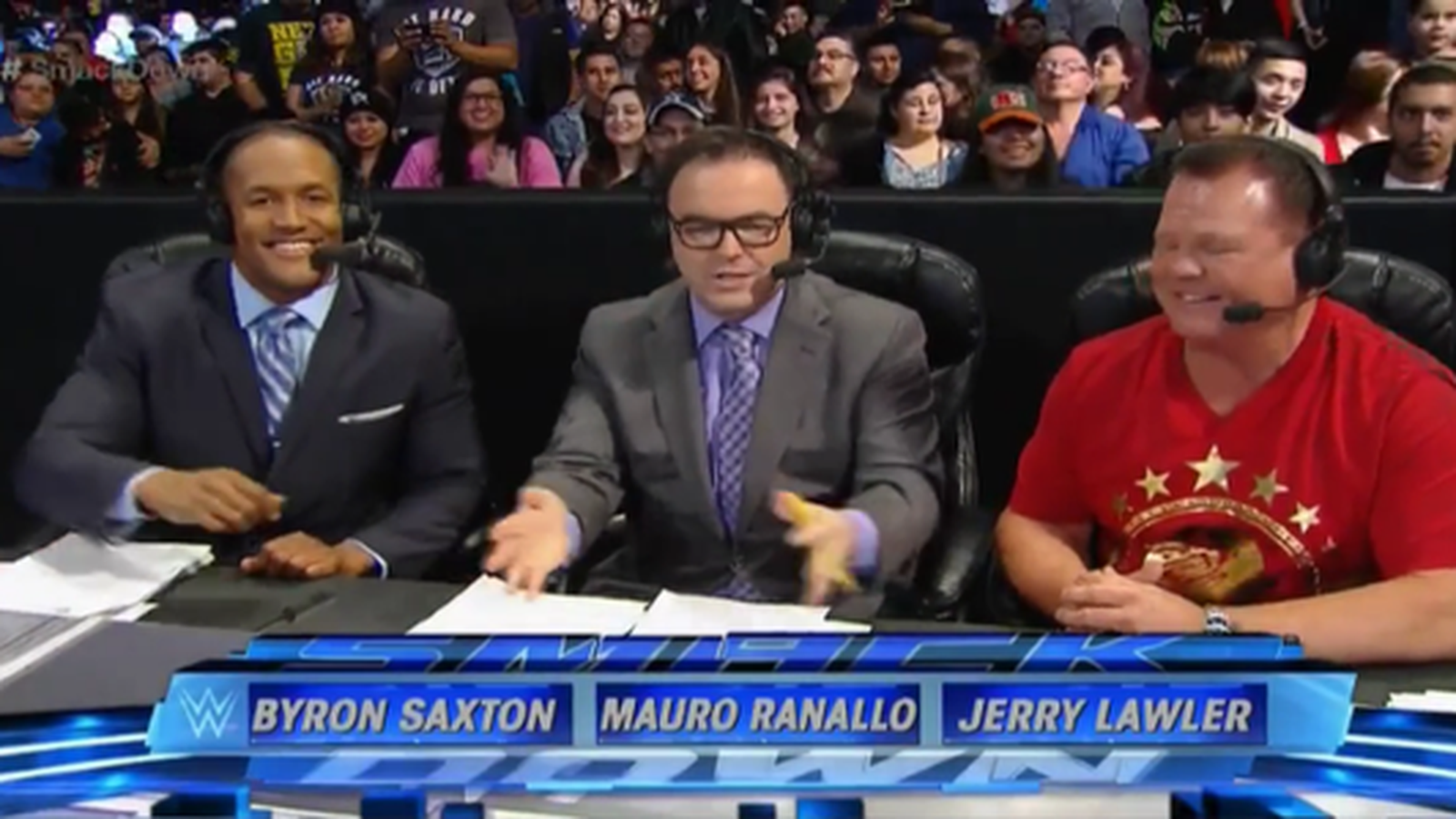 I’m not gonna lie, ever since the move to Friday nights years back my Smackdown viewings have been few and far between. The combination of a terrible night for a Friday night high school athlete into a college freshman and sophomore, and the utter lack of caring for the quality of the product being put out, made it both impossible and almost unbearable to sit down and watch.

Which is a shame really. Smackdown was at one time my favorite WWE program, and I know I’m not alone here. There was a time when Smackdown was the better product and had the better superstars, and my first WWE show happened to be a Smackdown taping so it held a special place in my heart. Then RAW Supershows and Friday nights happened and it was all downhill from there.

Then 2016 happened, and even though we’re only two episodes in and we all know WWE has the innate ability to ruin good things at a moment’s notice, I can tell you here and now I will once again start watching the show more frequently. The two episodes haven’t been "amazing" or "incredible" thus far, but it seems to be a long way from where it once was.

This can be attributed to a few factors. They’re actually bothering to advance storylines from RAW, adding their premiere superstars more often, and having matches and moments with at least a sliver of meaning to them. Plus, the fact it’s only 2 hours can make it more tolerable then the agonizing three hours shoved down our throats on Monday nights.

However, there is one dominant factor that has re-sparked my interest in the blue brand that thanks to RAW I was completely forgetting to appreciate until now:

If you haven’t watched Smackdown in 2016 yet, I would honestly suggest it for the sole purpose of hearing these guys call the show especially compared to their Monday counterparts. The team of Mauro Ranallo, Jerry Lawler, and Byron Saxton is really beginning to stick out in WWE programming. Rich Brennan, Cory Graves, and Saxton on NXT was refreshing and now this trio is following suit.

It all starts with Ranallo, really. He’s good. Really good. Everything about him is so wonderfully different from what we’ve become accustomed to, which has been mediocre calling at best. The way he calls matches as the main play-by-play man is terrific as he finds this crazy balance between storytelling and calling moves that doesn’t overwhelm like Michael Cole. He adds just the right amount without going overboard, leaving you to watch the match and let his speaking add to the action and not distract you. Plus, something about his voice just seems so professional and non-WWE it’s a great change of pace. And his excitement in the bigger moments seems genuine and real, not fake and forced.

And with his presence on Thursdays, he also elevates the work of his coworkers. Byron Saxton is still kind of "just there" right now, but he’s beginning to somewhat gel with the team. But the real reward from all of this is bringing back Lawler as the heel commentator. Plain and simple that’s when he’s at his best, rooting for everyone we’re supposed to hate and mocking the guys we’re supposed to admire. It’s not what it used to be, but it’s just enough to satisfy guys like me who loved to hate him back in the day. Plus he meshes so well with Ranallo it’s seamless.

Saxton is beginning to come around and his persona as the ultimate PG commentator could really fly with this team since Lawler is starting to go total heel. On RAW he is easily the odd man out between overly-wordy Cole and alignment flopping JBL, but on Smackdown his all-around good-guy shtick could not only be tolerable, but really make the announce team well-rounded.

WWE has successfully made announce teams a total backstory in WWE programming since passing on from Jim Ross and Lawler. They had something good going with Joey Styles, but ultimately they ended up where they were at and were fine with abysmal calling that added almost nothing to the program. And when you think about that, it’s ridiculous because when done right, the announce team is an integral part to any show and can successfully elevate any situation on screen.

WWE seems to be catching on with this team they put on Smackdown. I just hope it catches on with RAW in the near future as well. Kudos Ranallo, Lawler, and Saxton. Keep up the good work and I’ll definitely keep watching.