"Look, risking lives while driving stoned is one thing but accidentally not paying for an IPhone case?! That's where we draw the line!!"

In case some of you here don't know. I am an Australian; born and raised in the sunny city of Brisbane.

I have been to two WWE shows in 2007 and 2008 and have been amazed at how much the crowd were into it. Seeing Triple H come out in 2007 or the Undertaker in 2008... the cheers were truly unique. I also remember Edge in 2008 playing off the audience beautifully after they all started to chant that he was a wanker, prowling around with a mic in his hand and calling random members of the audience wankers themselves.

See the thing is that other parts of the world have always associated Australia with danger. We had a fictional character who seemed to hunt crocodiles and then 15 years later another guy came along who did it for real. Our national sport requires players to commit to the ball with little fear for injury- lest something like this happens:

And he could see that coming!! Because Australian Rules has become so fast, hits can come from anywhere, including from somewhere that players can't see coming! Like this one...

Suffice to say we are a strange bunch to many in the Northern Hemisphere. A strange bunch who have little to no pro wrestling credentials to call our own. To make it, you really have to go overseas where the money is.

And for a while I was dreading that for the near future all I'd have to have represented my country in the WWE was a guy who went AWOL in Perth.

Until she came along. 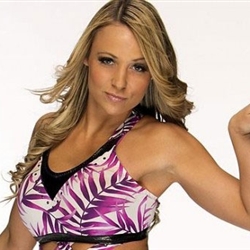 Tenille Dashwood was born and raised in Melbourne, where her older brother introduced her to pro wrestling. She moved around the Australian wrestling scene for a while before at 18 moving to Canada to wrestle under the tutelage of one Lance Storm.

That in itself should show how much Dashwood had invested in this as a career, but it did not stop there. After a brief return to Australia, Dashwood then split her time between several territories, including Shimmer and ECCW, before returning to Storm's Academy for more training and signing to WWE in 2011 at age 22.

Her career in NXT was remarkable for a number of reasons, not least of which was the fact that before Charlotte and Sasha or Becky were tearing up the Women's Division with their rivalries, the main rivalry that allowed people to think that maybe Hunter was treating women seriously was the one between Dashwood (now of course re-named Emma) and Paige.

What was truly interesting about their feud was that it was based on two babyfaces who could not be any more different. One one hand you had the happy and goofy Emma who seemed was so infectious (one of my most enduring images of Emma's NXT entrance was seeing Jason Albert- the former Lord Tensai- standing up and dancing behind the commentary table) to the NXT audience and on the other you had Paige who railed against the notion of being compared to so-called Divas.

We all talk about Charlotte's and Sasha Banks' matches in NXT today but I still remember that first NXT special event and how Paige and Emma tore up the ring with an amazing title match.

So many of us were hoping when both were called up to Raw in quick succession that that magic could be replicated.

See the thing is that at the time of Emma's call up, Vince seemed to be in one of his 'project rescue' frames of mind where one of his pet projects was floundering and every man and his dog could tell you that it was for the best if they repackaged him or her, but Vince would be obsessed it seems to find a role for him on TV.

And this time it was this guy. 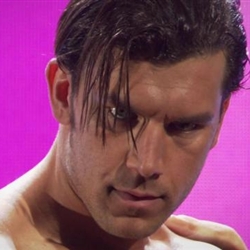 Since beating Chris Jericho at Wrestlemania 29 and having his theme tune hummed by the post-mania Raw audience it would be fair to say that 2013 was not a particularly kind year for Fandango. At one stage it looked like he was being lined up to win the WWE Intercontinental Title which would have been ideal for him to develop his character while still maintaining TV time. However, he copped a concussion just before his IC Title Match and thus his replacement, Curtis Axel went on to win the championship. And like many wrestlers who aren't main eventers who get injured at inopportune moments, when he came back he found creative had very little for him.

So when he started a feud with Santino Marella, people thought that maybe they were repackaging Fandango as more of a comedy gimmick- an idea which many would thought would be the perfect spot for him- at least in the short term.

But then, Summer Rae had to get involved. And so Santino got Emma from the audience one night and had her dance off.

Compare Paige's debut on Raw to this. On her first night she confronted the Divas Champion and won the title off her (admittedly with a pretty weak looking finisher). Emma on the other hand doesn't get involved in a feud of her own, but rather becomes a bit player between Santino and Fandango.

And it would only get worse over the coming weeks, as Emma found herself in stupid 'comedy'- and I used the words incredibly loosely bits with Marella as they teased some sort of relationship between the two.

Look, I have nothing against Santino Marella. He does his job as a comedy worker quite well in the WWE. But make no mistake about it, he will never ever be anything other than a comedy worker. And so Emma- a truly talented and promising young wrestler was automatically labelled as 'comedy spot' before she could assert her own worth to the audience.

You would never see Vince team Santino with the Bellas. Or Eva Marie. Instead they get massive time on E! shows that apparently are used to 'enhance' the Women's Division. And it is not as if Emma is unattractive, or too muscular for those who are more...aesthetically minded rather than wrestling minded. In fact, I would go so far to say that she is better looking than either of the Bellas or Eva Marie- though I will acknowledge that's a personal thing.

And here's the thing: while WWE would have us believe that they are #GivingDivasAChance, the fact of the matter is that they are giving some Divas a chance- Vince and Kevin Dunn's favourite's. And if we were honest...they're not the best workers.

Look, Nikki Bella has improved but she is not Trish Stratus by any stretch of the imagination. And frankly, there is only so many times that a Twin Magic finish works without being tiresome (my guess is that Vince saw it work for the New Day and thought they could essentially buy a good 4 months of PPV finishers with it until Nikki breaks AJ's title reign). And then there's Naomi who almost caved Paige's head in a few weeks ago...

Part of the problem I think is the way women are portrayed as workers and personalities on Raw compared to NXT. Triple H in NXT seems to be of the opinion that if a woman wrestler is booked right and allowed to find her voice in the ring and on the microphone then she will have every opportunity to make her mark on the crowd. Likewise, women wrestlers should act more like Ronda Rousey and be gunning for things like titles and respect.

Kevin Dunn and Vinnie Mac on the other hand seem to think that the Divas division is best when it is full of catty bitches, vapid scantily clad babyfaces and goofy offsiders to also-ran male wrestlers. The only real female on Raw that has any depth to her personality is Stephanie McMahon, and as GrecoRomanGuy points out, this is a double-edged sword as Stephanie never loses face to anyone who may have the possibility of leading this division to a better tomorrow. So instead we are left with the same model-cum-wrestlers in the same top spots, with one or two really good workers (like Paige) trying to eke out a spot around them.

So to all those who say that Emma's run was ruined by the shoplifting incident, I say bollocks. It only gave the WWE a plausible excuse to essentially scrap a push that had already stalled anyway thanks to the retirement of Marella from professional wrestling. That's right- a promising Diva had her push (such as it was) cut from under her because a man had to retire. And again, this is nothing against Santino. It just shows how fucking lazy Vince, Kevin and their creative underlings are to allow Emma to be defined in such a way that they just threw up their hands when Santino had to retire.

I would really like to think that Charlotte's debut may be different and, with time, the NXT roster can be deployed to save the sorry state of women's wrestling on Raw. But with Nikki Bella essentially treading water with a title to spite AJ Lee and her hubby, Lana going from wronged devoted Rusev manager to Dolph Ziggler squeeze in the space of an hour and an authoritarian figure who is never brought low, never laughed and seems more interested in the men's affairs than the women's, I don't know how I can.

And that's why I wonder if NXT is the best place for Emma. Because while I am sure she could succeed on the main roster, Kevin Dunn and Vince McMahon probably wouldn't let her.

And that's article 44. Next time we look at another worker whose run was botched and wasted. See you then!