Sami Zayn made his main roster debut last night on Raw, and it was, for all intents and purposes, perfect.

He got the endorsement of a legend in Bret Hart, and worked a competitive match with the guy who has essentially shouldered the entire company for the last ten years in John Cena. He powered through an apparent injury, worked a fun match, and got a great response.

It was what he needed. But the timing of the affair leads to some curiosity.

I say that because while John Cena was working to restore credibility to one midcard championship, the WWE’s other midcard champion was nowhere to be found, seen, or heard from.

Intercontinental Champion Daniel Bryan has been on the shelf since he was sent home from the European tour, and there has been little concrete word about the nature of his condition. We’ve heard rumblings that he’s been working hurt, possibly with a concussion. All that has been confirmed is that he’s been pulled from all events until the end of June.

We’re smart fans. Daniel’s future is up in the air. Not only as champion, but as a competitor.

In his farewell address to the Ring of Honor faithful in 2009, the former American Dragon remarked that he had accumulated a number of injuries in his career, and he didn’t know how much time he had left. Indeed, the remarks on injuries were true. He memorably suffered a separated shoulder as ROH Champion and worked through a physically intense match with KENTA (Hideo Itami) in which the legit injury was used to develop the story and psychology of the match. Two years later, he suffered a detached retina in a brutal encounter with the now-retired Takeshi Morishima. He avoided any long-term damage, but these were signs that the impressive technician was being pushed to his limits.

Those comments seem prophetic in a way; Bryan Danielson may have predicted Daniel Bryan’s future. His current status echoes last year’s ill-fated stint as WWE World Heavyweight Champion. The longer we go without word, the more likely it seems Bryan will be stripped of the Intercontinental title.

And the greater the questions about Bryan’s future become.

Daniel Bryan has become something unique in the WWE; a truly organic superstar who rose to prominence out of equal parts hard work and sheer luck. His connection with the fans has been something truly special to watch. Losing his presence would be detrimental for WWE as they continue to attempt and engage fans during the post-WrestleMania slump.

Enter Sami Zayn, another ROH alumnus who has emerged from NXT as a remarkable success story. Like Daniel Bryan, Zayn has defied conventional logic (at least in the eyes of some) and cultivated an outstanding following as a traditional "white meat" babyface. In the year 2015, that is something spectacular, and these are the only two names to have done so within reason. 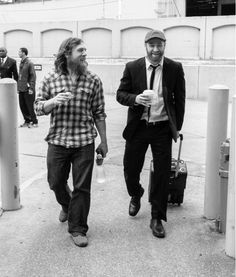 And much like Daniel Bryan, Zayn was booked as the underdog you’d expect him to be. Undersized, out of the norm, and chock full of heart. Despite coming up short, his efforts were shown respect by the fans in attendance, and it was as hot of a main roster debut as you could hope for. It was a fantastic surprise.

However, it was made more surprising given the fact that rumors have pointed to Finn Bálor and Charlotte being on the short list of NXT talents in line for a main roster debut. The former El Generico’s name has not been among those reports.

I have to ask myself, was last night a tactical move by WWE? Did they pull the trigger on Sami Zayn to fill the void left by Daniel Bryan? The similarities between the two in terms of popularity are pretty uncanny, and it’s interesting that as one name remains hauntingly absent from the spotlight, the other is thrust right into it. Hell, if Bryan were healthy, a match between these two on PPV would divide the crowd and blow up the internet. The reason? No other two competitors in the WWE have brought with them the indie credentials that appeal to the IWC while managing to catch fire on such a scale with the casual fan.

However, most signs point to such a scenario not happening anytime soon.

Sami Zayn was booked perfectly. He’s been given the ball, and can hopefully run with it in lieu of whatever injury he sustained. I’m excited for him. As a fan, I'm excited in general.

But the timing and positioning of his big showcase makes me very, very concerned for Daniel Bryan.