Met up with my friend Irwin in front of the Armory (about 3,500 seats) as Baron Corbin was signing some stuff for fans. I got a quick selfie with him, it didn't come out great, but I did my job and he looked really strong.

Met some other fans, some of whom had traveled from as far as Chicago for the show. Awesome. Got interviewed by Sam Roberts quickly about expectations for the show and Owen's motivations.

My sign drew some attention again inside as WWE staff was filming and got a shot of me chanting TOUR OWENS TOUR. We found out seats (good), got some merch (awesome), and got ready to mark out.

William Regal came out out to intro the show to a nice pop. He simply stated that the men and women of NXT were among the most talented in the world and were glad to be performing for us in Albany. 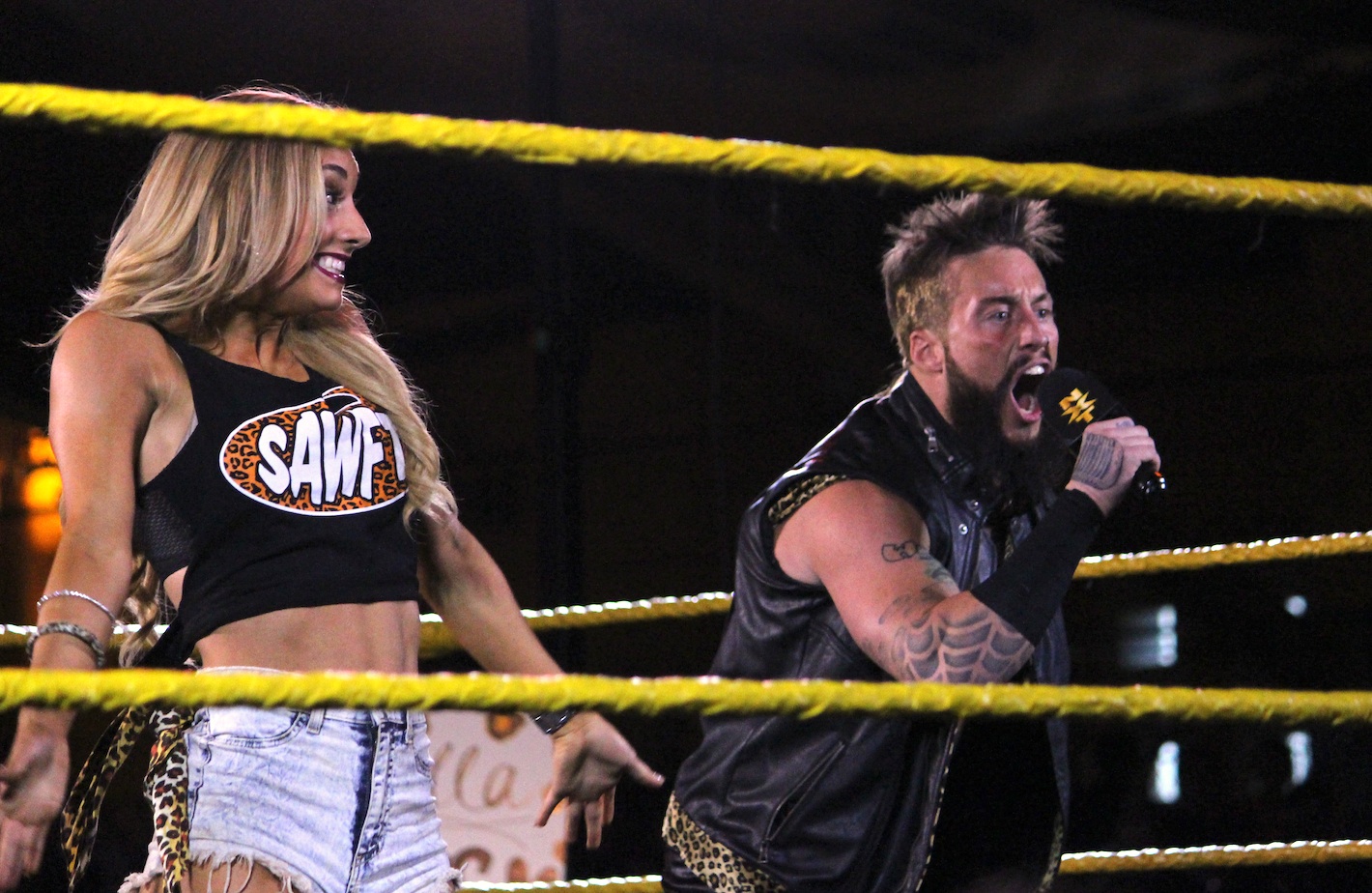 Enzo and Cass are SUPER OVER in person, especially so in New York State. They got some of the loudest reactions and chants of the night, a perfect way to start the show. A "Certified G! Boneafide Stud!" chant delayed the start of the match for a good couple minutes. "Sweet Boys" and "you look stupid" were chanted endlessly at Blake and Murphy. 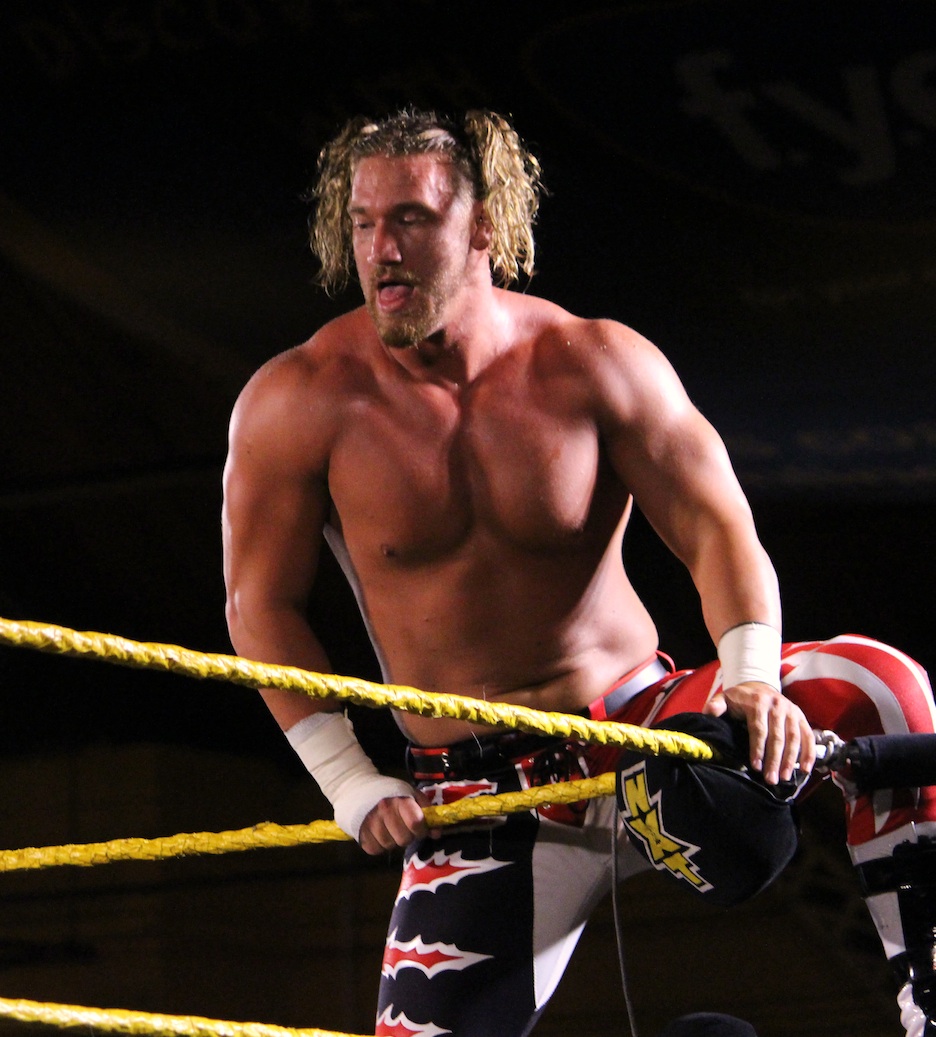 "7feet tall! Can't teach that!" rang out for Big Cass. Enzo's move set is really improving. He hit some big spots, a springboard tornado ddt included (first "this is awesome" of the night). In the end, Blake and Murphy grab the tights to win on a roll-up.. but Zo and Cass steal the belts after the match and get cheered like champions. 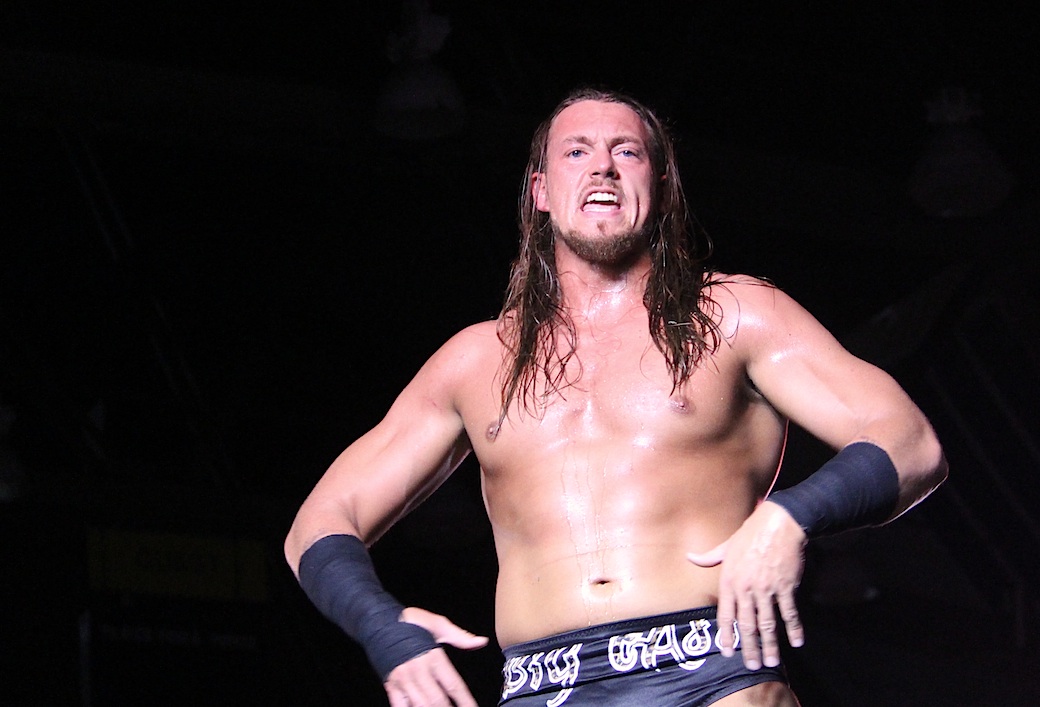 The crowd was INSANELY hot all night, and JoJo got cheered strongly between matches. 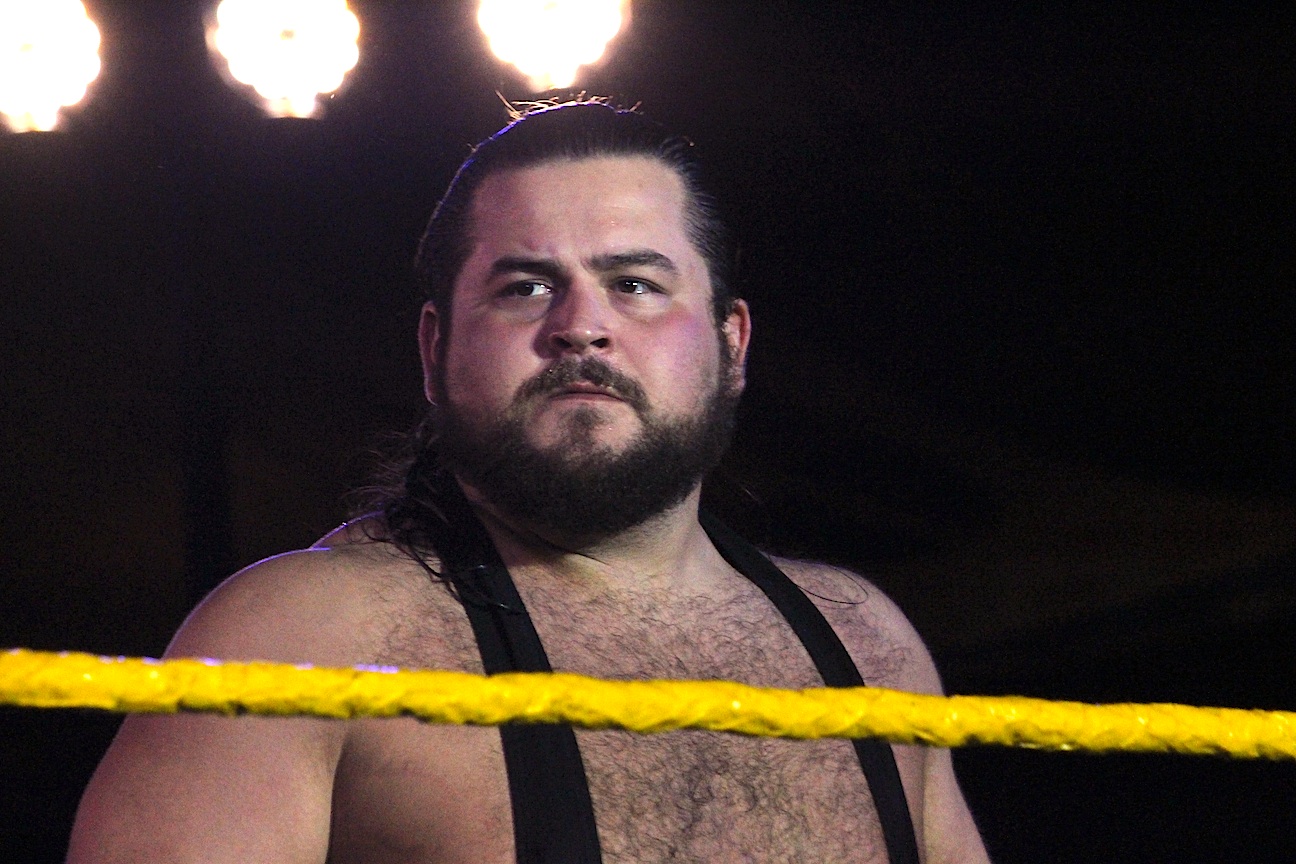 Crowe was more impressive than I've seen him in limited time on NXT.. He lifted Bull for a few spots. It seemed like a very stiff match with both guys hitting hard. This was a slow paced match as the crowd was still reeling from opener. Crowe got the win. 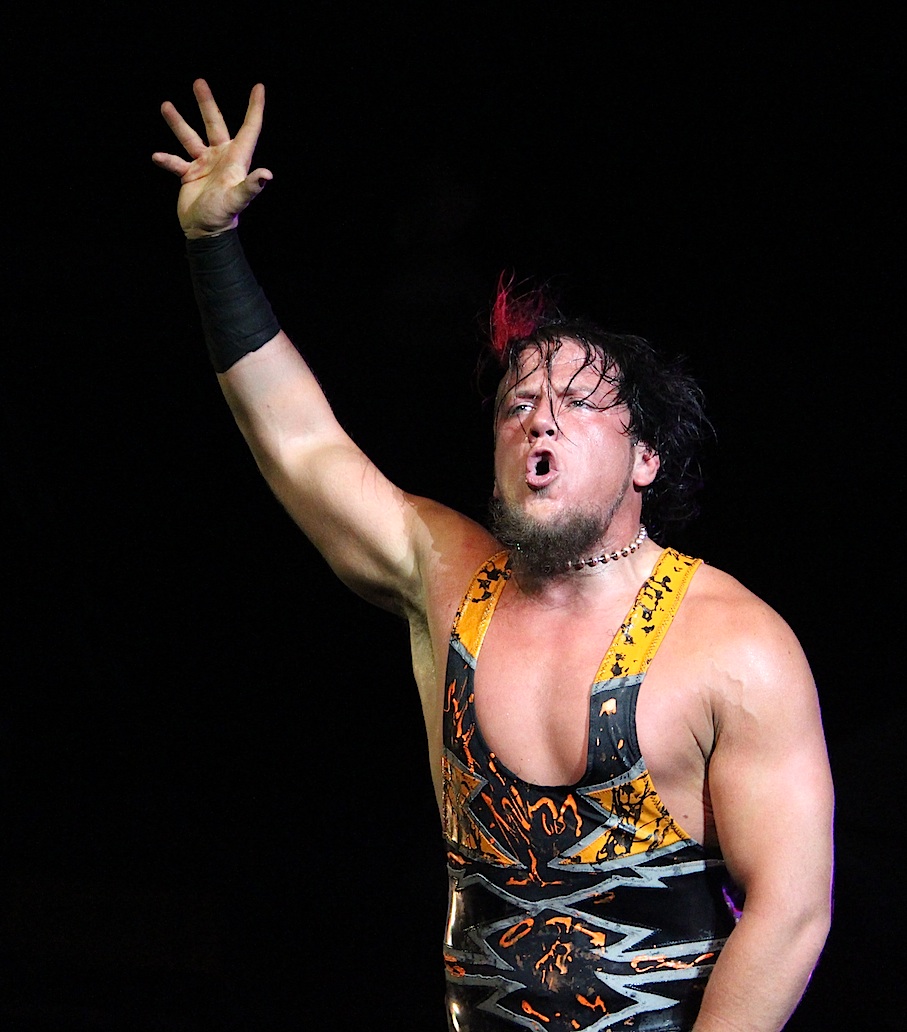 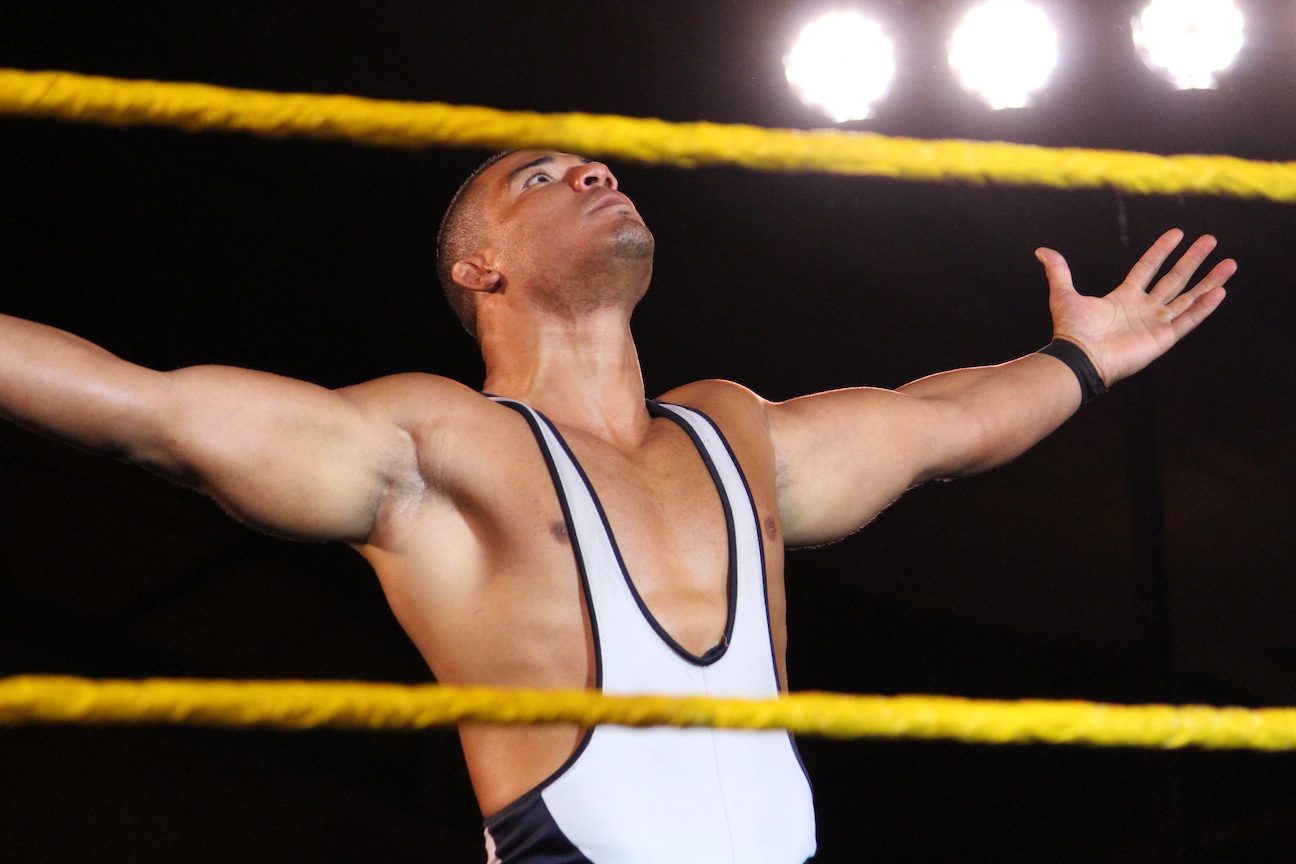 I was really surprised at how much I enjoyed this match. Tye's working a new "Perfect 10" gimmick.. Claiming that he's a 10 and so is everything he does. It's silly, but in a good, Bo Dallas sort of way and he won over the crowd in a big way. Jason Jordan showed insane strength marching around the ring 4 times while holding Tye straight up in an inverted suplex. Good match for two guys who actually are in the developmental phase of their careers. 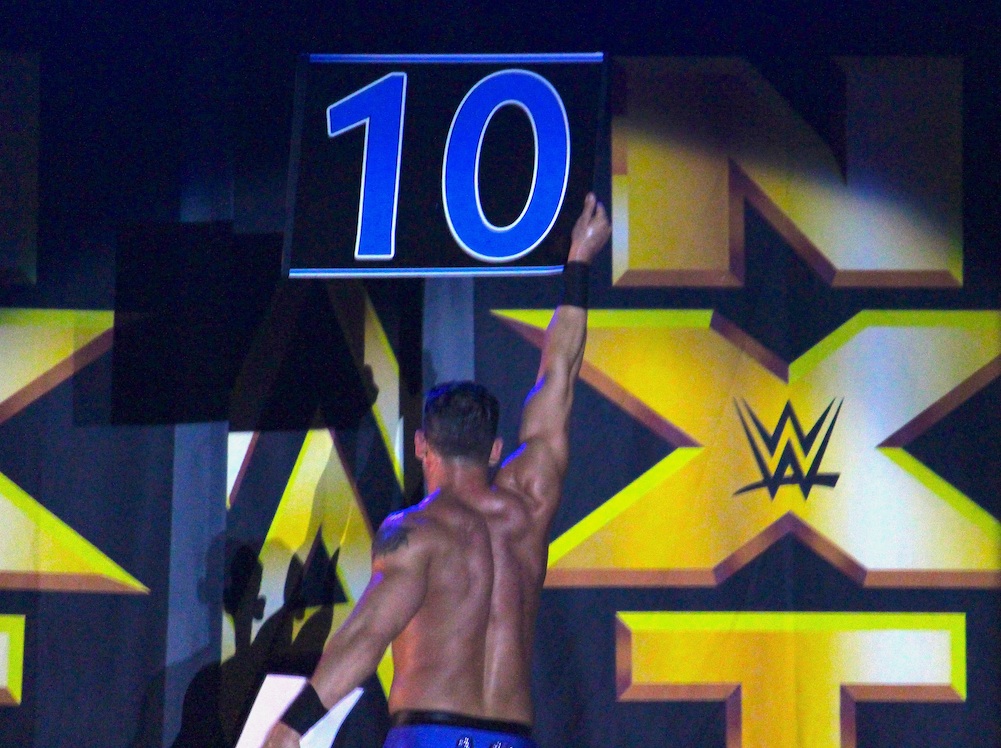 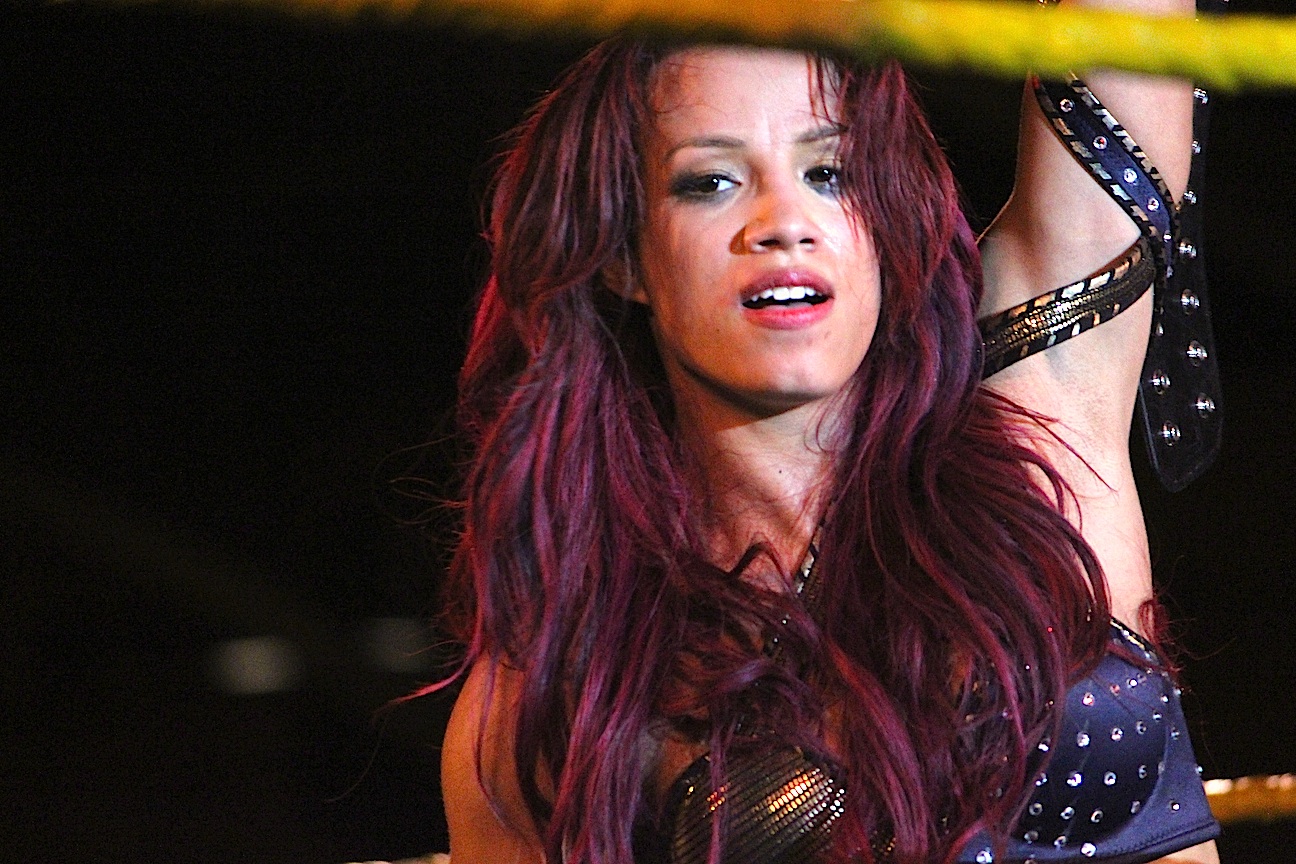 If you follow NXT you won't be surprised to read this, but this was an insanely good match. Huge pops for both ladies. Charlotte threw me her shirt which was super cool and I am now a Charlotte mark for life. Haha. I was so pumped that I didn't really get any good pics of her because I was busy hi-fiving people. 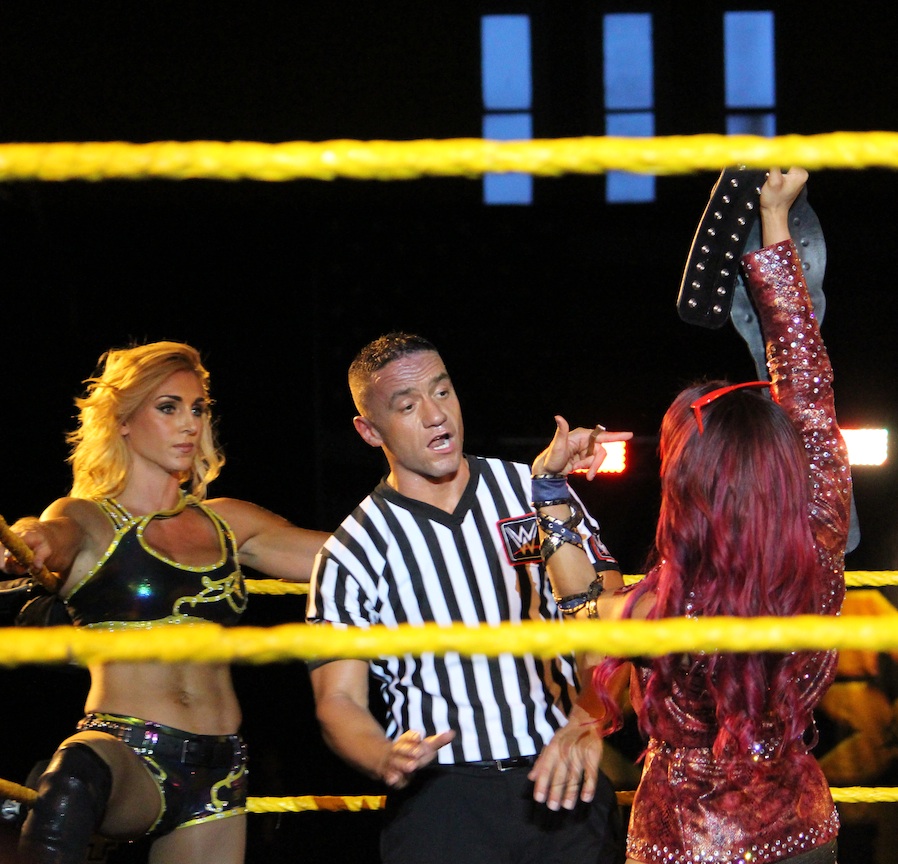 It was the incredible match you would expect, back and forth with some big counters and one-ups, building really well on their history together. Then it looked like Charlotte injured her knee when it got hung up on Sasha's double knee rope spot, so the match switched to a brutal back and forth submission match until Charlotte finally tapped to the Bank Statement and the Bo$$ retained. Second "this is awesome" of the night. 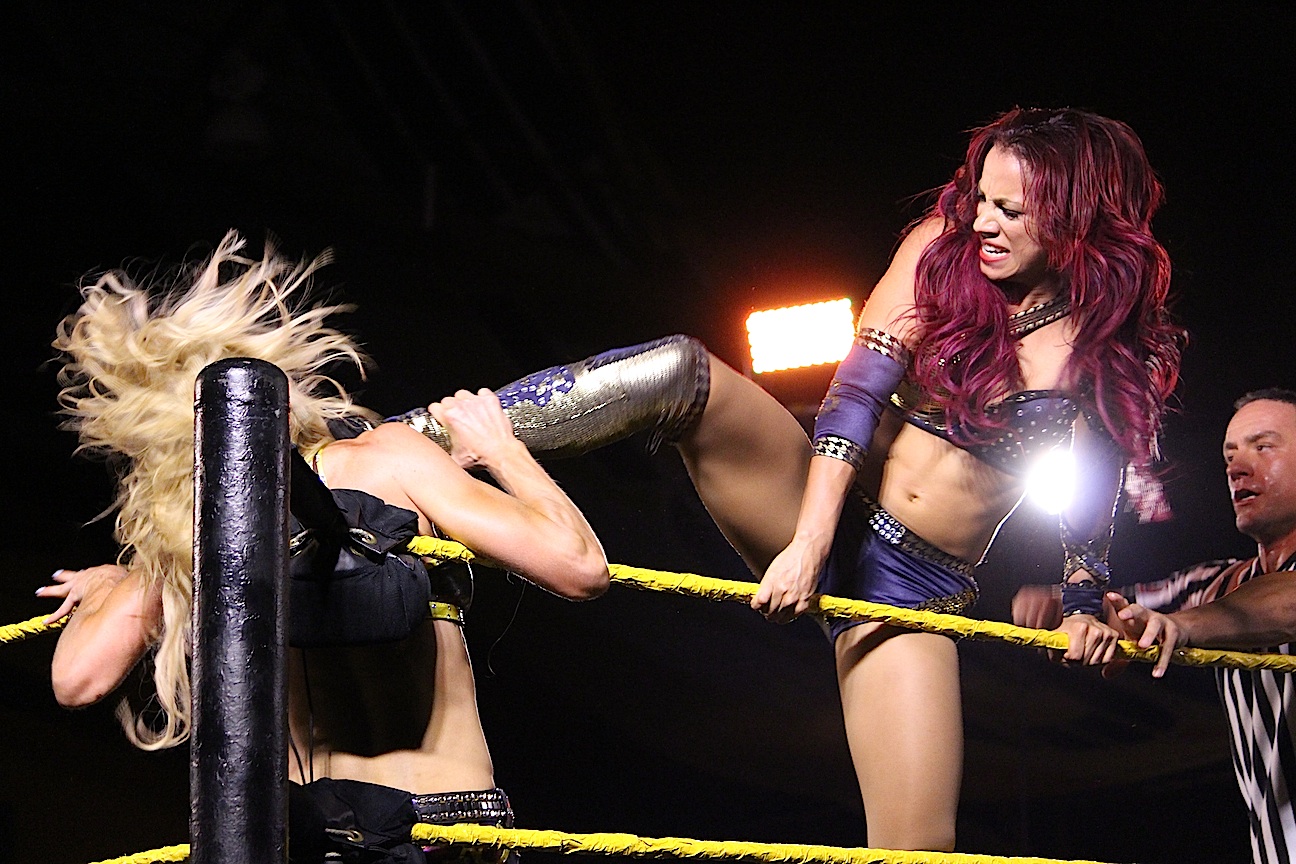 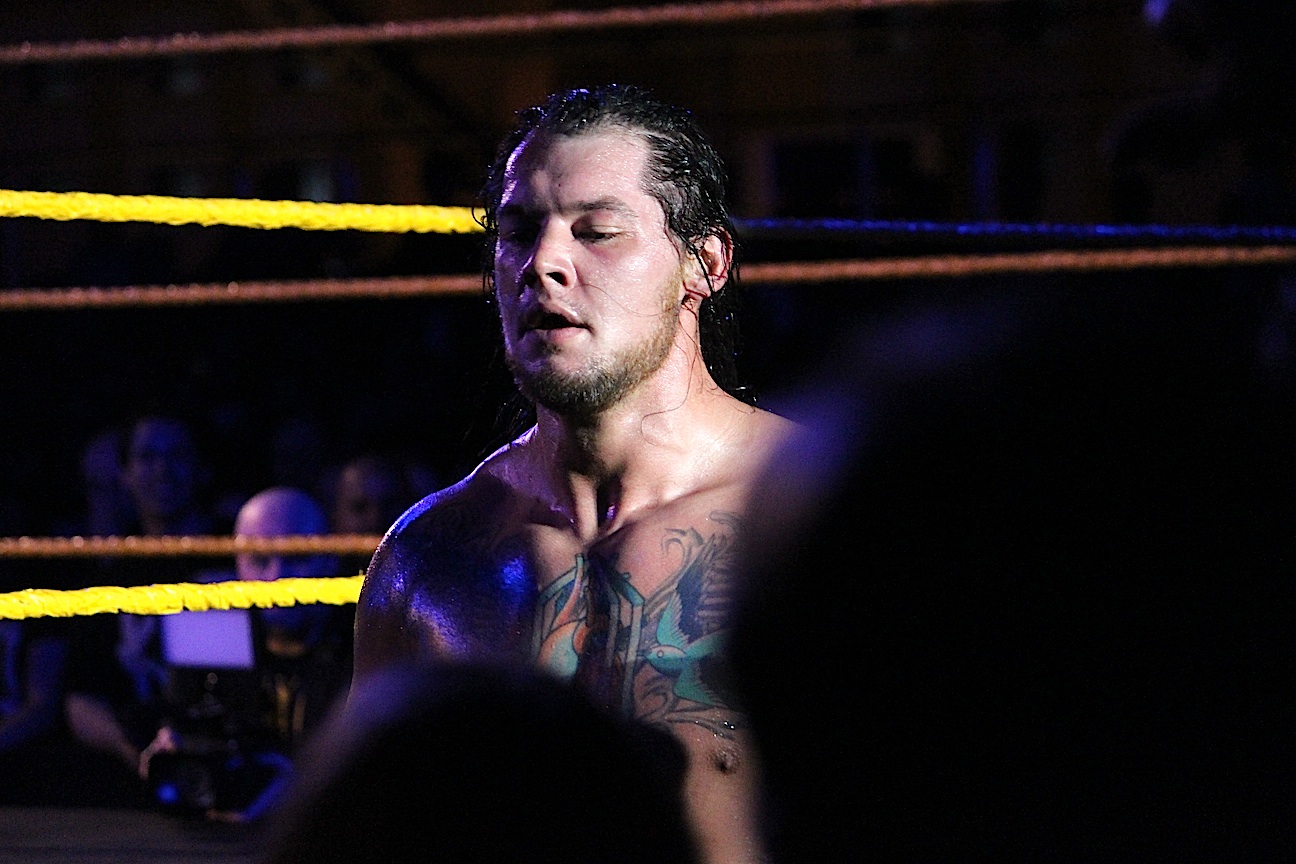 Lots of smark heat boos for Baron, but he's made a good turn and is becoming a really solid heel. He was yelling back at the very vocal audience throughout the match."Baron's gonna bore you" countered by "Sit your fat ass down and shut up!". Dreamer showed his age a bit but made Corbin look really strong after hitting some classic Dreamer spots, reversing the first End Of Days attempt into a DDT and getting destroyed by the second one. Baron soaked up all the hate after the three count and made a slow exit. Dreamer took a few bows and got a big pop and loud ECW chants for what might've been his last match.

Alexa Bliss and Bayley vs Becky Lynch and Dana Brooke 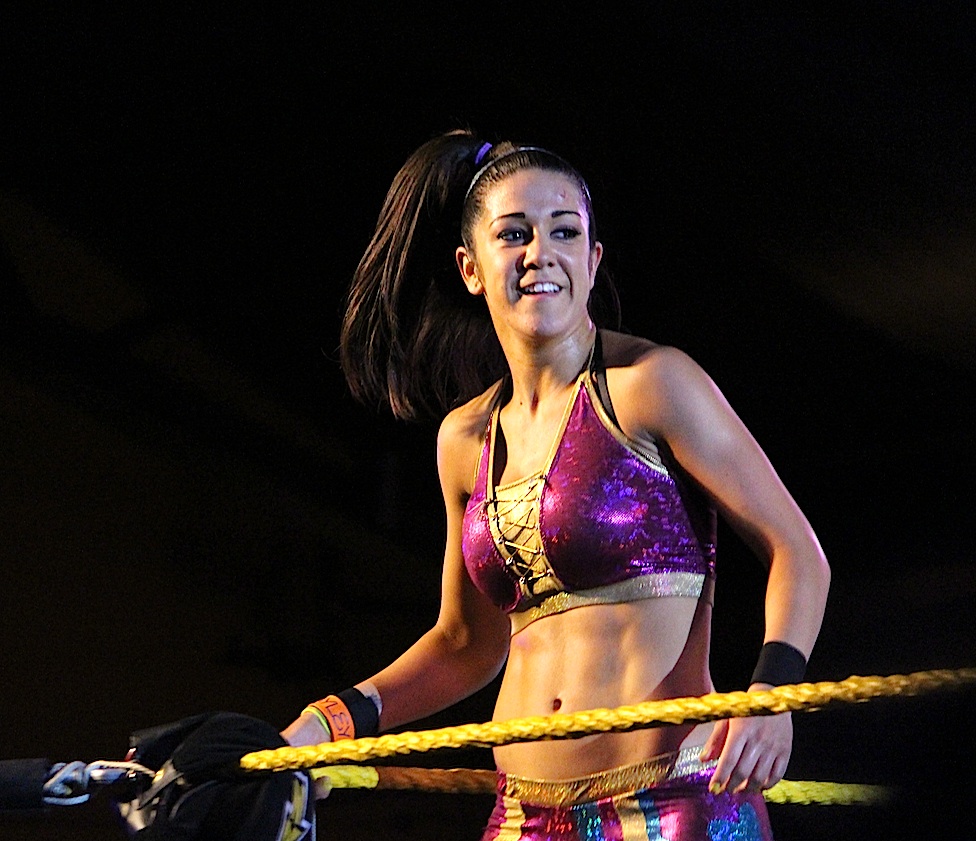 Becky got a good response and some "N-BEX-T" chants but Dana got the loudest boos of the night. Alexa bliss hit some outstanding spots and BAYLEY IS SUPER OVER. Another awesome match.. Bayley hit a top rope back elbow followed by the hugplex on Dana for the win. A favorite moment of mine came when the dude behind me yelled "hold the tag rope!" at Dana.. who then grabbed it. LOL. 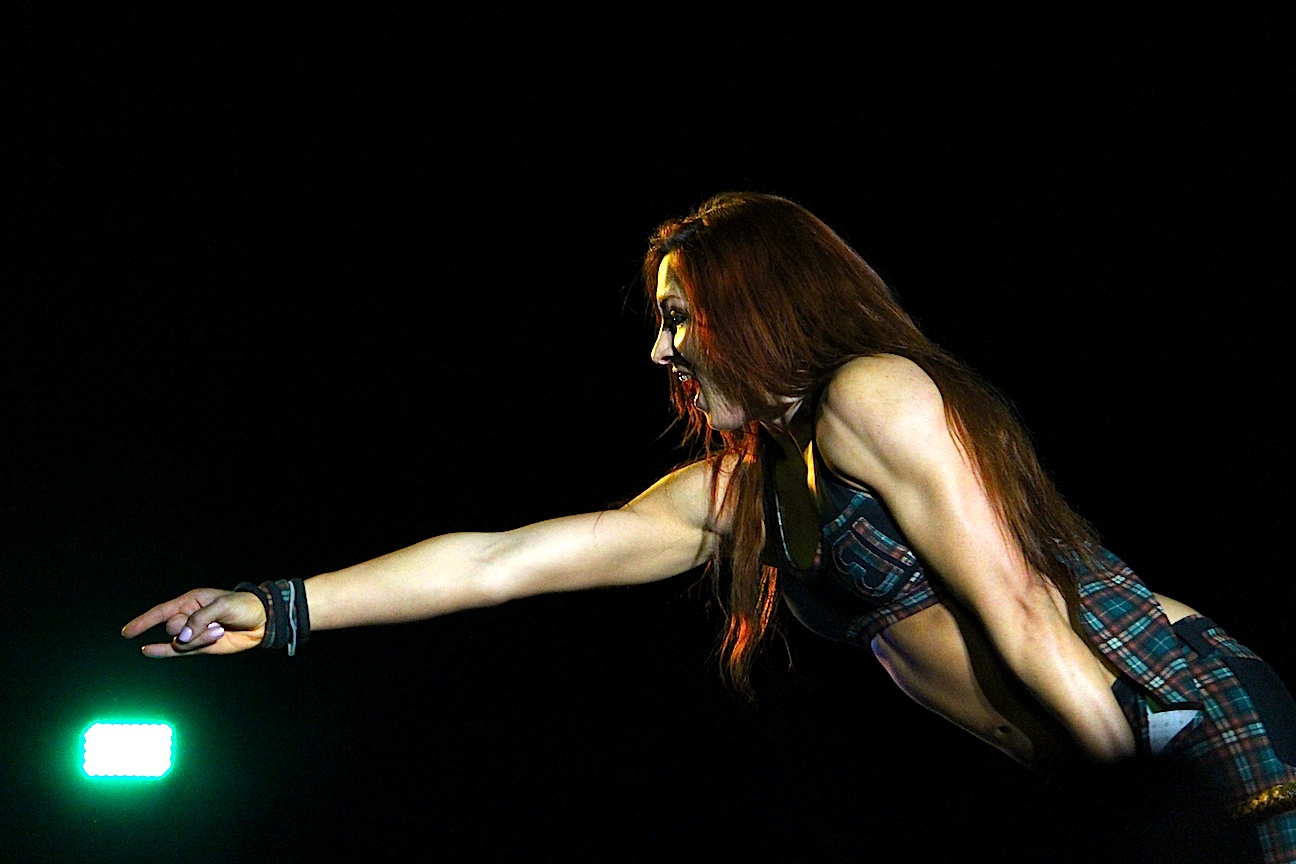 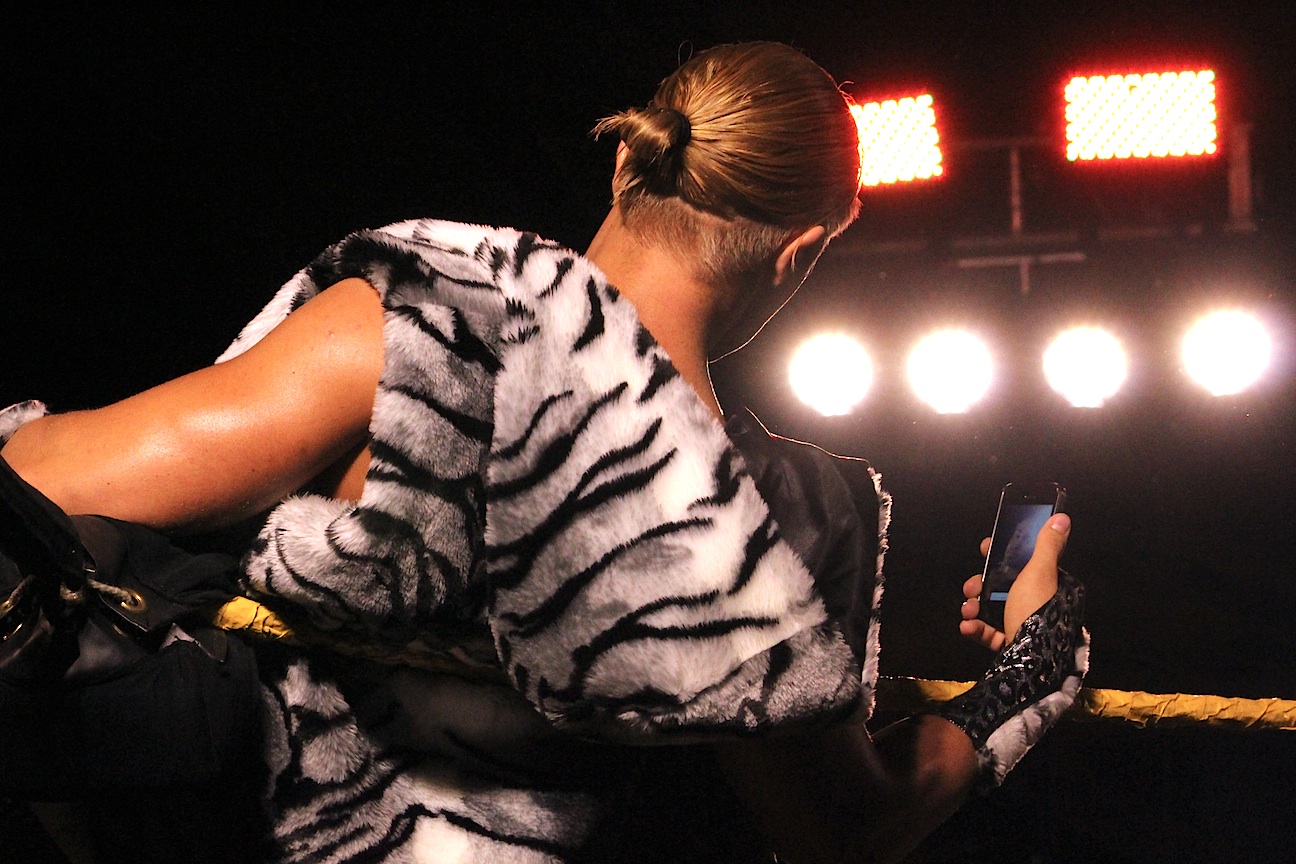 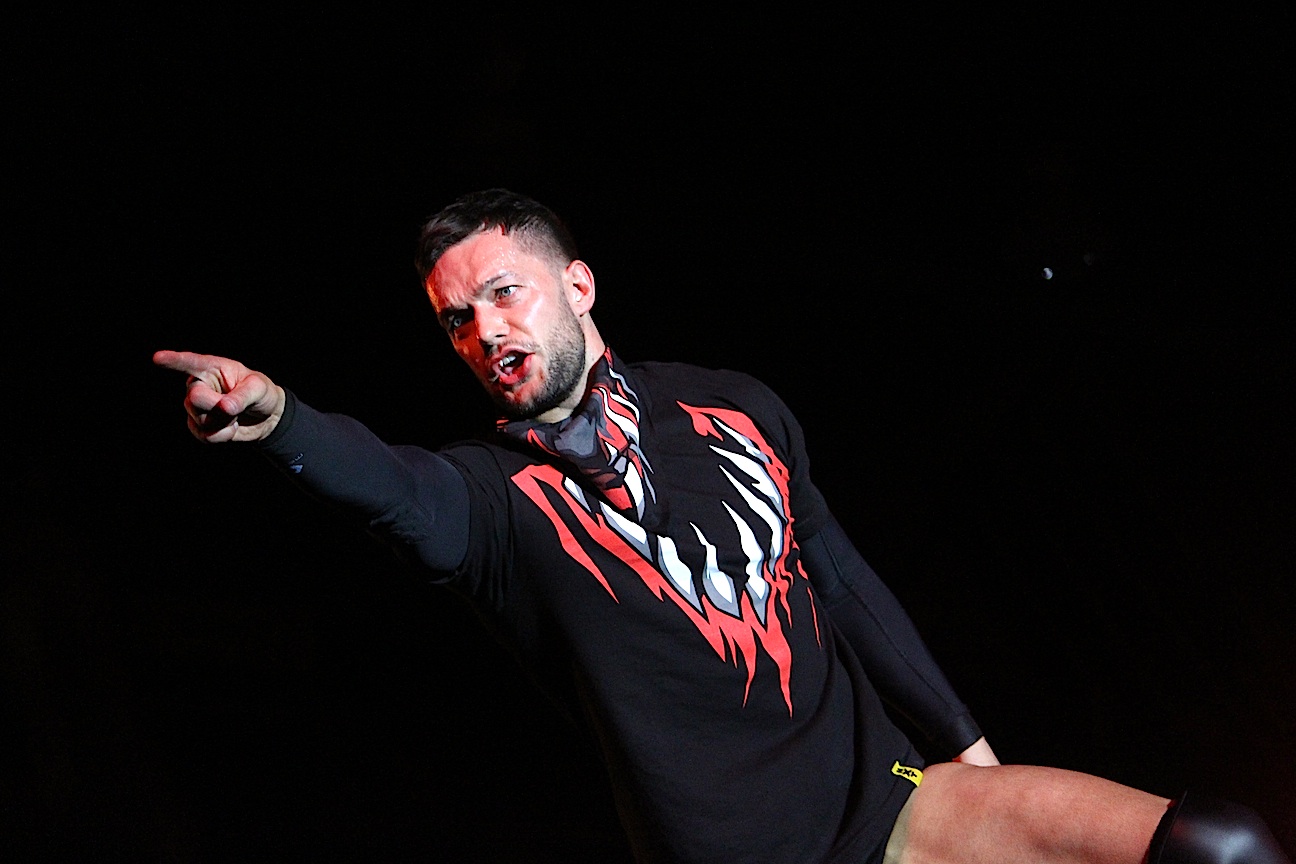 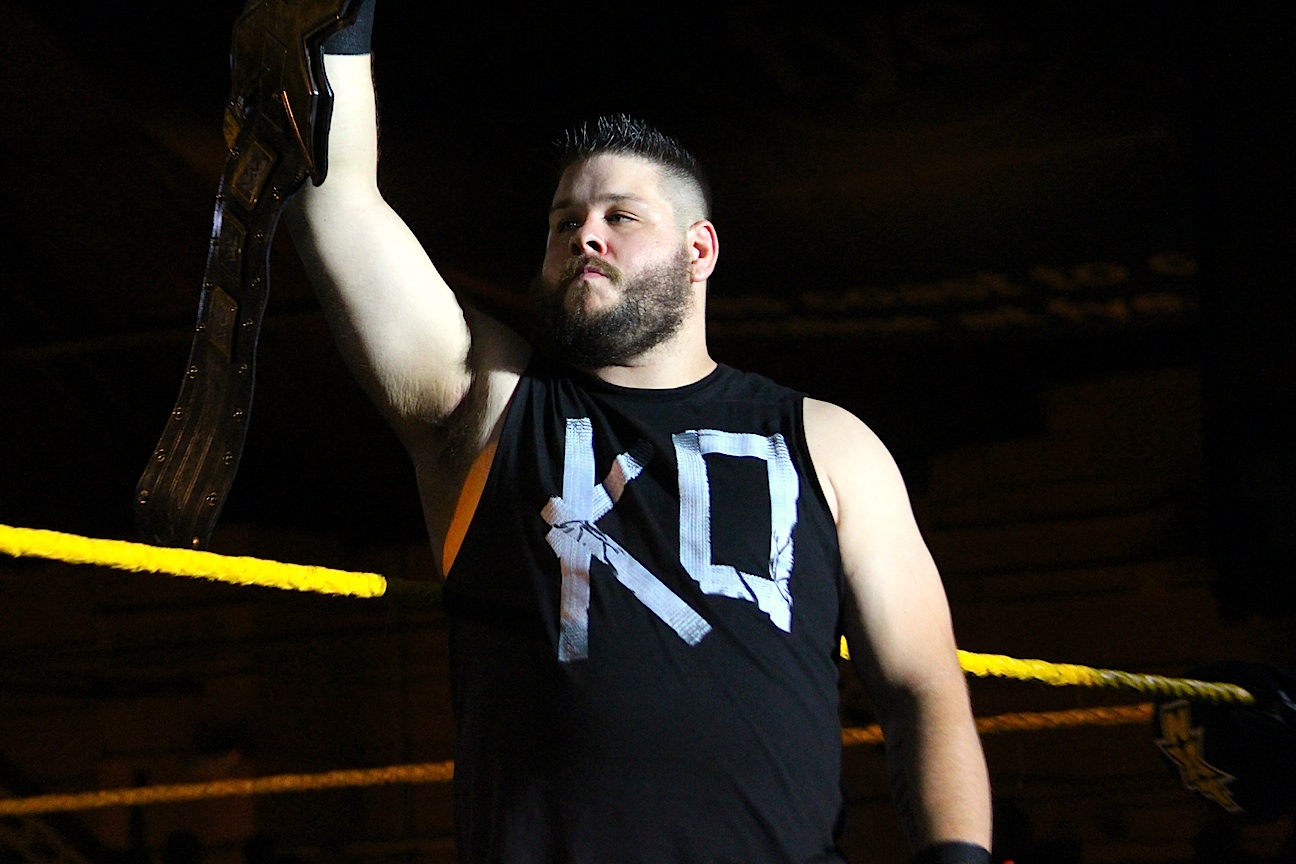 Main event time. Everyone psyched. Tyler Breeze has indeed entered the building, and now is in the ring lounging on the ropes. He waits.. and waits.. and WAITS? There was obviously some kind of technical difficulty (looking at you, Crowe), and they couldn't get Balors music/lighting to start. Breeze ate this up, eventually raising his arms slowly as the crowd chanted "Tyler Won! Tyler Won!"

Just a few seconds later, Balor gets pushed through the curtain without music, but the crowd did it's best to replicate his theme and chant "FINN!".. What would have been a terrible moment for most was an incredible entrance for Balor.

It was INSANELY hot in the Armory all night but especially by main event time. When Balor got to the ring he asked if the front row fan were ok with the heat. Someone threw him a Gatoraide, which he took a sip of, went to the apron, and did the HHH spit taunt. Awesome.

KO's music hit and he confidently walked to the ring without taking his eyes off Breeze and Balor. He hit the ring, JoJo announced the challengers and champion, and it was go time! Immediately once the bell rung Owens went to the outside of the ring and sat down. He then instructed Breeze and Balor to "go ahead and get started" as he sat and heeled it up with the crowd by mock chanting "one more time!" and "this is awesome!". Owens is the most entertaining wrestler I've ever seen. It's another level of connection with the fans.

KO picks his spot to run in and starts dominating Balor. He leaves again to take a seat then HOLY SHIT Finn hits him outside the ring with the hesitation drop kick! KO then hilariously teams with Breeze and the two beat down Balor."Coach Owens Coach" and "Team-work!" chants ring out. Tyler and Owens do the TOO SWEET hand gesture after destroying Balor! Breeze asks KO to switch on a double suplex so he can be "on his good side" (this is awesome chant #3)! Eventually Owens starts dominating both guys. He was suplexing one guy, holding down another, repeat for a few minutes until he gets BOTH guys in a rest hold and yells "Chinlock City!" to the crowd. Amazing presence.

I won't go into the whole rest of the match spot for spot but it was fantastic. Finn flipped over the top to the outside and Coupe de Grace'd Owens off the stage! There was this amazing corner spot:

OWENS HIT AN EFFING FIVE KNUCKLE SHUFFLE! Breeze almost kicked KO's face off with a top rope enzugari! Eventually Balor sets up for the Coup De Grace in the ring, but Breeze kicks him off and gets a Pop-up Powerbomb for his trouble.. Game over.

After the match KO attempts to apronbomb Balor who counters and hits the Coup De Grace in the ring. His promo closes the show. He vows to take the belt after he's made number one contender at Unstoppable. He credits all the other wrestlers for an amazing show and thanks the fans.

Seriously, this was an amazing night. Looking back I feel like you just had to be there to really get how fun it was.. which defeats the entire purpose of a recap article.. but HEY I WROTE ONE ANYWAY! I really hope that NXT does get to become it's own touring brand, because this is the type of Pro Wrestling that will make Sports Entertainment fun again.

Thanks to my great friend Irwin Leong for the video clips.

THOUGHTS? FEELINGS? JEALOUSY? DO YOU WANT NXT IN YOUR CITY (or within 50-60 miles)? Let me know in the comments! 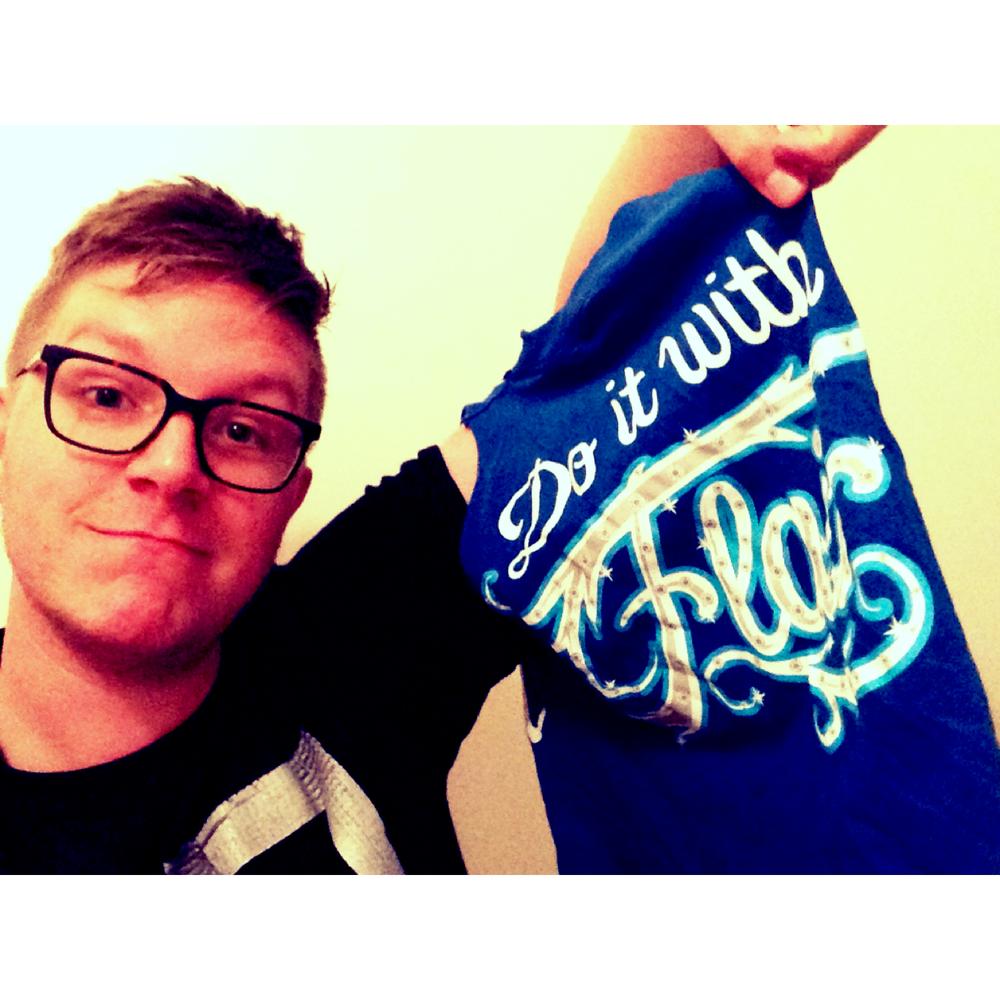