Or "We could have had CM Punk as ECW champion, but noooo!"

When people think of Wrestlemania 23, a few moments come to mind. The Undertaker won his first World Title in 4 years- and his first at Wrestlemania in 10. John Cena managed to live up to expectations as a main event player with a barnstorming match with HBK.

Oh, and most importantly, Vince was shaved bald. His hair hasn't really been the same since.

Wrestlemania 23 was the highest grossing PPV in WWE history and it launched two ferocious championship feuds with John Cena and HBK tearing up the joint on Raw and Undertaker and Batista beating the living shit out of each other on Smackdown.

Ah, but in those days there were actually three brands in the WWE. 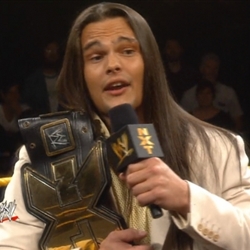 No, not that one Bo.

In fact the third brand was Extreme Championship Wrestling, or ECW.

The long dedicated (or long suffering, depending on your perspective) of the readers of these articles will remember waaaay back in article 2 I examined Vince's decision to put the belt on Bobby Lashley- a guy who had just waltzed into the ECW brand and the crowd had ZERO connection with as opposed to CM Punk, a guy whose skills, promo work and countercultural demeanour seemed to be tailor made to help ECW stand out from Smackdown and Raw.

Anyway, Vince decided on Lashley at December to Dismember and then blamed Paul Heyman for why the PPV stank up the joint. But at least he had a guy to represent the Donald in the big Hair vs Hair match at Wrestlemania 23 (Interestingly, as someone who is currently studying for a Doctorate in Popular Culture and History, it is curious to see the difference between the cheers that the Donald gets at Mania 23, and the boos he gets at post-GFC Mania 30).

So Umaga and Lashley squared off at Wrestlemania 23 and Lashley got the Win, Vince got a draft on the top of his head and one would have thought that Lashley could then move back to ECW and attempt to legitimise himself as a champion by having some great matches against some really good ring generals like...oh I don't know.... 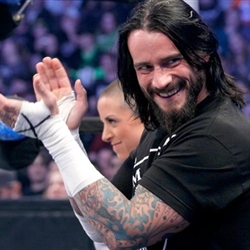 By giving the ECW championship to a 62 year old chairman of the corporation.

I wish I could say that was a joke. But at Backlash Mr McMahon, his son Shane and Umaga ganged up on Lashley in a 3-on-1 handicap match. Since Vince got the pinfall, he won the title off Lashley and the ECW title's credibility went straight down the can.

And for all of those who thought that at least Lashley could get it back in a couple of weeks, Vince held it for 2 months. Two damn months.

Who in their right mind, when trying to build up a title and a brand thinks that giving it to a 62 year old man is going to do any good? Lashley was the first ECW champ to compete at a Wrestlemania and this is what they do with him afterwards? Did Daniel Bryan have to face Vince McMahon when he first won the WWE Championship? Did CM Punk?

But let's break down this a bit more. 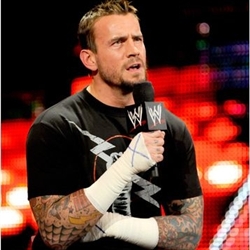 But there are some big problems with this idea.

There are three wrestlers who have really been successful for squaring off against the Authority in modern WWE history for a lengthy angle and they have all gone about it a different way.

Firstly there was Stone Cold Steve Austin, who was the perfect anti-hero to an Authority figure who the crowd had seen cheating a babyface out of his rightful title.

Then there's Daniel Bryan- an everyman who happened to be a brilliant wrestler who we in the more media savvy community of today believed was being held back due to the fact that he didn't epitomise the 'typical' wrestler.

And then there was CM Punk, a guy who was not afraid to air his grievances about a stale WWE product and as such got over because he grievances reflected ours. He was indeed the Voice of the Voiceless.

Others- such as the Rock and Mankind have had runs against the Authority but that hasn't been the main focus of their characters.

But Lashley is not the anti-hero that Stone Cold is and by pushing him to the moon as a musclebound freak like they did the WWE could hardly mould to Lashley as an everyman. And Lashley, for all his talents, could hardly spin a promo like CM Punk.

In fact, when people looked at Lashley, what they saw was the establishment at work. That's not necessarily a bad thing- John Cena is a gosh darn establishment babyface. But to try and build him as a babyface against the status quo is problematic at best. Particularly when he's facing an old man.

Which brings me to problem number 2.

Steve Austin and Vince McMahon had a feud that seemed to last years. But for all of that, the ONLY time Vince paraded around with the WWE was for a forgettable eight days or so in a feud with Triple H. Against Austin he always got real wrestlers to do his dirty work for him. Guys like Dude Love, the Undertaker, Kane, the Rock and Ken Shamrock were all employed to teach Austin a thing or two. Sure, McMahon might have helped the heels (leading to Jerry essentially laughing wickedly in the announcer's chair while JR next to him screamed with righteous fury) but when it came to pinning the opponent he realised that wrestling was for wrestlers and he was not one of them.

You see where I am going with this?

I like Vince McMahon as a manager/advocate of corrupt heels. Over the Edge 1998 has one of my favourite Attitude Era Main Events when Steve Austin took on Dude Love for the WWE Championship and I think part of the reason for that is all the shenanigans that Vince is trying to get up to as the special referee. The tension is great as you see Vince keep one eye on the action, trying to exploit any opportunity, while at the same time looking over his shoulder at the massive figure of the Undertaker who is there to make sure Austin is not screwed out of any title.

But as 'jacked' as Vince is and as much as he likes to play Mr Alpha Male, he isn't a wrestler. And the sad thing is that they had a wrestler who could have helped feuded with Bobby Lashley. 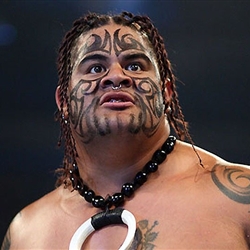 Admit it, some of you thought I was thinking of CM Punk...

Umaga lost to Bobby Lashley at Wrestlmania 23, but still looked like a freakin' monster. Lashley then interfered in a match, costing Umaga his Intercontinental Title to Santino Marella. The ingredients were all there for them to feud over the ECW championship with Mr McMahon and Shane in Umaga's corner. They could have had some good matches with some stipulations thrown in.

Instead Umaga is essentially relegated to 'patsy' in the machinations of a 62 year old (I know I keep going on about this, but still...). Why does he agree to go along with this? What prestige would he get out of such a role?

It is ironic that Vince is so adamant that the titles in the WWE should be addressed as such because when he decided to book himself as ECW champion, it may as well have been just a belt. And the credibility of Lashley went along with it. Instead of establishing the guy as a wrestler to get behind and cheer- much as they did with Cena and Batista in the early days of their championship runs, they cut Lashley off at the knees and essentially relegated the whole of the ECW locker room to doing not much while this sorry excuse of a feud went through the motions.

And that's article 38. Tune in next time as we look at first impressions and how they make such a difference.