Yes, Cagesiders it's time we head down that primrose path towards what is possibly the most tasteless angle in recent WWE history

Y'know usually in this series of angry rants, I have two or three drafts saved on the My Post section of my database (particularly with the InVasion series now as well). I essentially have #34 and #35 written for this section and I know deep in my heart that compared to what I am about to write now, nobody is going to care that much. Sure one was a big clusterfuck and the other was a tasteless stunt but well compared to this...

One of the seemingly difficult things for the WWE to do in the transition period from the Attitude Era to the Ruthless Aggression Era was to figure out how they would keep their superstars interesting to the fans- particularly when they were no longer 'their team' against the other group of wrestlers who were on at the same time (WCW and the InVasion angles both having finished up).

Vince McMahon believed that the problem could be rectified by giving the wrestlers backstory and to this end he had a particular project in mind: Kane. Kane was the Intercontinental Champion as well as one half of the Tag Team Champions and was about to enter a program for the World Heavyweight Championship with Triple H. Why not expand his character a little?

Unfortunately there's a difference between 'expand' and 'implode'.

I honestly feel sorry for Kane. I believe he has been the most underrated big man that the WWE has had over the past 20 years. I don't think he has the all around athleticism of his kayfabe brother, nor is his psychology or selling quite as good but he is very underrated on the mic and has some wonderful tricks in that bag of his (how many 7 footers do you know who can perform a goddamn enziguri?)

Anyway, after Kane defended the Tag Team Titles by himself (his partner the Hurricane had been taken out earlier) in a Ladder Match on October 7th 2002, Triple H came to the ring and cut a promo, essentially accusing Kane of murdering his girlfriend Katie Vick.

The next week on Raw Kane came out to tell his side of the story. Apparently ten years ago Katie and him went to a party and they had a bit too much to drink. Subsequently Kane lost control of the car when driving Katie and him home and they crashed. Kane broke his arm but Katie died. Then Triple H revealed that the autopsy (that he somehow got a hold of...why?) showed that there was Kane's semen inside Vick when she died, leading to the Game to ask Kane "Did you force Katie Vick to have sex with you while she was alive...or did you just wait and do it to her when she was dead?" 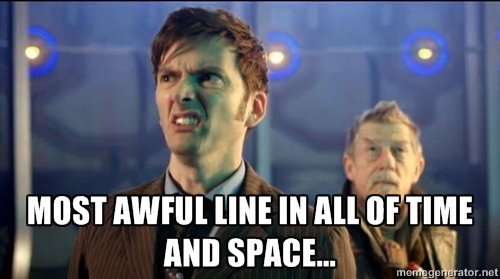 "But Vectron!" I hear somebody cry, "The Undertaker's character and mystique was expanded and improved by the reveal of Kane! Wouldn't expanding Kane's background help him?"

Well, it would except for a few problems.

Problem One is the fact that Jim Cornette was one of the main writers of the Kane feud and he knew the advantage of teasing the audience. Kane was first mentioned in April and only actually appeared in October. Furthermore, the two would not actually fight until Wrestlemania XIV. They didn't just front up and say "oh, by the way- you know that guy? He's some sort of sexual monster. Until next week!"

Problem Two was the the Undertaker/Kane backstory made kayfabe sense. The notion of Undertaker having a half-brother who was Paul Bearer's son did not seem totally outrageous ('Taker obviously knew Bearer for a while and maybe Paul knew 'Taker's mum too). Kane having a girlfriend is a bit of stretch (actually, it's a massive stretch frankly for someone who in 1997 spoke with a voice box).

Problem Three is the fact that the so-called expansion of the kayfabe was beneficial to both men in the case of Undertaker and Kane. This one...ugh.

And that's not even looking at the rape and/or necrophilia thing.

But if you thought that this was the end of it, you would be horribly, horribly wrong because the next week Triple H showed a video of himself in a Kane mask humping a manniquin of Katie Vick in a coffin.

Yes, you read that right. After which Triple H threw some pink gunk at the camera in order to show that he had screwed her brains out. 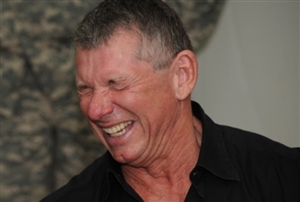 At least he found it funny...

One would have thought that with all this heat that Triple H would get some sort of comeuppance and allow Kane to go over as the new babyface World Heavyweight Champion.

Well, you'd be wrong. Triple H not only defended his title at No Mercy but also gained Kane's IC Championship after the usual shenanigans and help from Ric Flair and rolled onto a Elimination Chamber Match where Shawn Michaels won the championship before losing it a month later to Triple H.

The Katie Vick angle was significant in the WWE for a number of reasons. Firstly it showed that no matter what sort of intervention the writers attempt to make, Vince's warped sense of humour will always have final say.

But more importantly perhaps it did point out a lot of shortcomings about the Triple H 'Reign of Terror' era with the World Heavyweight Championship. Y'see, as much as this was an angle supposedly to give Kane some backstory in order to expand his character, one cannot help but think that Vince saw this a great opportunity to get some nuclear heat on Triple H.

The massive problem with an angle like this is that the heel doesn't look evil, just dumb. If you were supposedly the World Heavyweight Champion, would you spend your time wandering around pretending to commit necrophillia on mannequins? When Chris Jericho or CM Punk were World Title holders, they didn't do stupid shit like this because they knew that it would make them seem ridiculous as champions.

Furthermore, Punk and Jericho were able to use their promos in order to make the crowd hate them (or, in the case of Punk, at least be engaged with them). These sorts of angles smacked of a championship reign that was desperately clutching at anything to remain relevant.

Which brings us to perhaps the most interesting factor out of all this. Despite all of the controversy of the Attitude Era (and there was a lot, don't get me wrong), the fact of the matter was that people like Austin, Foley, the Rock and Undertaker had in ring stories. As much as Vince Russo wants to say that it was in fact the great promo stunts that really lifted WWE above WCW, what really worked was the fact that these people were characters who you could cheer (or boo) at times because of their actions primarily in the ring. The Ruthless Aggression Era too often squandered some of the best talent it had on really stupid storylines that were attempting to create the sort of interest that the Attitude Era did but instead just came off as sad and detrimental to everyone in the angle. Did I really hate Triple H after this angle? No, I just prayed that the angle would end so we could get on with some wrestling.

And that's article 33. Tune in next time when we ask whether the PPV in question was a bold experiment, or one of the biggest circle jerks in wrestling history. See you then!