Yes it's the 50th edition of this series of articles! Today we take a first look at the untapped potential of Damien San-

Bah Gawd! Dolph Ziggler has cashed in his Disastrous Episode Contract! And who am I to argue?

N.B For all you Sandow fans, don't worry, Episode 51 will detail the Saviour. Anyway, on with the show...

There are times when writing these articles when I sometimes think of a wise old man's words and how telling it seems in wrestling today... 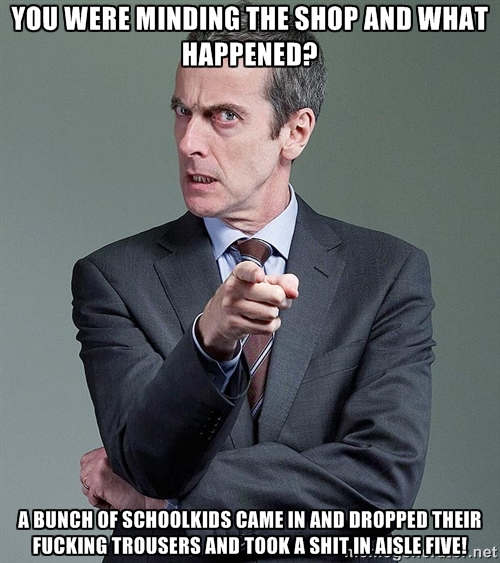 In 2005 Chavo Guerrero debuted a flagrantly offensive gimmick known as Kerwin White where he essentially threw away his Latino roots and played himself up as a middle class white man. Along for this deeply horrific observation of Vincent Kennedy McMahon's notions of 'humour' came a young man posing as his caddy by the name of Nick Nemeth. This team was short lived as Guerrero was soon mourning the loss of his brother Eddie and suddenly the notion of prancing around in a gimmick that seemed to imply a shame about his heritage didn't seem all that great...And so Nemeth got shunted back down to OVW...

Where he would re-emerge as part of the 'Spirit Squad'- a five man tag team/faction thing in league with Vince McMahon whose job it seemed was to make two men fast closing in on middle age look like cool dudes in the ring (that is my understanding anyway...). Christened 'Nicki', Nemeth was not even the leader of the 'Squad'- that role went to Kenny- later to be known in the WWE as Kenny Dykstra. After enough beatings at the hands of D-Genration X, Nemeth, Dykstra and the others were sent packing once again and they were banished back to OVW.

And then HE appeared in September 2008. 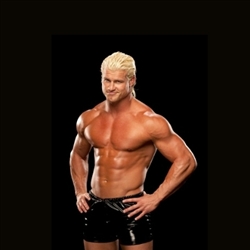 Now, the examination of why Ziggler has been given the bum steer time and time again will obviously take a few parts. But I'd just like to draw one's attention to the guy's look. He's not Mick Foley or Bray Wyatt- it's not like this guy should be hard to market as a top level performer. Even the cocky half smirk should ooze potential as a top level star. Put that together with his athletic ability and one would think that it's a slam dunk that you want this guy in the Upper Mid Card or Main Eventing.

The trouble is that far too often Ziggler has been the guy the WWE has called upon to plug storyline holes rather than to be drive interesting storylines.

Don't agree? Than I give you exhibit a

There are few people that have worked in WWE that I feel more sorry than Vickie Guerrero. One would have thought that it would have been easy for the wife of Eddie Guerrero to garner sympathy and be positioned in a good role as an ambassador for the WWE. But no, Vince and Kevin get together and before too long Vickie is being called 'fat' and a 'she-beast'.

In early 2011, Vickie Guerrero had managed to become Dolph Ziggler's manager as well as the acting General Manager of Smack Down after a mysterious assailant attacked Theodore Long. Both Ziggler and Vickie set their sights on the World Heavyweight Champion and major face of Smackdown, Edge.

This would have been all well and good...only Edge had broken up with Vickie in June 2009 in a pretty vicious way, after claiming that he was only using her to get the inside run to obtain a championship. Indeed, Edge used choice phrases like "every time we kissed, I had run to the bathroom to dry heave" and left Vickie having a nervous breakdown- screaming and sobbing in the middle of the ring.

So...we had a woman who was used and left a wreck in the middle of the ring by a guy who claimed that their marriage was a sham now returning in a relationship with a new superstar to teach her ex a lesson with all sorts of shenanigans.

Is it so hard just to keep it about the title WWE?

So anyway, Guerrero banned the spear and claimed that if Edge used it he would not be only be DQ'ed, but he would also lose his title. This led to the first match at the Royal Rumble which started promisingly before turning into an overbooked mess when Vickie Guerrero was taken out from ringside by Kelly Kelly (why? no idea...) after which the referee was 'taken out' accidentally- leading to Edge hitting the spear unbeknownst to anyone followed by a Killswitch for the pin.

I would love to say that the storyline got more sensible for all involved after that, but unfortunately the fortnight after proved the opposite. After Edge and Kelly Kelly defended Edge's World Heavyweight Championship from LayCool and Ziggler, Guerrero fired Kelly and decreed that Ziggler would be challenging Edge next week on Smackdown's with Guerrero as the special guest referee! Once again there was a massively stupid overbooked finish when Vickie twisted her ankle after trying to nail Edge with a spear (because a small woman attempting to nail a professional wrestler with a spear- hey what could go wrong?) and had to be removed from the ring which resulted in professional gridiron player Clay Matthews stepping in as guest referee and giving Edge the win after he pinned Ziggler with a spear (maybe all those ring invaders that are plaguing WWE at the moment are not idiots- just aspiring referees…).

This though did not fly with Vickie, who on the subsequent Raw announced that Edge would be stripped of his World Heavyweight Title and Ziggler would be crowned the new champion on the 600th episode of Smackdown. To add salt to the wound, Guerrrero also informed Edge that he was fired due to the fact that he was behind the attack on Theodore Long. This however, was soon revealed to be false when Long himself returned during Ziggler's coronation ceremony and declared Edge rehired, the Spear legal and that there would be a World Title match- which lasted all of 4 minutes and saw Dolph cop a spear. Afterwards, both he and Guerrero were fired, with a dejected Dolph on his knees while Vickie screamed at him.

See, here's the thing. It's all very well to be berated by your manager if the manager is respected. But baby faces went out of their way to call Vickie fat or old or whatever. Neither was she respected on the mic in the same way as Paul Heyman, Zeb Colter or others are. In fact most of the roster went around ignoring her.

So, when you have a wrestler who seems to be under said manager's thumb, who doesn't react when she is screaming and whinging at him…What are you supposed to think of said wrestler? It's like Chris Jericho with Stephanie McMahon all over again- with Jericho kinda seen as a third wheel in his own fucking feud!!!

Oh, and Ziggler's reign as World Champion? It lasted 11 minutes and 23 seconds. So not only did it do nothing to put him over, this feud also took a massive dump on the World Title, and the notion that there really was two viable 'A' shows in the WWE.

Couldn't they have at least finished this off at a PPV? Would it have really made that much difference to give Ziggler a half decent match at a PPV for the title without any of the overbooking malarkey? All it did was make Ziggler look like a placeholder while Edge waited to take on Del Rio at Wrestlemania 27.

Not to worry though. In a year and a bit things would be looking up for the show off as he ascend to the top of the ladder to snatch the Money In the Bank Briefcase.

Tune in next time to see how they botched that...