Welcome Back to Part Three of the Invasion Series! Today Daddy's little girl buys herself a company!

At one time it was the most innovative product in the wrestling industry. Based in Philidelphia, the promotion managed to create some of the most unique characters, angles and matches in the history of modern pro wrestling. Sure, it fell flat on its face several times, but the fact that it was willing to take risks beyond that of the main two companies as well as rabidly loyal fanbase that swore by the brand meant that it was never dull. So many WWE and WCW talents cut their teeth there, including Mick Foley, Chris Benoit, Chris Jericho, Rey Mysterio and Steve Austin.

However, while Paul Heyman was a great writer and a fantastic wrestling mind, as a businessman he was...somewhat lacking. This led to ECW closing in 2001 after financial crises began piling up on each other. Heyman moved to WWE as a colour commentator to Jim Ross, where he formed one half of a truly unappreciated commentary team. While he was there, the InVasion broke out and was proceeding from one clusterfuck to the next. What was thought of as a slam dunk for WWE was soon turning out to be anything but as Vince had to deal with a whole new host of wrestlers, a very anti-WCW network who wouldn't negotiate for more wrestling as well as his massive personal ego that simply refused to sell WCW as anything approaching WWE's prestige. 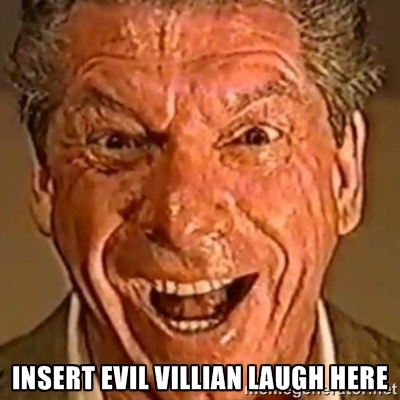 But while Vince saw a problem, Paul Heyman saw an opportunity.

It must be said that Paul Heyman does not die wondering. During his stint as colour commentator with JR, he plugged ECW for all that it was worth (kinda like JBL does with the network only actually entertaining). This, coupled with an online 'anonymous' PR campaign that continued to hammer home the notion of ECW superstars being better than the tired old WCW ones and more deserving to be on WWE TV began to generate some support.

Many people complain that WWE cannot write great angles. Whether this is true or not, what WWE is very good at is coming up with great moments. This was not only unexpected, it actually made a lot of sense. ECW was basically farmed out for stars by both WCW and WWE and it would make sense that some may see ECW as their true home. Heyman's promo wasn't even that spectacular (he was still in shouty-ECW mode rather than the smug manager which would define the best promos of his WWE run) but it got the message across- there was a third side in the war now and everything was up for grabs.

It was truly amazing.

Almost as amazing as the fact that about an hour later, they managed to flush this all down the toilet.

If you had to ask me what was the most disappointing night of the whole InVasion, this would be it. You had so many opportunities to do something with the ECW faction. They could have played off the other two, shadowboxed until they were absolutely sure of victory. Heck, you could have had Raven become much more Raven-y rather than the stuff he was forced to do in WCW and WWE. Tables, chairs, singapore canes could have been their weapons of choice. The WWE and WCW wrestlers may have been more famous, maybe more seasoned, hell even better wrestlers but they would be scared of the ECW guys because they would literally do anything to win.

That's where they could have gone. Instead an hour later Stephanie McMahon was revealed as the founder of ECW and they had allied with WCW to form the Alliance- both focusing on taking down the WWE.

So, in essence, ECW- the greatest anti-establishment unit in the history of modern pro wrestling, with a history of Extreme angles and matches, pals itself up with a man who is the son of the owner of the whole shooting match, while being kayfabe owned by said owner's daughter?! In the same fucking night as they are seen to be reformed?! 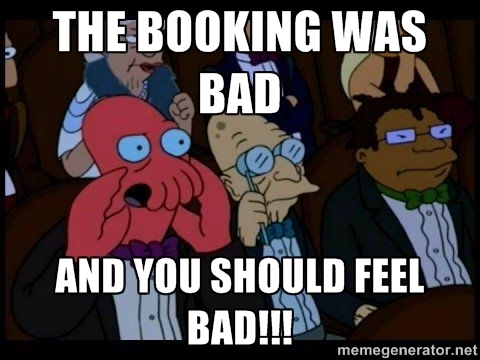 Once again we can speculate that Vince's massive ego got in the way of a great story. That the whole InVasion angle was just a victory lap for him rather than the license to print money that it should have been. But there was no doubt that Vince wanted a viable WCW brand at some level- he had negotiated with the networks after all for some sort of WCW show to be set up. Perhaps Vince did not enjoy the idea of a three-sided feud and felt that the inclusion of ECW muddied the waters for what was supposedly the extension of the Monday Night Wars. But then why run the angle at all? The Alliance vs WWE hardly sounded as compelling as WCW vs WWE.

Vince had a chance to make the InVasion angle work by adding a twist the fans did not see coming. Paul Heyman, founder of ECW would have taken the risk because he would have realised the possibilities would have been endless. Vince, on the other hand, only stagnate an angle that drastically needed a shot in the arm further because he was unwilling to try something different- instead reverting to WWE= great, Everyone Else= Bad.

Well, that's part three of this series. Stay tuned for next time where we examine one of the most confusing, bizarre and downright silly turns in the history of the business.