Where having amnesia was probably a blessing...

Sometimes in wrestling you have to change ideas because of variables that you simply cannot account for. These include injuries, suspensions or the fans simply not buying the angles you are putting on the table. A good example of this was when Daniel Bryan got injured just after winning the WWE Title at Wrestlemania 30. I would wager that said injury probably put a massive crimp in the plans of not only Bryan, but a few other superstars as well.

And then there are some decisions which leave you scratching your head. 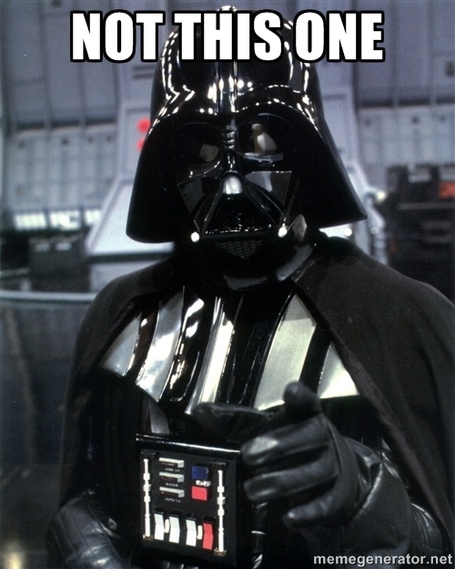 was the WCW World Heavyweight Champion. Unlike his time in WWE where he was booked stupidly (one of many monster heels that have made it to Vince's company only to find that Mr McMahon had no idea what to do with them) in 1993 he was booked as a maniacal monster- sadistic and terrifying with a pechant for inflicting pain and suffering. This was no doubt helped by the fact that although Vader was by all accounts a lovely guy outside of the ring, he was by many of the same accounts one of the stiffest workers ever to lace up a pair of boots.

So WCW in one of their more lucid moments decided to turn Cactus Jack babyface and lined him up to face Vader. At the same time, Mick Foley aka Cactus Jack needed some time off to recover from some nagging injuries. Foley has always been known as one of the more creative minds in wrestling and he pitched what would have seemed a no-brainer idea to booker Dusty Rhodes which will become apparent later in this article.

So Vader and Foley began a program. The first match was won by Vader due to a distraction by his manager. The second match was won by Cactus Jack by countout when he managed to just crawl back into the ring after giving Vader the Cactus Elbow. Both of these matches had Jack taking immense punishment from Vader to convey the notion that Vader would be getting more and more frustrated trying to put Cactus Jack away. Furthermore, this meant the next match would be for the WCW Heavyweight Title. Things were now serious.

This culminated in the third match, where Vader powerbombed Jack onto naked concrete which stopped the match and left Cactus to be stretchered off, with Vader still the champion.

Believe or not, the idea for this stunt was Foley's. He believed that Vader could brutalise Cactus Jack by putting him out for months with a horrible injury. Jack would be over as a babyface because of his immense courage and bravery and Vader would still be hated and feared. Furthermore, when Foley had recovered from his injuries, he and Vader could resume their program with Cactus Jack coming back looking for revenge. What could be simpler? 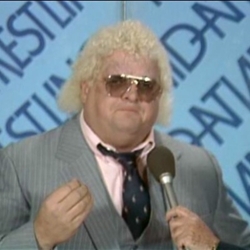 And then he got involved....

Y'see, somewhere along the line apparently the notion of having vignettes with Cactus Jack promoing his hunger for revenge was just too darn dry for people wanting a wrestling feud. It needed levity. So now, Cactus Jack was not going to be telling Vader that he was coming after him when he returned from injury. Instead, he was suffering from amnesia.

So, instead the vignettes portrayed Cactus Jack having escaped an asylum, believing he was some sort of sailor. I have not made that up. I am deadly serious.

The first vignette had 'hilarious' (in some one's opinion- I don't know who) parodies of Rain Man and One Flew Over the Cuckoo's Nest as a female tabloid journalist tried to find clues on Cactus Jack's whereabouts in the asylum from which he escaped from. What mirth! This was compounded by the fact that Mick Foley's wife was represented as a dumpy fat broad rather than Colette Foley- Mick Foley's supermodel real wife because Messr Rhodes in his wisdom decided that Cactus Jack's wife ought not to be so attractive.

We are often told that by some in the booking/writing profession of wrestling that it is not the actual product of wrestling that sells tickets but the stories behind them. However, it's failures such as this one that make one wonder if they are really on the right track. This angle wrote itself- fan favourite babyface cruelly injured by sadistic heel vowing to return to exact revenge. Sounds like a lay-up to me!

Well, apparently to others it did not.

Foley himself was clever enough to see which way the winds were blowing and that these segments (now more commonly known as the Lost in Cleveland segments) would not only put a big dent in the momentum to his Vader angle, but probably would kill it off completely. This wouldn't be so bad if he was on TV and therefore easily utilised but he still had time off and therefore was basically going to be stuck as a guy with no angle in total limbo. In his book Have a Nice Day, Foley describes how he scheduled his knee reconstruction in order to essentially get four months off and allow the vignettes (which by this stage had included a amnesiac Cactus Jack believing himself to be a sailor leading a bunch of hobos to try and improve themselves) to die a natural death, which Eric Bischoff did a couple of weeks later.

The Lost in Cleveland angle showed WCW early on the perils of working with writers- as this was one of the first real attempts at using 'writers' instead of 'bookers' to create, manipulate and polish a wrestling angle. The results speak for themselves with a white hot angle between two of WCW's most intriguing superstars being ruined as a result.

However it also led to the beginning of the next stage of Foley's career.

Cactus Jack in WCW had some very good promos, but looking back on them now, they're kinda...one dimensional. A lot of them are simply about how Foley is going to hurt his opponent or how he's going to win the titles. Some of his promos just have him do things like bashing his head against a chair. Crazy yes, but deep? Not necessarily. As Paul Heyman said, WCW wasn't getting the full potential out of Foley because they were content to pigeon-hole him as a crazy dude. The Lost in Cleveland angle changed all that for two reasons: 1) It started to convince Foley to go elsewhere and 2) It would contribute to the missing ingredient that Foley's promos were missing- an ingredient that would flower in the small promotion of ECW.

And not the earnest serious anger of John Cena's promos either. After, all as angry as Cena can get, it is still the anger of someone who is in a privileged position in the company. No, this was the rage of someone who had been kicked around, overlooked, jerked about by bookers and workers alike. Check out his September 1995 promo- which incidentally I think is better than Cane Dewey. In fact I think it is as good as anything I have seen. In 8 minutes Foley makes you sympathise with him, hate him, fear him and pity him.

This is what Lost in Cleveland helped to bring Foley. For while the work of Mick Foley in the ring got him hitting the glass ceiling, it was his work on the stick- the ability to weave tales of magic that would have audiences hanging on every word- that would have him smash through it. Should we be thankful for it angle then? No. But it goes to show that disasters can have interesting consequences.

That's it for number 29. Stick around for next time where we look at swan songs and where they can go oh so wrong...