Where's Scott Hall with a Stun Gun when you need him?

If you're anything like me you have been very interested to read GrecoRomanGuy's take on the Summer of Punk. If you haven't had the chance, go ahead.

This can be regarded as a sort of brother article to that. This, however is about the other side of the coin, the bad side (well, worse side). Instead of looking at the great work of Phillip Jack Brooks, however, this article will examine a major part of the white noise that managed to drown out the angle and eventually smother it in a layer of dross.

It actually began before the Summer of Punk way back in January 2011 during the largest Royal Rumble in history with 40 men participating. Entrant number 32 turned out to be Diesel aka Kevin Nash to a big pop. While his actual contribution to the match was minimal at best, a seed was planted for an idea later down the line. Alas it would wreak merry hell with the WWE.

Before we go on we should acknowledge where the WWE were in early 2011. As I said before in an earlier article, the roster was looking decidedly lean during this time period. Veterans like Shawn Michaels, Edge, Undertaker and Chris Jericho were either retired, almost retired, on a limited status or on hiatus so the wiser talent to work with for the younger guys was seemingly running out. That is, if the younger talent actually had a freakin' chance at all. The most exciting group of wrestlers this side of the Shield were buried by WWE and left out to pasture.

Which leads us to the next biggest worry of the WWE in early 2011.

See? Even he was concerned.

For it was John Cena that had helped destroy the Nexus Storyline at Summerslam 2010 and frankly as much as WWE would like to have you believe that his character was as popular as ever, by early 2011 he was mud to much of the audience. Nobody cared about him. He had essentially dealt the best damn storyline the WWE since HBK/Jericho a crippling blow and nobody was sure how the business would continue. His Main Event match with the Miz would go down in infamy as one of the worst in Wrestlemania history in terms of ringcraft and storytelling.

All this totally changes the notion that the Once in a Lifetime Main-Event-a-Year-in-Advance-Booking was a sign of innovation. Bollocks. It was a desperate act by a company who was literally treading water not knowing when the next big thing was coming along.

No wonder Phil Brooks was pissed off and cut that promo.

This should have been the moment where the WWE took the football and ran with it up to the stratosphere. Unfortunately, instead they had Nash interfere in a great Summerslam match between Punk and Cena, allowing Alberto Del Rio to cash in on Punk and become the new WWE Champion,

Suffice to say Nash wasn't medically cleared to compete in a match with Punk at Night of Champions (despite John Laurinitis signing him to a kayfabe contract) and Triple H was inserted in his place, with Punk working the idea that Hunter conspired to have Nash attack the winner of the Cena/Punk match. Of course, since Hunter was inserted in the match, it was revealed later on that Nash did not receive the text from Hunter but in fact had texted himself from the Game's phone!! 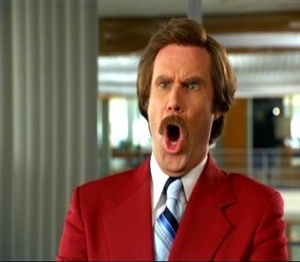 This compelled Triple H to fire Kevin Nash, despite the fact that Nash claimed that he was acting in the best interests of the company. During the Triple H/Punk match at Night of Champions though, Nash still managed to attacked both competitors (security is notoriously bad at WWE events apparently). He then interfered again at Vengeance- costing Triple H and Punk their match against Awesome Truth when he took out Triple H- including powerbombing him. The next night on Raw Nash hospitilised the Game with a sledgehammer attack.

How is he punished for this. New Raw GM John Laurinitis grants him a new contract.

At what point was this guy considered the right guy to take over for JR in Talent Relations? And why?!

Any way, this gets us to TLC where Nash and Triple H decide to finally (and I mean finally- I mean, this storyline has been going on since Summerslam for God's sake and Nash hasn't even had a match) go toe to toe in a match.

Ok. Before we go further, we have to address this stipulation. Ladder matches are great fun. The idea of trying to obtain a contract/title from the apex of a ladder has made for some great moments in WWE history. Razor Ramon/HBK, HBK/Jericho and Undertaker/Jeff Hardy are just three that spring to mind off the top of my head. The thing about these ladder matches though, is that the match ends when someone reaches the top of the ladder and grabs the item.

This match, on the other hand, had a weapon on the top that didn't end the match. Come to think of it, it wasn't really clear if you really had to get the weapon to win the match or if you could just bash the crap out of your opponent with, oh I don't know, a ladder!!! I mean, I know a sledgehammer is Triple H's weapon of choice, but let's face it we're not talking about Excalibur here. Wouldn't a match with Nash's contract on the top of the ladder make more sense?!

Whatever, let's get to the match.

Actually, as matches go...it isn't awful. It's not good either, but it's not Warrior vs Hogan at Halloween Havoc. It takes a little getting used to until you realise that Hunter is actually playing the little underdog babyface, targeting the legs of the big man and selling all of Nash's big moves. Now, while Hunter is not as good at this as, say HBK (and for that matter, Nash is not, say Undertaker), it does make for some interesting storytelling. Add to that a very generous Baltimore crowd who moan at every move (even chanting "holy shit" at what is possibly the worst table bump ever) and you almost forget that the pace of the match is actually really slow at times, and is probably a good 5 minutes too long.

This was supposed to be a match about a friendship betrayed. A personal feud between former blood brothers who were now sworn enemies.

How do I know this? Because I know of the history of the Kliq- the backstage posse that Nash and Triple H both belonged in 1996 before Nash left for WCW. That is 15 years before this match took place.

If I was booking said match and I wanted it to be a big deal, I would surely get footage of both of them together backstage, emphasise the Curtain Call Incident, maybe even talk about how Hunter had to take the whole rap for it while Nash and Hall got huge salaries going off to WCW.

Apparently though, while Vince doesn't think that the audience cares what happened 6 weeks ago, what happened 15 years ago is carved in stone. Except much of the target WWE's demographic (you know, the one's with the fruity pebble shirts and the armbands) probably weren't even born when the so-called seeds of this angle were being planted.

And that's the real problem with this match and the whole damn angle as far as a personal feud. Nobody cared. Most casual and younger fans saw a nostalgia act coming back for the Rumble and lasting 2 minutes and thinking that since he was cheered he should have got a contract. Said wrestler was so into the idea that he didn't even get into the fucking ring until December, even though he was a pain in the arse since August.

But the saddest thing of all is how it ran roughshod over the Summer of Punk.

I'm only speculating here, but I reckon when Diesel came back at the RR, the WWE were more than happy to have him come back for something, as they were still were after that nostalgia factor. Then Punk cut the Pipe Bomb, the WWE should have been smart enough to change plans. Because at the end of the day, this is not a Reality Era feud- with two 40+ guys dominating programming for a good 5 months. That's reminiscent of feuds like Lawler/Cole and Hart/McMahon where creative was looking more for ways to tug at nostalgic heartstrings rather than make great ring chemistry. The trouble was that the WWE were spending so long looking in the past that they let a future prospect slip right through their fingers.

That's it for today people! Next time we examine the neurological dangers of concrete. Oh and a Dreamy booker. See you then!