Where things go from bad to worse.

For all those who missed out on part one, you can read it here.

Suffice to say that on the 28th of June 2012 Christopher Daniels of Bad Influence fame had accused one AJ Styles of being the father of Claire Lynch's baby. The crowd were aghast (those who remembered who Claire Lynch was I mean, as she was only introduced ONE FUCKING WEEK BEFORE IN TNA PROGRAMMING WITH NO BUILD UP AT ALL!!). 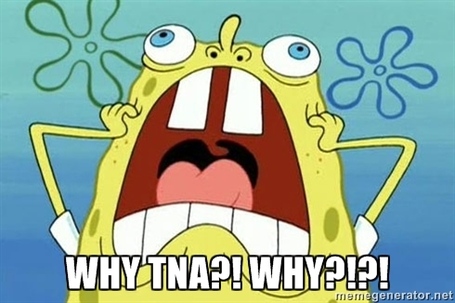 Perhaps it would be best if we went through this step by step.

After Daniels and Styles had a pretty decent Last Man Standing match at Destination X, Bad Influence came out the next Impact (12th July for all those wanting to know) and asked Claire Lynch to come out to answer some questions (incidentally, I have to admit, this promo showed how adept Bad Influence were at making lemonade out of really bad lemons. The part where Kazarian insincerely offers to help Lynch up the ring steps at the 3:00 mark- beautiful heel work.)

This would lead to Styles coming out and trying to defend Lynch's honour only to find out that he was the father of Claire Lynch's baby (to a lukewarm Jerry Springer chant from the audience). 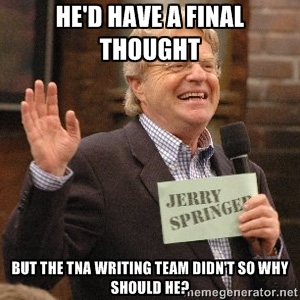 Styles stormed out, claiming that he "didn't know" if he was the father of Lynch's child.

The next week after Styles had a match with Mr Anderson, Lynch turned up again after claiming that Styles "didn't return her calls". Lynch claimed that she had called Styles after feeling like she was having a hard time and after both had a few drinks they ended up in her room. She claimed they had a passionate tryst, unveiling photographs of herself posing with a suspiciously unresponsive looking AJ Styles in bed together (more on this later).

To cut a long story short, Bad Influence then threw Claire Lynch a baby shower on August 3 while Styles was in Australia in order to perpetuate this story and keep it on the radar (once again, Kazarian and Daniels proved that they were actually the only half decent promo workers during this whole mess) which ended infamously with Lynch screaming into the camera with an audience that was just about dead silent.

AJ Styles and Christopher Daniels were at the time part of the Bound for Glory series, so Styles added a special stipulation to their August 16 match. If Daniels won, Styles would admit that the baby was his. If Styles won, he would take a paternity test instead. Styles won the match and so was given his test.

And then if anyone thought this storyline couldn't get any worse for TNA...Well they were proven wrong.

For you see the woman who had played Claire Lynch left TNA after wrestling fans (not known to be the most forgiving of people) began leaving abusive comments of other pieces of her work on YouTube. Having not been properly briefed on what wrestling audiences were like, the actress probably felt hurt and threatened by the way that she was being responded to each and every week on Impact.

So on August 23, in order to clean up the clusterfuck they made for themselves, TNA firstly got Daniels to say that Claire Lynch had a 'placental disruption' (I don't know if Daniels was meant to say placental abruption which is the actual medical term or they were afraid that was too bad taste even for them) and got Dixie Carter's mum (I kid you not) to play Lynch's attorney and claim that Lynch was complicit in helping Bad Influence to blackmail Styles. To do this she spiked Styles' drink with sedatives to render him unconscious and allow Styles to be photographed in compromising positions. Oh, and she was never pregnant.

Ok. So essentially you have an angle that has had a ex-drug addict announce to the world her demons, then spike one of her reformer's drinks to culminate in something in what isn't exactly date-rape but would sure as hell be sexual assault and photograph it occurring. Then, to top it all off, when the actress that plays her decides that she's had enough of being screamed at to leave because the fans have had enough of the angle, you decide for a second to say that she had a complication in pregnancy that can lead to stillbirth. 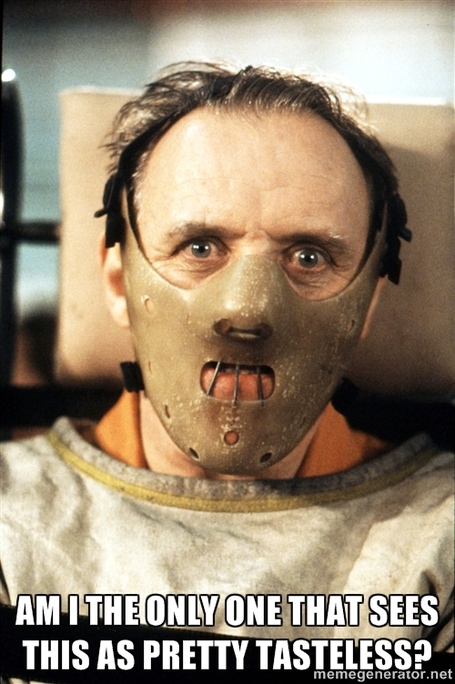 Add to that the fact you have a babyface who has his drink spiked but is so damn stupid that when he is unconscious and doesn't remember a thing after that first Coke, he assumes the worst. Likewise, when he sees that this woman has taken pictures of him essentially lying completely out of it, he doesn't twig that there's something shady going on and it's not just that his libido had a vacation from the rest of his body.

It really is sad, because at no point did it make for interesting television, and yet it dominated so much of the TNA product for a good 8 weeks. At a time when the Bound for Glory race was occurring TNA felt that the best way that they could compete was a horrible storyline that just seemed to suck oxygen out of its live audinces like a massive Hoover.

Some of this can be attributed to the actress who played Claire Lynch and yes she is awful. But then, she is on a hiding to nothing. She was essentially parachuted into a wrestling ring by TNA and given no warning about how to handle a wrestling crowd. Furthermore, after admitting she was in rehab for drugs the first week, she then had to a) tell the world that she was pregnant with the child one of the fan favourites and make that believable despite b) the fact that she photographed Styles insinuating a lack of trust- particularly when one sees the lack of conciousness on Styles part. TNA essentially wrote her as a 'bunny boiler' and then threw her to the wolves.

And it's not as if some of their own have been particularly sympathetic. AJ Styles believed that the angle would have worked had they got someone smoking hot rather than someone you "would never believe that i would touch...with a 10 foot pole". So being a psycho didn't work, but if she was a foxy psycho then all would have worked brilliantly.

In some ways I can understand Styles' frustration. This was yet another angle of TNA's that didn't fit him right. Having said that, however, when looking back at the promos, while Bad Influence were doing their level best to knock their promos out of the park, it must be said that this angle did more to expose Styles weaknesses as a talker and as a promo worker than it did to elevate him as the new face of TNA.

And that's the real significance of the Claire Lynch angle. It's an angle that once again shows the sheer inability of TNA to use Styles in a way that would see him as the future face of the company. This whole angle seemed to have him like a white knight to a friend in need- looking out for those who needed it most. Kinda like this guy. 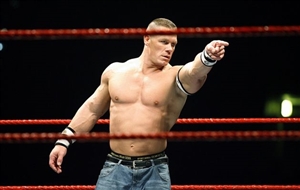 Later on Styles would be repackaged as 'the Lone Wolf' with beard and scruffy hair and much more edgy moves. Kinda like this guy. 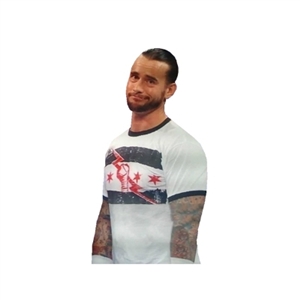 The one thing that TNA have never really entrusted him to do is be. Stone Cold Steve Austin is what Austin is really like. The Rock's swagger comes from Dwayne Johnson. Cactus Jack's promos are vintage Mick Foley. Yet for all of this TNA felt that Styles would be better if they tweaked this, or polished that or emphasised something else. That's how you end up with terrible angles such as this one. It's because creative simply do not trust the locker room talent and so think that they have to spice everything up. When date rape drugs are seen as a possible go to scenario for an angle, you know you are in trouble.

The Claire Lynch storyline marks a massive low in bad taste and awful logic. The crowd just wanted the story to end (there's actually a massive cheer of relief when they find out that Lynch is not pregnant- as they realise that its all over) but TNA would not listen. Instead they allowed their programming to essentially exploit some of the worst aspects of society in order to try and get some cheap heat. If pregnancy complications, drink spiking and drug addiction are staples of future wrestling angles, it would not be an industry I would imagine many would be interested in watching.

That's the conclusion to Article 27! Next time, we examine a pretty ordinary match with a horrible stipulation that ended an angle that managed to derail one of the best opportunities the WWE had in history.

#27 The Claire Lynch Affair Part One