Cause AJ Styles can't be trusted with a wrestling angle. Being a wrestler and all...

Many people have made the analogy in the past that pro wrestling is 'soap operas for men'. There is some merit in that argument. After all, both are shows that continue without a fixed beginning, middle or ending- just story arcs that move from one into the next. Both also have a set of characters that move around in a state of alliance or conflict with one another in order to appease their respective audiences.

However wrestling has a ring. That's where stories should culminate. Whatever promos, angles, segments are thrown at the audience, at the end of the day it all comes back to the fact that the fans wants to see a match between two or more guys in the squared circle in order to cheer for the good guy and boo the bad guy.

TNA strangely missed that memo when putting together this car crash of a storyline.

The story commenced with Christopher Daniels and Kazarian claiming to know a damaging secret about Dixie Carter and AJ Styles which they implied was that the two were having an affair away from their respective marriages. This gained so much traction that Serg Salinas- Dixie's husband- clocked Styles because neither Carter nor Styles went out of their way to deny the affair.

Of course, if it wasn't an affair, what could it be that was so damaging?

All this would be revealed on June 21st when at the end of the night when AJ and Dixie came to the ring at the end of Impact and began teasing some sort of adulterous confession in the middle of the ring and then teased running away together before a newcomer suddenly came down the ramp to join them in the ring.

For any future bookers out there, here's how to take an angle with some crowd intrigue and kill it stone dead within, oh, 3 minutes.

The crowd were intrigued about where this angle may go. I'm not going to say they were hanging on every word here- but this was one of the major faces of the TNA locker room and the one of the bosses seemingly confessing that they had been doing the horizontal tango. People wanted to know what would happen next.

And then a woman called Claire Lynch who no one knew came out and claimed that she was a drug addict and began telling her addiction story to the audience and how Dixie and AJ helped her get to rehab. 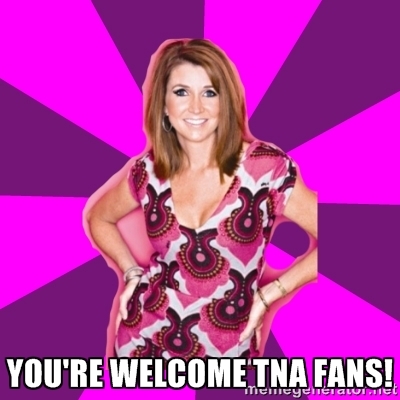 Usually I just rant a bit but this time I want to really break down this promo and show why it is just execrable on so many levels.

1) the Acting and Casting

Ok, if you are going to do an angle like this (we'll debate that point later on), one of the major factors in success or failure is whether the audience can come on this journey with you.

To do this you need characters that your audience can empathise with- laugh and cry with- and generally want to root for to get through their trials and tribulations.

As soon as Claire Lynch set foot into the ring and began her speech they were not thinking "aww, poor dear."

Perhaps Jean-Luc can describe what they were thinking: 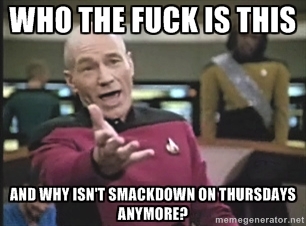 People have complained about her acting, but she was never given a chance to act. She was put into a situation where nobody cared about her- as far as the audience was concerned she was just a nobody who had strolled onto what they thought was a wrestling show and completely hijack it. It'd be like seeing a hobbit suddenly turn up in Blade Runner or Robocop turn up in the WC- oh wait.

Don't get me wrong though, I'm not saying she was Dame Judi Dench. The weeks after proved that. But if we are going to point fingers for bad acting I think that they need to go a bit further. Take Dixie Carter for example. During this promo she seems to think that if she strokes her own hair enough times it will convey emotion and empathetic feelings (it doesn't). As for AJ, most of the time Claire is talking he seems to be pondering deep in thought (perhaps he was formulating a possible escape plan out of this angle). And then there's Christopher Daniels and Kazarian, who you can see are hilariously posed for the camera just for a moment too long before speaking their first line. Essentially it looks very artificial and very much like they were waiting for a cue, rather than cutting to them flustered in the middle of a rant.

So...apparently Dixie and AJ got Claire Lynch to rehab but couldn't tell anyone in order to respect Lynch's privacy- even their spouses? They were more willing to have everyone believe that they were having an affair than tell their spouses what really was going on? Are they spouses compulsive gossips? Do they have some sort of scandal Tourette's syndrome? Are the questions at the TNA cafeteria particularly penetrating?

And even putting aside that, who would care? No one knows who this person is!! I don't, the audience don't, the locker room doesn't. It's not like they were taking Vladimir Putin to rehab, this is some unknown woman. And why would they need to tell her name?! Just say they were taking a friend. That's 'a friend'. Here's an example of how it could have gone.

Serg: Darling, please, are you having an affair

Dixie: No, of course not! I love you! I am just helping a mutual friend of AJ and me. She's going through some difficult times at the moment and we think it would be best if she checked into rehab.

Serg: Well, that's a relief. Should I tell anyone about this.

Dixie: I'd rather you didn't. honey. I'd like to keep this private.

Serg: Very well dear. Let me know if I can help.

It's called being discreet!!! 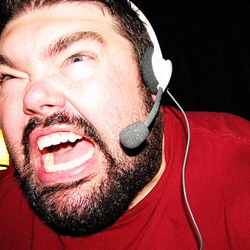 And the third and final point

3) The whole thing is in questionable taste

Drug addiction is not something that wrestling can really take the moral high ground on. Far too many lives have been shortened or ruined in the industry due to a wrestler's vice. So for TNA to suddenly march out an angle based on a woman going to rehab and trying to get sympathy from the audience is really crass. No one believes wrestling is real and there is no way that this sort of promo does anything apart from trivialise what is actually a horrific phenomenon both in the outside world as well as wrestling itself (Victory Road 2011 anyone?). If she was a real drug user, it would be exploitative her as a drug user. But what it is instead is exploiting drug use in such a way to attempt to get cheap heat for an angle that fails abysmally. No one gets over because of it and nothing gets better.

Seriously, listen to the beginning of the promo when it is just Dixie and AJ in the ring. There are cheers and jeers but most of all there's a sense of excitement. Don't get me wrong- it's hardly HBK vs the Undertaker at Wrestlemania 25 but the crowd are interested in what's happening. Then listen when Claire Lynch begins her speech. There's a few boos, but they're not good boos. They're boos that are from fans who are annoyed that a potentially interesting angle has just been flushed down the can.

But at least the story had ended right? We could all go home and AJ could move onto bigger and better things.

Well, y'see Christopher Daniels came on the next week of Impact and said that he had some big news after winning the Tag Team Titles from AJ Styles and Kurt Angle. In another horrible acting performance he announced that the father of Lynch's baby was none other that AJ Styles. 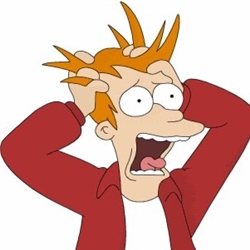