The Elite Eight of the Cageside Seats Greatest Promo Tournament kicks off today with a match-up pitting number three seed Heyman Shoots on Vince against number five seed Cream Rises to the Top.

Cream Rises to the Top: 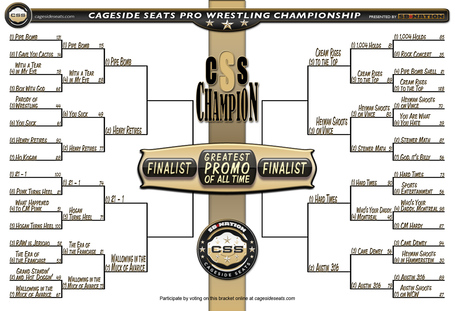