The Final Four round of the Cageside Seats Greatest Manager Tournament concludes today with a match-up pitting number one seed, Paul Heyman, against number one seed, Jim Cornette. Come vote while you can! 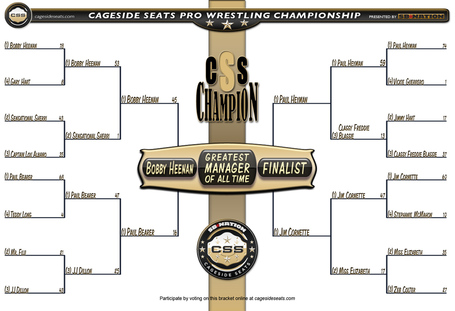