Preview for the January 31, 2014 episode of WWE Smackdown: One More Show

With nothing much else going on, this preview is dedicated to Christian's return. Well, mostly. We do cover everything else you need to know about a post-Rumble, pre-news of Punk's departure show that should be plenty interesting.

Share All sharing options for: Preview for the January 31, 2014 episode of WWE Smackdown: One More Show

What you need to know

Nothing much. It's been a really slow week, actually.

Triple H and his beautiful bride/boss came out to troll a crowd that was almost as ornery as those in attendance for Royal Rumble the night before. At least Hunter kept his "good friend" Batista out of sight. The object of the fans adoration, Daniel Bryan, stood toe-to-toe with the COO to demand the title match that he and his public believe him to deserve.

Rather than answer either the match request or the implied challenge, The Game called out his Hounds...of Justice. Then John Cena and Sheamus ran out to stand with The Beard against that damned numbers game, and we had a main event, playa.

They couldn't hide The Animal all night, though, and the Rumble winner made his way out to interrupt WWE World Heavyweight Champion Randy Orton and re-declare his intention to take the title from The Viper at WrestleMania 30. That brought out Paul Heyman and his most Beastly client to give The Authority three choices: a title match for Brock Lesnar, a #1 contender's match against Batista, or maximum carnage should Aitch and Steph not choose one of the first two.

An answer didn't come, so option C occurred before the end of Cody Rhodes and Goldust rematch against the New Age Outlaws for the tag belts. When champs Road Dogg and Billy Gunn bailed, Brock F5'd the Rhodes brothers.

Around these items and the six-man main, a whole lot of random stuff occurred this past Monday. Probably a combination of the show being re-written on the fly due to some guy heading home early and WWE creative's usual "what's the midcard?" approach to booking Raw.

In no particular order: Bad News Barrett said factually accurate but mean things about Cleveland, Eastern Ohio natives The Miz and Dolph Ziggler fought because Wade said to, Fandango gave back his win to a dancing African-American by losing to an older dancing African-American, Alberto Del Rio defeated Kofi Kingston in a solid match that very few people cared about, The Usos continue to win, The Real Americans won this week because everyone loves Antonio Cesaro and so they could tease dissension when Zeb Colter slapped Jack Swagger, multi-Diva tag matches continue to happen around the flimsy backstory of AJ vs Total Divas while threatening to be train wrecks and building to nothing.

Finally, Cena, Sheamus and Bryan earned spots in the Elimination Chamber match with Orton for his championship when The Wyatt Family attacked John again. The disqualification loss for Dean Ambrose, Seth Rollins and Roman Reigns means that The Shield will not be able to compete for that belt at the February pay-per-view (PPV).

Whoever will they feud with?

What to look out for

Taped on Tuesday, when we all thought CM Punk had just been given a night off. Previews are spoiler-free, but all the particulars can be had now by clicking this link.

What more do you need?

For non-Coalition members, watch as the Elimination Chamber picture continues to take shape, and wonder what booking decisions were a result of Punk's departure.

Do not be on the lookout for crowd reaction to the lack of Straight-Edge on the show. Or direct mentions from characters directed at the Second City Saint. The news didn't break until after this was went down in Toledo.

What they should do

Friday Is Bullet Points. And Sean Is A Captain Charisma Super-Fan.

What we're afraid they will do 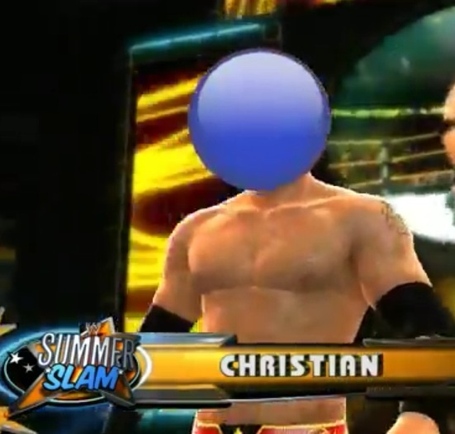 And more face Batista. Not sure which would be worse.

The biggest question about tonight's show is how fans like us will be able to suspend our disbelief regarding what's going on backstage while we watch?

Do you think you'll be able to? Let us know in the comments, and come back tonight for the open thread!