Vince McMahon no longer gives his fans what they want to see.

What does it say about a product that claims to be in the business of "putting smiles on people's faces" and "giving the fans what they want" when the company-appointed (anointed?) returning star -- working as a babyface -- flips off the fans and openly mocks their distaste in the direction of the product. 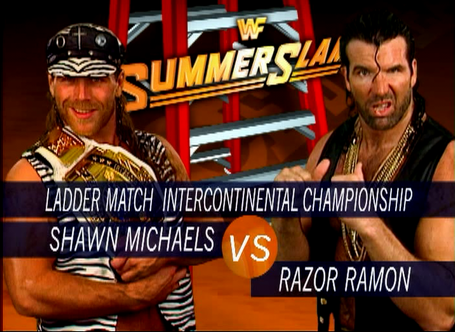 Vince McMahon once upended a SummerSlam applecart (at a time when SummerSlam was the number two show the company ran each year) and pitted Shawn Michaels vs. Razor Ramon in a WrestleMania X rematch. Both were babyfaces at the time and the match seemed to come out of nowhere.

Well, that's because it did.

On commentary, they tried to pass the match (you know, where two guys try to hurt each other enough to emerge victorious) between two good guys off as "sportsmanship" and "a desire to see who was the better athlete." But in reality, Vince took one look at his SummerSlam card and saw that it sucked.

Sometimes being Vince McFickle works to the fans advantage as he basically said "screw it, sometimes you have to give the fans what they want." And so, a year and a half after their first classic, Vince just "went with it" and the "Heartbreak Kid" and Scott Hall put on a repeat performance that wowed the crowd and saved the show.

But that was a different time. Oh sure, WWF was still the top dog in the industry; WCW had yet to put its boot on Vinny's throat but still, it was the era post-Hulk Hogan; Vince was not booking from a position of absolute strength. From that slightly-weakened position, he caved and gave the fans something they didn't know they wanted.

Here we are almost 20 years later. WWE is the undisputed top dog in the industry and there is no competition anywhere close to threatening them. Seriously: TNA could immediately sign CM Punk AND Daniel Bryan and Impact still would only pop a 1.8 rating. It's a sunken ship. There are no more worlds for McMahon's empire to conquer.

Gone are the days when Vince -- reeling from Monday night defeat after defeat -- declared "we're going to listen to our fans and give them what they want." Now we have this: 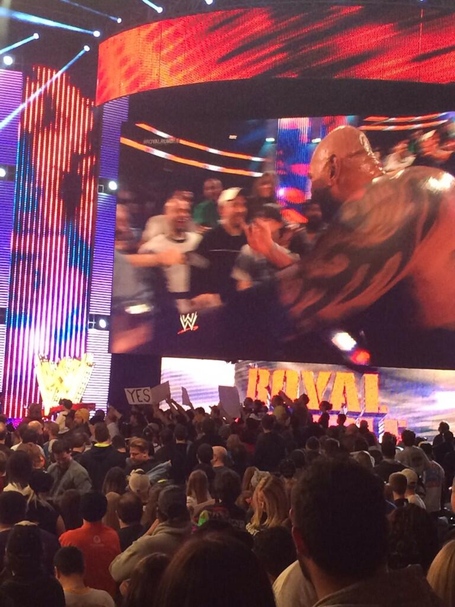 A petulant man-child who has way too high an opinion of himself as a talent and his place in WWE's history, the supposed returning hero who berated and laughed at our frustration. But hey, we only paid money to view the product, who are we to be frustrated when things don't go our way? Really, Batista is the victim here.

His multi-million dollar contract didn't say nothing about the fans not liking him!

Meanwhile, the guy the fans love with as much passion as they had for The Rock circa 2001 is trotted out there and fed to the crowd as a warm up act. We see him main event Monday Night Raw, he'll have the occasional title match or big marquee feud with some hot act, but make him the top guy?

Instead of giving the fans what they want, Vince is trying to have it both ways. Give the fans enough Bryan to satisfy them, while continue to push the big, slow, dimwitted, unskilled behemoths that he's always wanted to push.

So go ahead, Vince. Push your Batista to the main event. Give us Sheamus vs. Bryan at WrestleMania, as has been rumored. Just remember when the fans (and not just the "smarks" but guys like Steve Austin and Mick Foley) are dumping all over it and booing your 30TH ANNUAL WRESTLEMANIA main event out of the building that you were once the man who actually did give the fans what they wanted. In another time.

But you wont have to worry about me as a paying customer in the meantime. Not for the Network, not for PPV. I'm not giving you ratings. I'll go back to reading recaps and watching clips online after the fact RIGHT HERE on CAGESIDE SEATS! 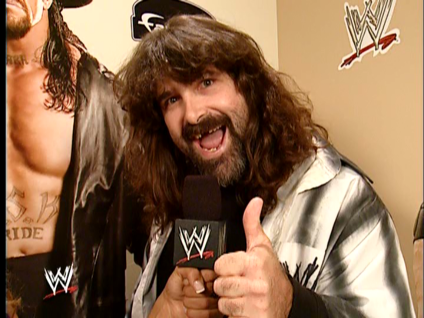