Here's a look back on the Tombstone's path to victory:

That's an impressive list of finishers the Tombstone went over on, including defeating the finisher of the man who has easily had the most success of any other wrestler in tournaments here on Cageside in the final match.

That does it for this tournament. Thanks for participating!

A look back on past tournaments: 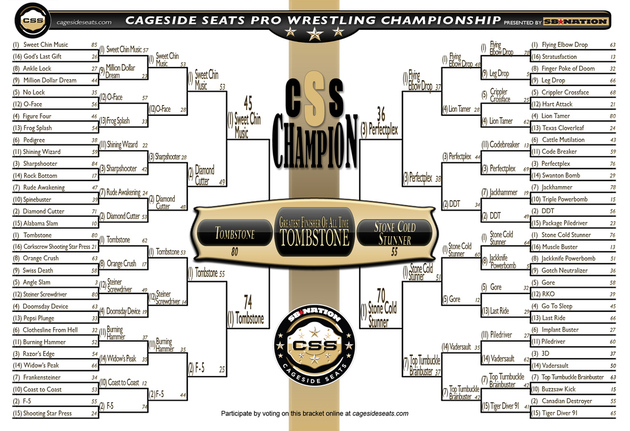