We already know The Last of Us will be good, but what does that mean for Payback?

The Last of Us is a new title available exclusively on the Playstation 3 video game console. It has received near universal praise from the community of critics and is being hailed as possibly the crowning achievement of this generation of game systems.

I have purchased this game and can't wait to play it as soon as I finish writing this column. I know it's going to be amazing based on the overwhelming critical response and the track record of the game's creative team Naughty Dog to create polished and fun experiences for their players. The game costs about $60.

You know what also costs about $60? This Sunday's WWE Payback pay per view show. Now unlike some minor PPV events, this one looks to be packed with intriguing match ups. Wrestling writers ranging from Grantland's The Masked Man to Cageside Seats' own Hulk Holland have heaped praise onto the scheduled match card.

The trouble is that there is no way to know if this admittedly good looking wrestling event will be worth your hard earned disposable income. It is, after all, a live event with real competition, real egos, and real drama, playing out live before your eyes. Sports, in general, suffers from this problem, but only in the fight game are we asked to pay money directly for the honor to watch a single event.

The flip side of this dilemma is that I know going in that The Last of Us is going to be a total delight full of fun encounters, fast action, and tense survival horror situations. So what does that leave me to discover on my own? With sports, you never know what game or match is going to be the one that we remember forever. And it's that surprise that makes a wrestling card or other sports event the greatest and most pure form of entertainment.

We all know how good pre-reviewed entertainment will be, but perhaps WWE Payback will be on of those special nights where critics and fans experience the event together and simultaneously decide that it was worth watching.

US OR INTERCONTINENTAL TITLE BOUT = 1 POINT

The WWE season begins on the day after WrestleMania 29 and culminates with WrestleMania 30. The wrestler who accumulates the most points over the course of the season, wins the coveted Wrankings Championship! 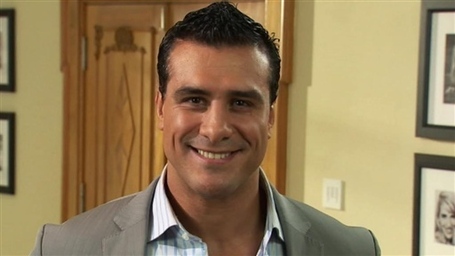 Thanks for reading Cagesiders. We'll see you back here next week!