Here's the full schedule for the Sweet Sixteen round in the Cageside Seats Greatest Tag Team Tournament.

We're now two rounds deep into the Cageside Seats Greatest Tag Team Tournament and the lowest seed still remaining in the dance is a number five seed, the Wild Samoans, who have gotten far more support around these parts than I think any of us could have possibly imagined.

One could argue this has made for a somewhat predictable tournament so far but one could also argue that the elite are obvious and now it's time to let them duke it out now that we're deep into this thing. 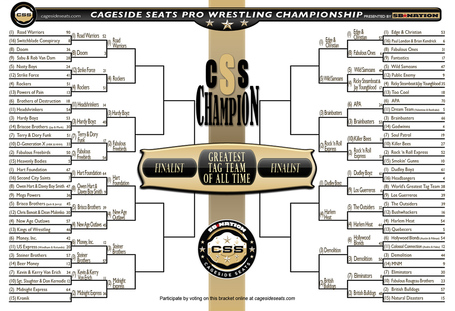