The Final Four round of the Cageside Seats Greatest Tag Team Tournament concludes today with a match-up pitting number one seed the Dudley Boyz (Bubba Ray and D-Von) against number three seed the Brainbusters (Arn Anderson and Tully Blanchard). 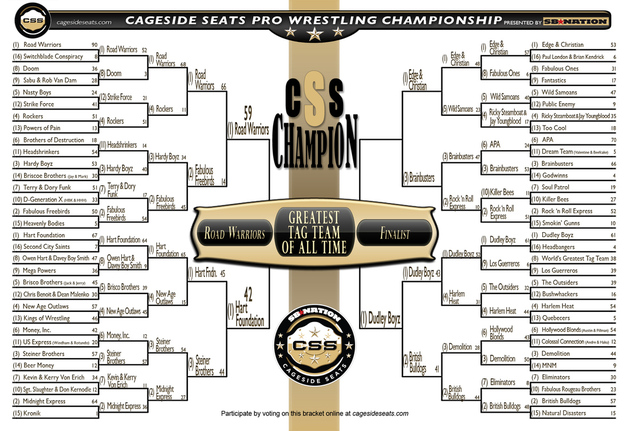