Foley is one of the most beloved pro wrestlers in history, having gone through unbelievable amounts of pain just for the entertainment of whatever audience paid for a ticket to see him. His career highlights include the Hell in a Cell match against Undertaker in 1998, winning the World Wrestling Federation (WWF) championship from The Rock in 1999, and countless matches against Terry Funk all over the world.

Simmons was the first black man to win the world heavyweight title in World Championship Wrestling (WCW) and one of only two black men to do so before the company shut down in 2001. A big man who was more athletic than he ever had any business being, Simmons mixed speed with power to create one hell of a worker. His later work with the WWF was highly regarded, though he never reached the same heights as his time in WCW.

Seeing as both men worked with WCW and the WWF during the same time frames, these two have crossed paths many a times. But who will go over in this one? 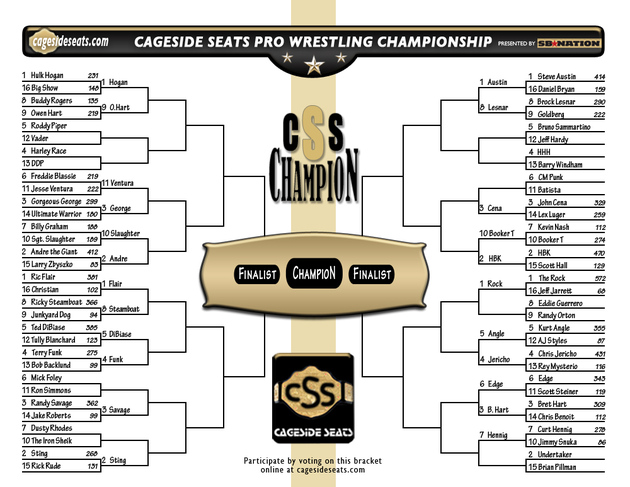