Hulk Hogan may have the most recognizable name in pro wrestling history but André the Giant has to be right on his heels. It's fitting, too, that one of the most famous matches in World Wrestling Federation (WWF) history came between the two at WrestleMania 3. Put simply, André was a legend in his time, a major attraction known as "The Eighth Wonder of the World." He was also the very first inductee into the WWE Hall of Fame. As far as babyfaces go, it didn't get much bigger.

Zbyszko was a mat technician who relied on skill over brawn. His early work with one time mentor Bruno Sammartino resulted in a heel turn for the ages and an unforgettable series of matches that drew a ton of money in early 1980. He would go on to become an accomplished wrestler throughout various promotions before becoming well known as a color commentator with World Championship Wrestling (WCW) in the late 90s.

Seeing as André was undefeated for 15 years before losing to Hogan at WrestleMania 3 (right? right?), Zbyszko never got the chance to go over on him. But he can pull a major upset now. Or can he? 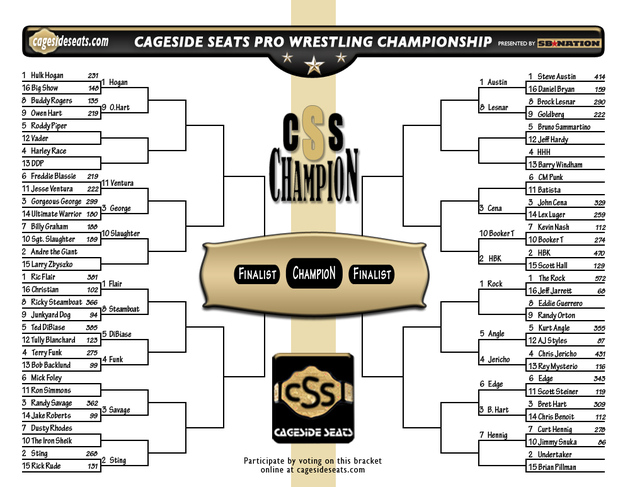