No Way Out 2012 poster features Daniel Bryan and AJ

Share All sharing options for: No Way Out 2012 poster features Daniel Bryan and AJ 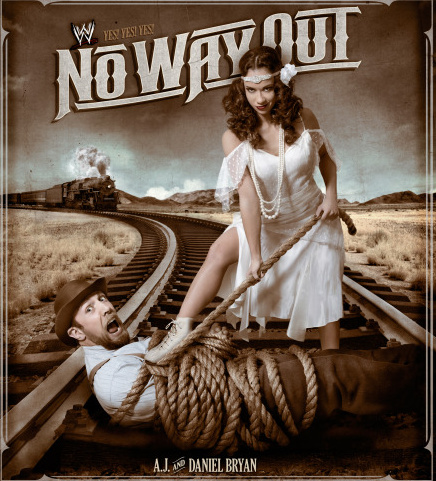 So this is easily one of the best posters ever, and not just because it features AJ.

The poster for the return of the No Way Out pay-per-view has been released, as you can see above, and it features AJ getting her revenge on Daniel Bryan in the form of tying him down on train tracks with a locomotive headed his way.

Which is just awesome.

Presumably, that means their storyline will stretch out over the next two months, as No Way Out isn't scheduled to go down until June 17, 2012, at the IZOD Center in East Rutherford, New Jersey.

This is all assuming this isn't fan made, which it definitely could be. But why do the best posters always seem to be fan made?