The final match in the Elite Eight round of the Cageside Seats Greatest Matches Tournament saw "Bret Hart vs. British Bulldog, SummerSlam 1992" advance to the Final Four.

Cagesider Kanenite came in at the final second -- literally, just before voting closed for the night -- and voted for "Bret Hart vs. British Bulldog, SummerSlam 1992" over "The Rock vs. Stone Cold Steve Austin, WrestleMania 17." 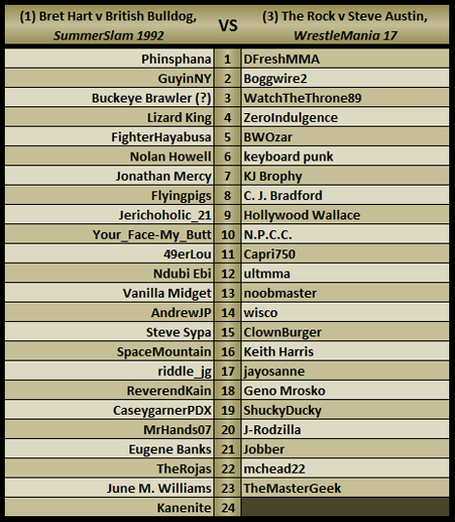 That does it for the Elite Eight round, folks. We'll see you next Monday for the start of the Final Four.