In the final match-up in the Elite Eight round of the Cageside Seats Greatest Matches Tournament, "Bret Hart vs. British Bulldog, SummerSlam 1992" takes on "The Rock vs. Stone Cold Steve Austin, WrestleMania 17." 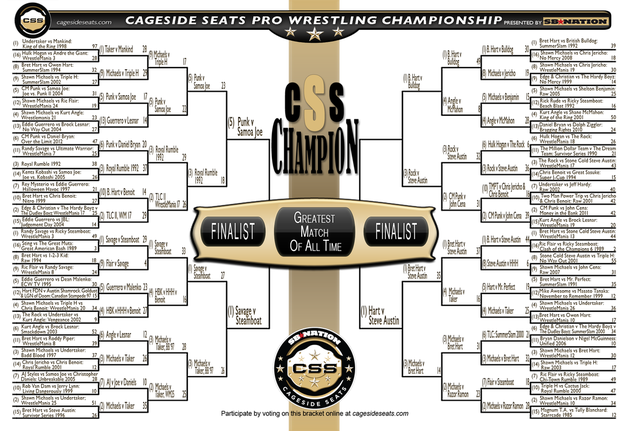